Maddox CEO John Russo on the Rise of STIK

With the street art genre seemingly taking over the contemporary art world, we talk to John Russo about the scene’s latest star and consider the reasons behind his burgeoning success.

On 27th April 2021, Untitled (2009) by STIK was sold at Bonhams’ Contemporary Art sale in London. Predicted to go for a high estimate of £7,000, the acrylic on cardboard went under the hammer for over £27,000, raking in nearly four times its estimated price. This is just the latest milestone in STIK’s rapidly increasing popularity in the art world. With collectors and investors alike all wanting artwork by STIK, we speak to Maddox CEO, John Russo, to garner some insight into why the anonymous street artist is in such high demand.

His works appeal to everybody.

“The thing about STIK is that his works are universal. Anyone can identify with his characters. His art speaks to everyone regardless of their age, gender, race or religion, making his appeal global”.

Creating his iconic figures with two circles, two dots and four lines, the simple construction of STIK’s characters mean that their identity remains undefined. Unlike the work of other street artists, who often root their subjects in specific political or social causes, STIK’s approach to subject is more general. Championing notions of love and unity, STIK’s artwork is for everyone. Often favouring the approval of the surrounding societies, rather than official authorities, STIK’s murals are embraced by the public and often become a central part of the community.

He has an inspirational backstory.

“STIK’s backstory is truly inspiring. He began painting while he was living in shelters and on the street. His dedication and raw talent have seen him push forward against adversity and forge himself an extremely successful career”.

Living in St. Mungo’s hostel in Hackney until 2011, STIK has been homeless for a large proportion of his career. Creating his art as a way to ‘give back’ to the community who helped him, STIK’s inspiring personal history influences the very core of his work. Talking to The Big Issue about his past, the artist reportedly noted that he “had carrier bags filled with drawings but when [he got] evicted from a squat or moved on from somewhere, [he lost] loads of [his artwork]”, to remedy this, he started creating works on the street.  “For me, painting on the streets was the safest place to keep my art”. 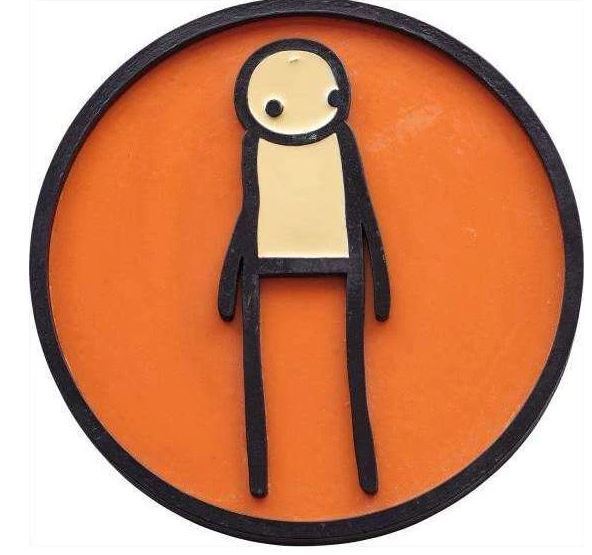 He is a social activist.

“He is an artist with a conscience. His philanthropic efforts are vast and wide-ranging, and he gives back to his community in a number of innovative and meaningful ways”.

In 2014, STIK created Big Mother, a 125ft mural on the south side of a social housing tower in Acton, London, that was due to be demolished. The work was created in protest of destruction of social housing and this message was immortalised when Charles Hocking House, and the mural on its wall, was demolished in 2018. Portraying a mother solemnly holding their child, a few bricks from the mural were salvaged and these were consequently auctioned in order to raise money for a free art program for the former residents of Charles Hocking House. This is just one of many charitable initiatives STIK has undertaken throughout his illustrious career, with the artist also working with a number of homelessness charities and youth initiatives across the capital and beyond. 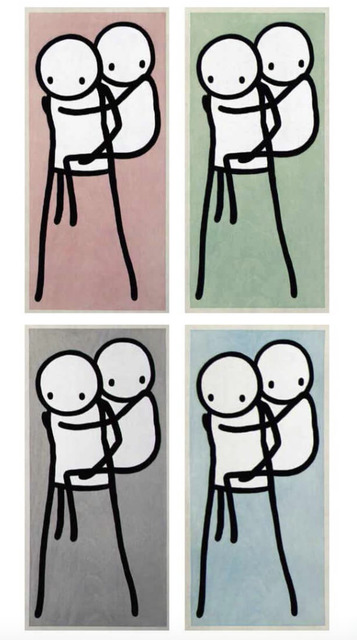 He carefully controls his market.

“Much like Banksy, STIK has been incredibly smart about the way he controls his market. Demand for his art is high and yet he has only produced a limited amount of works. As a result, when his popularity inevitably continues to increase, his market will go from strength to strength”.

An independent artist working outside the confines of the traditional gallery system, STIK has total control of what he creates and when. Creating a limited amount of works, his art is rare and greatly sought after. Over the past year, there has been an exponential rise in demand for the artist’s work, driving the rarity of his work even higher. For both collectors and investors alike, STIK is one of the next big street artists to watch.