7 Things Every Collector Should Know About Coco Dávez

From collaborating with designer brands to creating an artwork for Netflix, we detail everything you need to know about the Spanish portrait painter.

Born in Madrid in 1989, Coco Dávez is an internationally renowned artist celebrated for her pop portraits of famous faces. Using bold colours and a stylised approach, her artworks have been exhibited across the globe from London to Hong Kong. In honour of the talented artist, we look at seven things every collector should know about her and her practice. 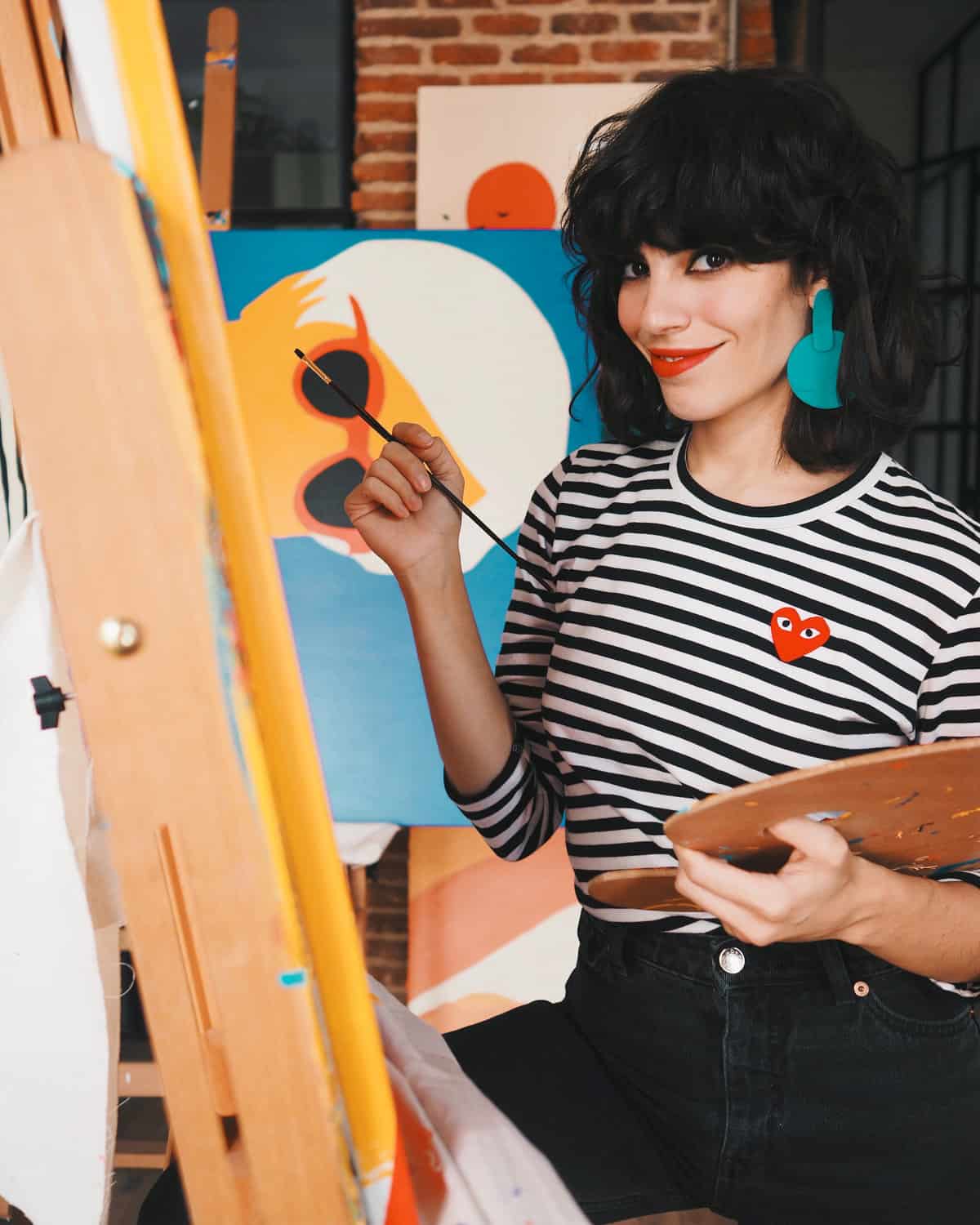 She only started painting at the age of 21 and is self-taught.

The artist now known as Coco Dávez was born, Valeria Palmeiro in 1989. Although she was an extremely creative child, she did not start painting until the age of 21 in 2010. The artist is completely self-taught and directly quotes Pablo Picasso as a key influence on her practice, especially his germinal work Demoiselles D’Avignon (1907). Almost instantly after she started releasing her work on social media - which remains one of her primary platforms for sharing her work to this day - she started gaining the attention of various galleries and publishers, as well as collectors and critics.

She discovered her iconic faceless style by accident.

Creating faceless portraits that depict celebrities, Coco Dávez stumbled across her signature style by accident. On the subject she reportedly stated that, “it’s funny – I was painting a portrait of Patti Smith and the result was horrible. In my frustration I erased her face with the leftover red paint I had. Suddenly, I saw her. Although I couldn’t see her face. I could still see Patti. It was a lucky mistake”. This continues to be Dávez’s principal style.

She paints everyone from artists and musicians to politicians and actors.

Dávez has painted nearly every famous face you can image, from artists like Andy Warhol and Yayoi Kusama to musicians like Elton John and Prince. The artist also creates group portraits including paintings of the Chicago Bulls basketball team and the legendary music group the Beatles.

Although quoting the legendary Cubist artist, Picasso, as a key influence, Dávez’s work is largely an homage to the pop art tradition. Her use of a bright, bold, and vivid palette echoes that of Roy Lichtenstein, Andy Warhol and Keith Haring and her flat application of colour only reinforces this link. In addition to this, her choice of celebrity subjects also pays tribute to the Warholian tradition as he largely popularised the merging of art and celebrity culture with his screen print portraits.

She was commissioned by Netflix to create a cover image for Stranger Things.

The artists clean line work and command of colour lends itself to graphic design and in 2019, Netflix commissioned Dávez alongside nine other artists to create a unique poster for the hit Sci-Fi series Stranger Things. Giving each artist a different chapter to interpret, Dávez was presented with Chapter 3, ‘Holly Jolly’ and made artwork for the episode in her iconic faceless style. 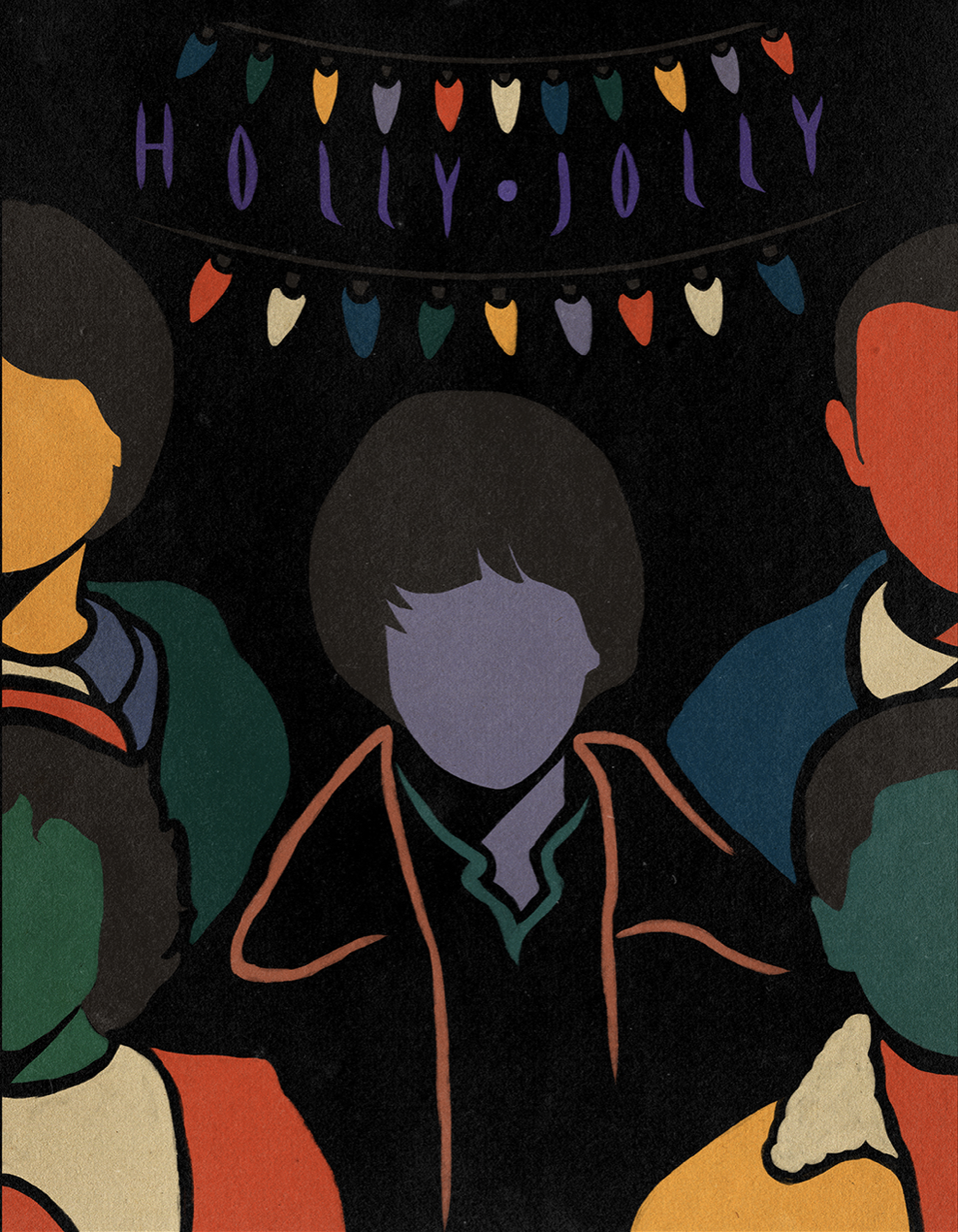 Her art has been featured in publications like Vogue, GQ, Elle and Tatler.

Coco Dávez’s work has not only caught the attention of critics and collectors in the art world but also it has captured the interest of revered journalists, with her work being featured in lots of different publications. From Harper’s Bazaar and the Evening Standard to GQ and Vogue, the Spanish artist has appeared in the world’s best newspapers and magazines which has only widened her committed and diverse collectorbase.

She has collaborated with many prestigious brands including Prada, Chanel and Swatch.

Her colourful designs have caught the eye of global brands meaning that the artist has collaborated with numerous top companies, including fashion brands, prestigious alcohol manufacturers and renowned cosmetic retailers. In 2019, the artist was commissioned by Prada to create art celebrating their perfume in her vivid style. Combining vibrant yellows and oranges, Dávez also created video art to commemorate the eminent brand. 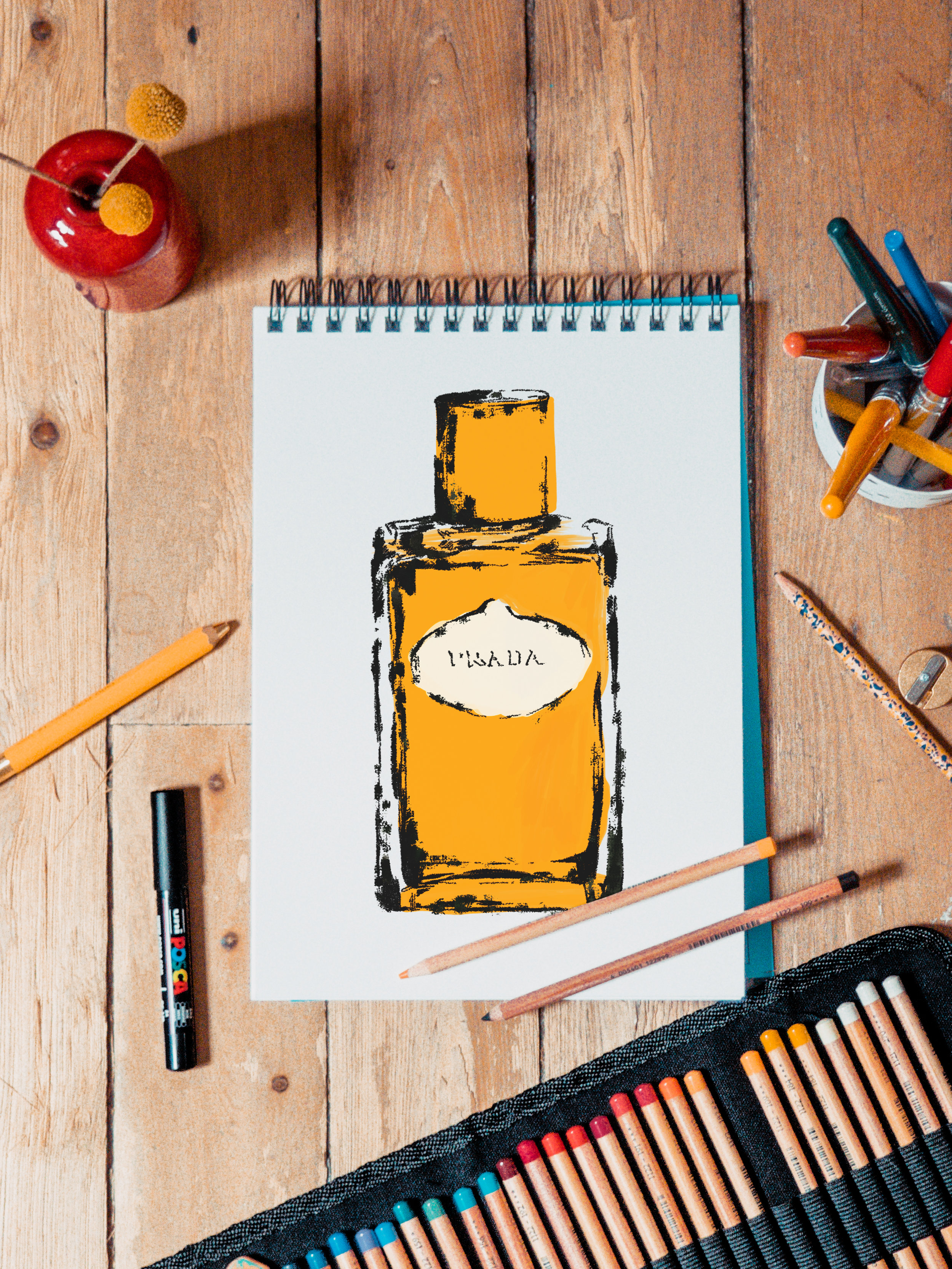