The History of Damien Hirst Through 5 Iconic Artworks

We synthesise the wide-ranging practice of this notorious artist by taking a deep dive into five of his best-known works, detailing the hidden story behind his celebrated imagery.

Born in 1965, Damien Hirst is praised for launching the YBA movement (Young British Artists). Studying at Goldmiths College in the late 1980s, Hirst curated his first exhibition in 1988 entitled Freeze. This exhibition would go on to define the face of British contemporary art as we know it with artists such as Sarah Lucas, Gary Hume and Hirst himself exhibiting together in a derelict building at Surrey Docks. Visited by prominent artists and dealers of the era including Sir Nicholas Serota and Charles Saatchi, the exhibition won critical acclaim and launched the careers of many of the YBAs. It cemented the young Hirst as a household name at the mere age of 23.

Since then, Hirst has gone on to dominate the global art scene with his multi-disciplinary practice. Although he is best known for displaying dead animals, such as sharks, zebras and cows, in formaldehyde tanks, the artist has worked in a range of mediums. From cigarettee butts behind glass cabinets to diamond encrusted skulls, he has experimented with a wide range of materials, techniques and subjects. We explore the rich history of this artist, through five of his most iconic series, detailing the story behind some of his most important motifs and themes. 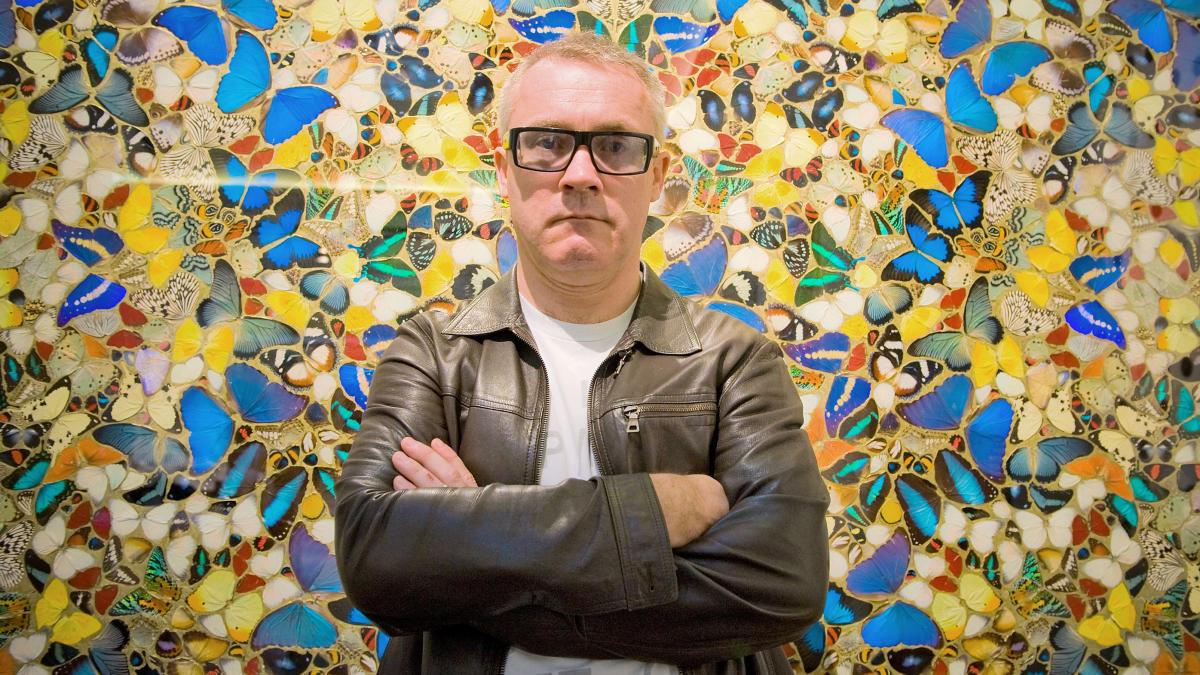 Among some of Hirst’s most recognisable works are the British artist’s Spot Painting series. First exhibiting them in the third and final iteration of Freeze, the series is defined by uniform looking multi-coloured dots on white backgrounds. On the series the artist reportedly notes “it was just a way of pinning down the joy of colour… I’ve always had a phenomenal love of colour [and] … that’s where the Spot paintings came from—to create that structure to do those colours and do nothing. I suddenly got what I wanted”. The machine-like precision of the carefully placed dots challenges traditional notions of painting, with Hirst seeking to create the series with a mechanical accuracy that relinquishes his role as artist. While the perfect forms of the meticulous dots erases his presence as creator in a seemingly Warholian way, the contrasting spots and white background encourages the viewer to experience colour alone, evoking a psychological reaction that is at once both calming and disruptive.

In 2013, Gagosian published a full survey of Hirst’s Spot series, detailing every work in existence from 1986 to 2011. Detailing approximately 1,500 works, the comprehensive volume boosted confidence in Hirst’s market as previous to its publication, the exact number of Spot paintings were unknown.

Following the initial Spot series, the artist has gone on to create many different iterations, including the subseries Pharmaceutical paintings and his more recent Colour Space paintings. Each of these body of works utilise the practice of placing dots of colour on a blank background. His Colour Space series sees the artist take a juxtaposing approach to precision. Similar to Spot paintings in palette but differing in ethos, the series contains tightly packed daubs of colour, imperfectly arranged on the canvas. The messy mark-making can be interpreted as the natural evolution of the Spot painting for a contemporary audience.

Butterflies are synonymous with Damien Hirst. In 1991, he first exhibited with the insects in an exhibition entitled In and Out of Love. The installation, situated in a humid room in a Soho London gallery, saw the artist glue ready-to-hatch butterfly pupae to canvases. Emerging from their chrysalises, the room was full of fluttering butterflies, feeding on rotting fruit and sugar water until their short lifecycle came to an end and their fragile form was promptly disposed of by security staff. Unsurprisingly, the exhibition caused controversy but sensationalism triumphed when in 2012, Tate Modern recommissioned the installation.

To Hirst, butterflies are the perfect representation of the cycle of life. Their beauty and ability to fly represent freedom and their unique metamorphosis mirrors the cyclical sequence of death and resurrection. On the subject of the butterfly motif, Hirst has reportedly noted that it is “all about universal triggers… Everyone’s frightened of glass, everyone’s frightened of sharks, everyone loves butterflies”.

His affinity with the insect means that it is a repeating motif throughout his oeuvre. From arranging their wings into kaleidoscopic arrangements to transforming them into psychedelic stained glass windows, the artist continues to use the image of the butterfly in his artwork to this day.

Hirst notes that “there are four important things in life: religion, love, art and science… Of them all, science seems to be [an important] one ... Like religion, it provides the glimmer of hope that maybe it will be all right in the end”.

As a child, Hirst was struck by people’s ability to put their faith in science but not in art. On the subject he states “I like the way art works, the way it brightens people’s lives up…but I was having difficulty convincing the people around me that it was worth believing in. And then I noticed that they were believing in medicine in exactly the same way that I wanted them to believe in art”. As a result, Hirst often incorporates medical packaging into his artwork like in his 2012 Pharmacy installation at the Tate and in his ongoing medicine cabinets series that have become world-renowned.

In 2005, the artist hosted a globally celebrated exhibition called New Religion, which had the specific intent of exploring the triad of science, art and religion. Exhibiting across the world, from Oslo to Moscow, the esteemed show was curated to feel like an ecclesiastical experience, with screenprints and sculptures detailing everything from the Creation of the World to the Stations of the Cross.

One of the first times Hirst explored the synergetic relationship between faith, science and art was in the 1990s. The artist created The Last Supper, an iconic series of 13 prints that reimagined Jesus’s Last Supper as classic British food items in the form of pharmaceutical labels. From Steak and Kidney to Beans and Chips, this tongue-in-cheek series epitomises the artist’s exploration of these key themes. 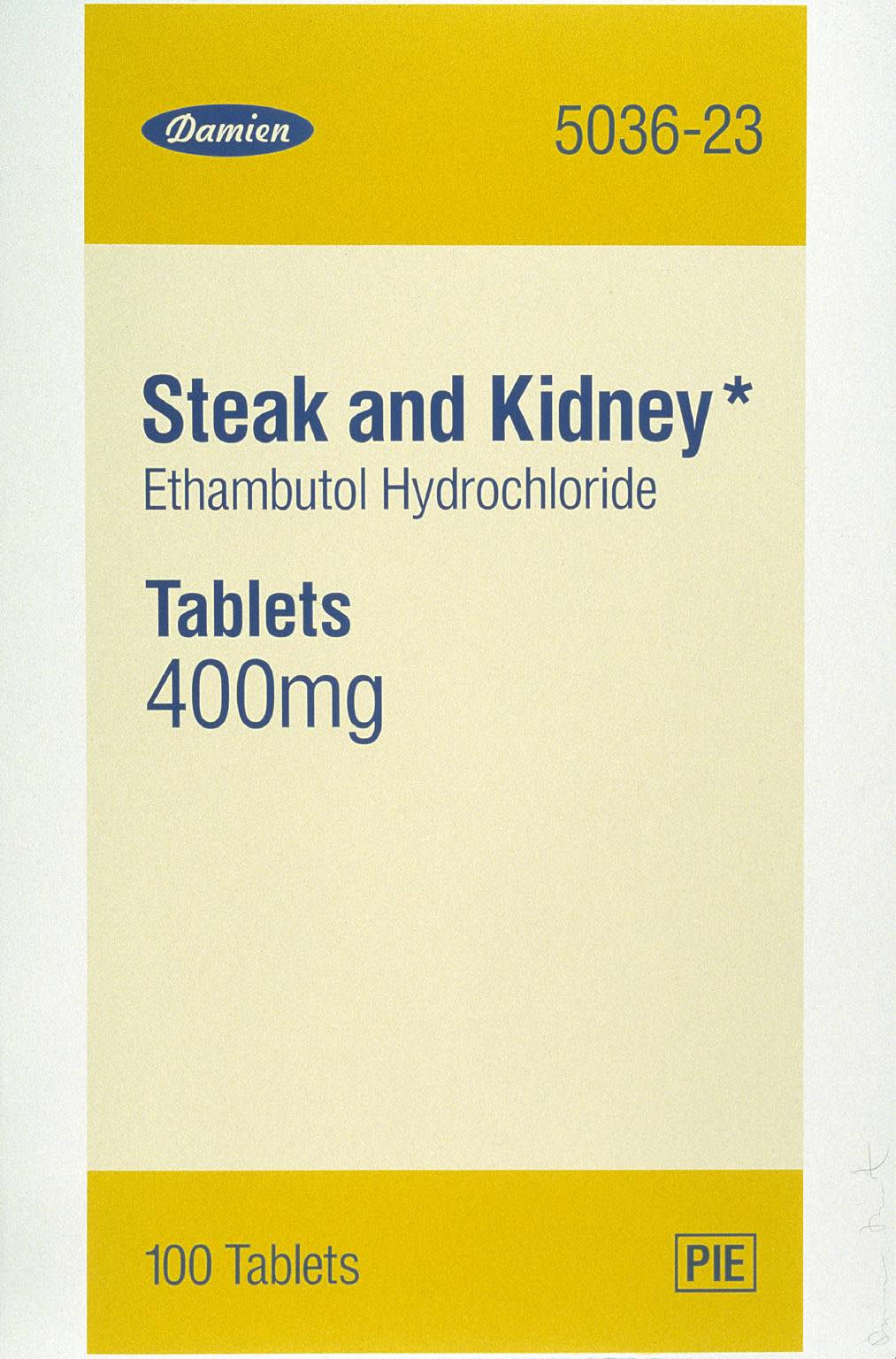 In 2007, Hirst made headlines when he produced a platinum cast of an 18th century human skull encrusted with 8,601 diamonds, including a 52.4 carat pink diamond inset in the front of the cranium. Proclaiming victory over decay, the celestial skull was akin to a contemporary vanitas, reminding the viewer of their own mortality. When asked about the skull, Hirst stated that “I just thought what’s the maximum you could pit against death and a diamond came to mind”.

Costing £12 million to produce, the work was displayed in London before travelling to Amsterdam where it was exhibited at the historic Rijksmuseum alongside a collection of paintings from the museum. The artwork then travelled to Italy, Qatar and Norway where it was displayed at prestigious locations such as the Palazzo Vecchio.

The artist notes that “every artwork that has ever interested [him] is about death” and much like the butterfly, the skull is a reminder of the fragility of life. His sculptures and screenprints that reference it allude to the iconography of memento mori paintings, which as an art form date back to the Dutch Golden Age. Translating to ‘remember that you will die’, memento mori is an artistic motif that acts as a reminder of the inevitability of death. By Hirst fusing this classic iconography with £12 million worth of diamonds, the artist reminds the viewer that in spite of wealth, no one can escape the inevitability of death. 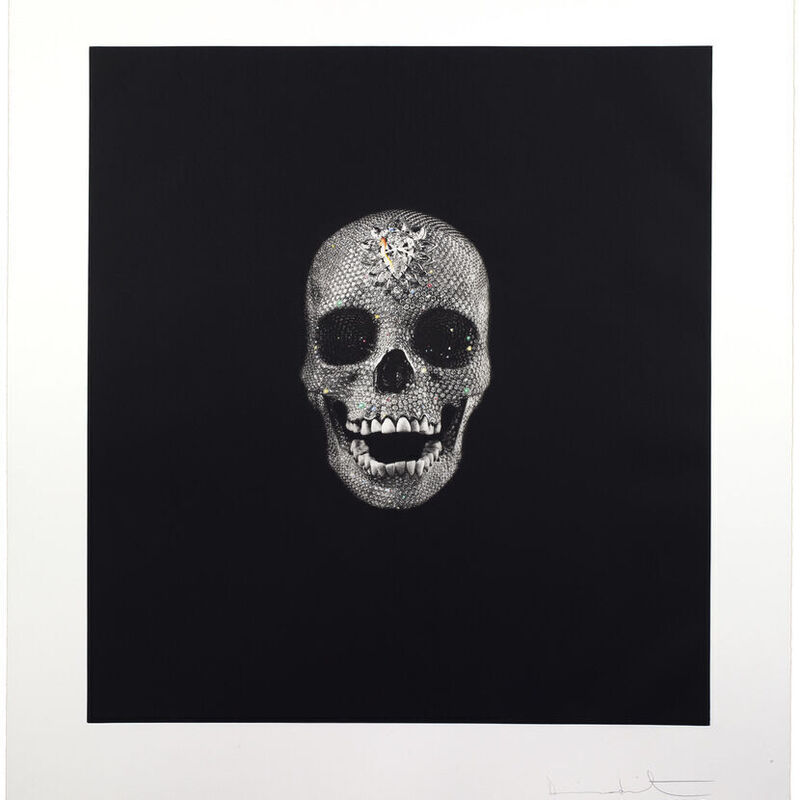 Hirst’s latest series, Cherry Blossom, completely diverges from his earlier practice with the artist hand-painting blooming trees from nature. Hirst notes that “the Cherry Blossoms are about beauty and life and death. They’re extreme—there’s something almost tacky about them. Like Jackson Pollock twisted by love. They’re decorative but taken from nature. They‘re about desire and how we process the things around us and what we turn them into, but also about the insane visual transience of beauty—a tree in full crazy blossom against a clear sky”.

Rendered in bubble-gum colours, there is a unique joy to Hirst’s latest series. Although still fascinated with the cyclical nature of life and death, their bright palette and thick painterly brushwork allude to a celebration of life that triumphs over death and decay. On the process of their creation, Hirst has said “It’s been so good to make them, to be completely lost in colour and in paint in my studio. They’re garish and messy and fragile and about me moving away from Minimalism and the idea of an imaginary mechanical painter and that’s so exciting for me”.

With his latest series so completely departing from his earlier works, the future of Hirst’s practice is uncertain. From carved mammals and live insects to blossoming trees rendered with heavy impasto, Hirst is as iconic as he is unpredictable. Yet, one fact remains. Damien Hirst has irrevocably changed the landscape of contemporary art and his legacy will continue to shape the future of art for many years to come.

Screenprint in colours with glitter on wove paper