Ahead of the opening of our latest group exhibition, 'Post-Pop!', we look at the evolution of Pop Art and consider the different mediums and artistic styles the genre still influences today.

This Summer, Maddox Gallery are pleased to present 'Post-Pop!', an international group show, inspired by the lasting effects of the Pop Art movement, exhibiting at our Gstaad and London locations. In honour of this exhibition, we look at the history of Pop Art and consider some of the genres and styles that still take inspiration from the 1960s movement.

THE HISTORY OF POP ART

Emerging as early as the 1950s, Pop Art is an artistic movement defined by the investigation of the everyday and the banal. Developing in the United Kingdom with artists like Richard Hamilton, the genre was initially fuelled by a British fascination with American culture. Captivated by mass production and consumer goods, artists living in Post-War Britain looked on at the United States with envy as the United Kingdom were gripped by austerity measures (although the reality in America was quite different). British Pop crudely cut American popular culture from its original environment, recontextualising the excerpts of heroic comic strips and glossy advertisements within a largely ironic framework. 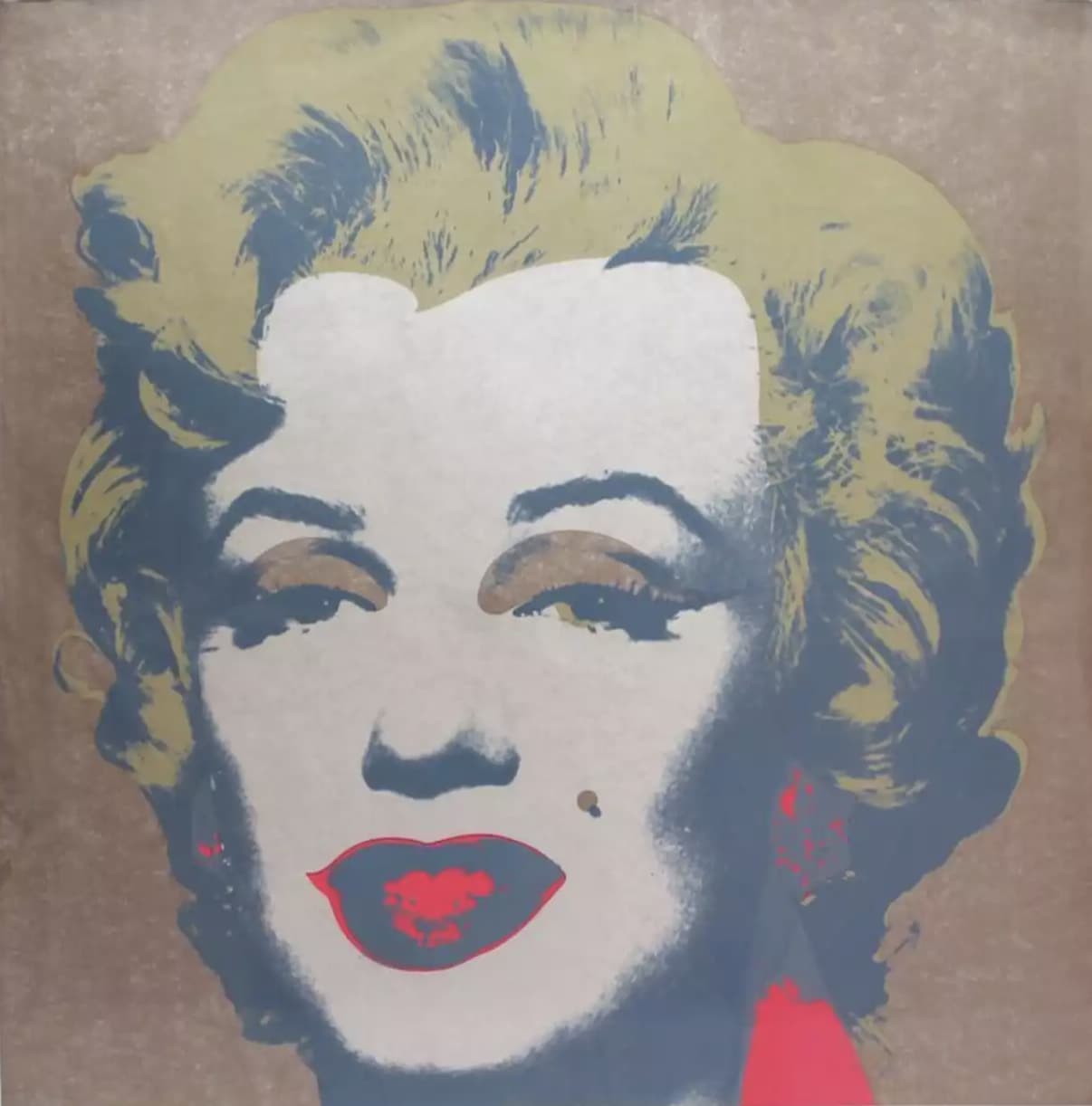 As the popularity of British Pop increased, so did the demand for accessible art across the pond. Since the Second World War, the United States had favoured abstract art due to its illustration of American values, championing freedom and expression. Yet, there was a demand for a departure from this Academic and propagandistic style. Thus, American Pop was born.

Whereas British Pop looked at American culture with a degree of separation, American Pop artists were inspired by their lived experience. Although both divisions of the genre explored the same subject matter, in the United States artists moved away from the emphasis on personal feelings and attitudes, arriving at a version of Pop that felt more impersonal and apolitical. Artists like Andy Warhol, Roy Lichtenstein, and James Rosenquist, all who had roots in advertisement, pioneered the American Pop movement and largely cemented the genre as being uniquely American, despite the movement’s British foundations.

Since then, Pop Art has become one of the most influential genres in contemporary art history. From street art to painting, we look at some the mediums and styles that are still affected by the 1960s movement.

Just twenty years after Pop Art’s popularity had reached its peak, the street art genre emerged in New York. Developing from city sub-cultures, street art also took inspiration from Pop, with crossovers and collaborations creating a tight network of creatives that spanned across both movements. From the Pop murals of Keith Haring to the iconic collaboration between Andy Warhol and Jean-Michel Basquiat, the cross pollination between the genres has had a lasting effect on street art.

One such artist that exemplifies this on-going influence is British street artist Banksy. Continuously taking direct inspiration from popular culture, the artist also adopts iconic Pop Art motifs throughout his work. In Soup Cans Quad, the Brisotlian graffitist pays homage to Warhol’s Campbell Soup series – a body of work that depicted 32 different flavours of the artist’s favourite bargain brand soup. When Warhol originally included such a universally recognisable product in his work, he was inviting a wide audience to appreciate his art with a subject matter that was accessible to everyone. In Soup Cans Quad, Banksy does the same. This ethos of championing accessibility is a core philosophical element that is shared in both Pop and street art.

It is widely acknowledged that the first notable piece of Pop Art was Richard Hamilton’s iconic collage Just what is it that makes today's homes so different, so appealing? (1956). The artwork, now displayed in Kunsthalle Tübingen, is comprised of imagery taken from a stash of American magazines. Cut from their original context, the overlapping models, brand logos and products of commerce represent the prevalence of commodification in American Capitalist society. Although in a Warholian sense, Pop Art has come to be associated with smooth surfaces and mechanical processes, Hamilton’s initial mixed media approach founded the movement and has had a profound and lasting effect on many artists. 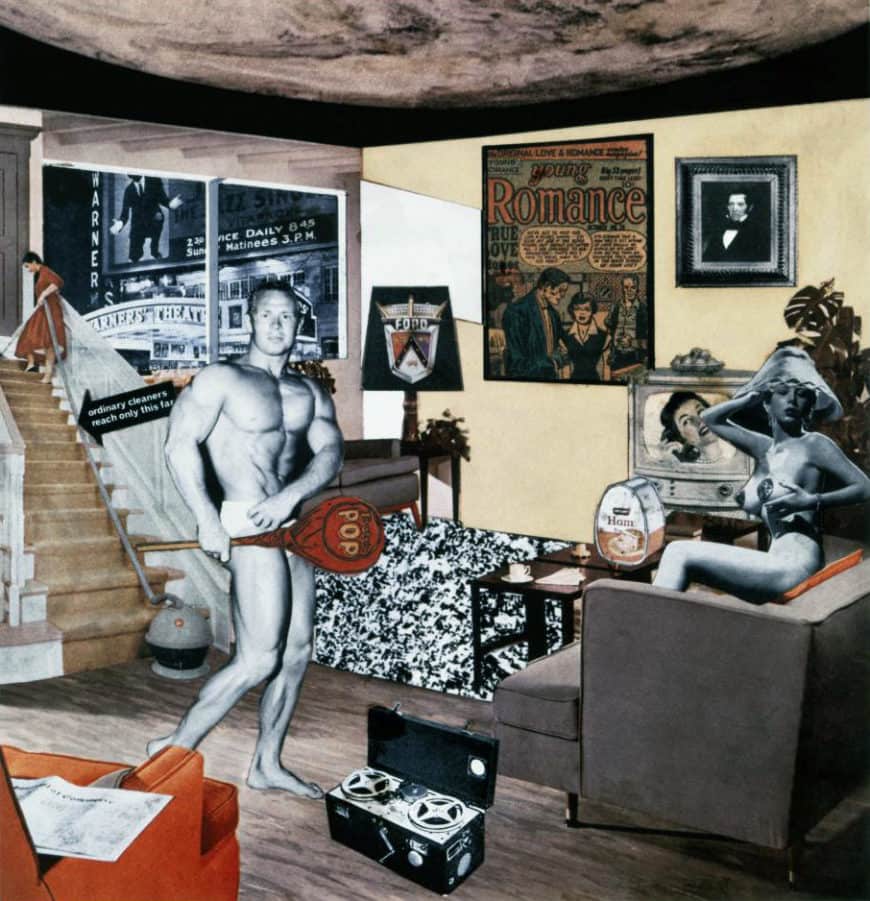 RICHARD HAMILTON, JUST WHAT IS IT THAT MAKES TODAY'S HOMES SO DIFFERENT, SO APPEALING?, 1956

Prior to Pop Art, painting was predominantly abstract. Artists like Jackson Pollock, Mark Rothko and Willem de Kooning carried the mantle of the medium with their gestural mark-making defining a dominant trend in Western painting. Yet, following the rise of Pop, there was a notable return to representational art. Paintings were championed not for their expressive brushwork, but for their machine-like precision. Paintings depicted logos and advertisements. From the tube colours were flatly applied to the canvas. Any trace of the hand of the artist had been completely erased.

This smooth and seamless application of paint is still favoured by many figurative painters today. Miami based contemporary artist Dan Alva practices this process when creating his art history inspired paintings. Patching together designs from different notable Renaissance canvases, Alva’s work evokes the sentiment of Pop both through his use of existing imagery and through his fluid application.

Screenprint on Lenox Museum Board from the portfolio Endangered Species, comprising ten screenprints