7 Photographs Celebrating the Glory of Sport

As Wimbledon comes to a close and The Open begins, we look at 7 photographs capturing iconic moments in the history of sport. Through the lens of a camera, how do we perceive sport and the people who have shaped its development over the years?

As we witness Wimbledon come to a close and the building anticipation of the British Open, we reflect on the glory of sport and some of the most iconic moments in its history. In a selection of photographs documenting the joyful and empowering essence of players in action, we observe the magnificence of a simple human desire – to express oneself through movement, to belong to a moment in history and to be a part of the storytelling which records one’s time of existence.

In ‘The Home of Golf’, we witness a scene which depicts an important historical moment, still relevant in current times – the 18th hole at St Andrews. The figure of primary importance stands respectably, preparing for the perfect golf swing which the viewer anticipates.  The surrounding figures compliment the pose of the lead, creating the ambiance which transports the viewer into past times and evokes a feeling of admiration for this accomplished player. This is none other than Gary Player – three times Open champion, captured by David Yarrow. Despite being in his 80s, he dominates the image, the evidence of his skill observed in his style and presence.

In Neil Leifer’s spectacular shot of Willie Davis, the player is seen in the split-second of a jump. The partially captured foot of another player in the foreground of the photograph creates an exciting atmosphere and gives the viewer the impression of being present in the game. The image evokes a feeling of anticipation and represents the skilful and intricate nature of a pivotal moment in a baseball match. 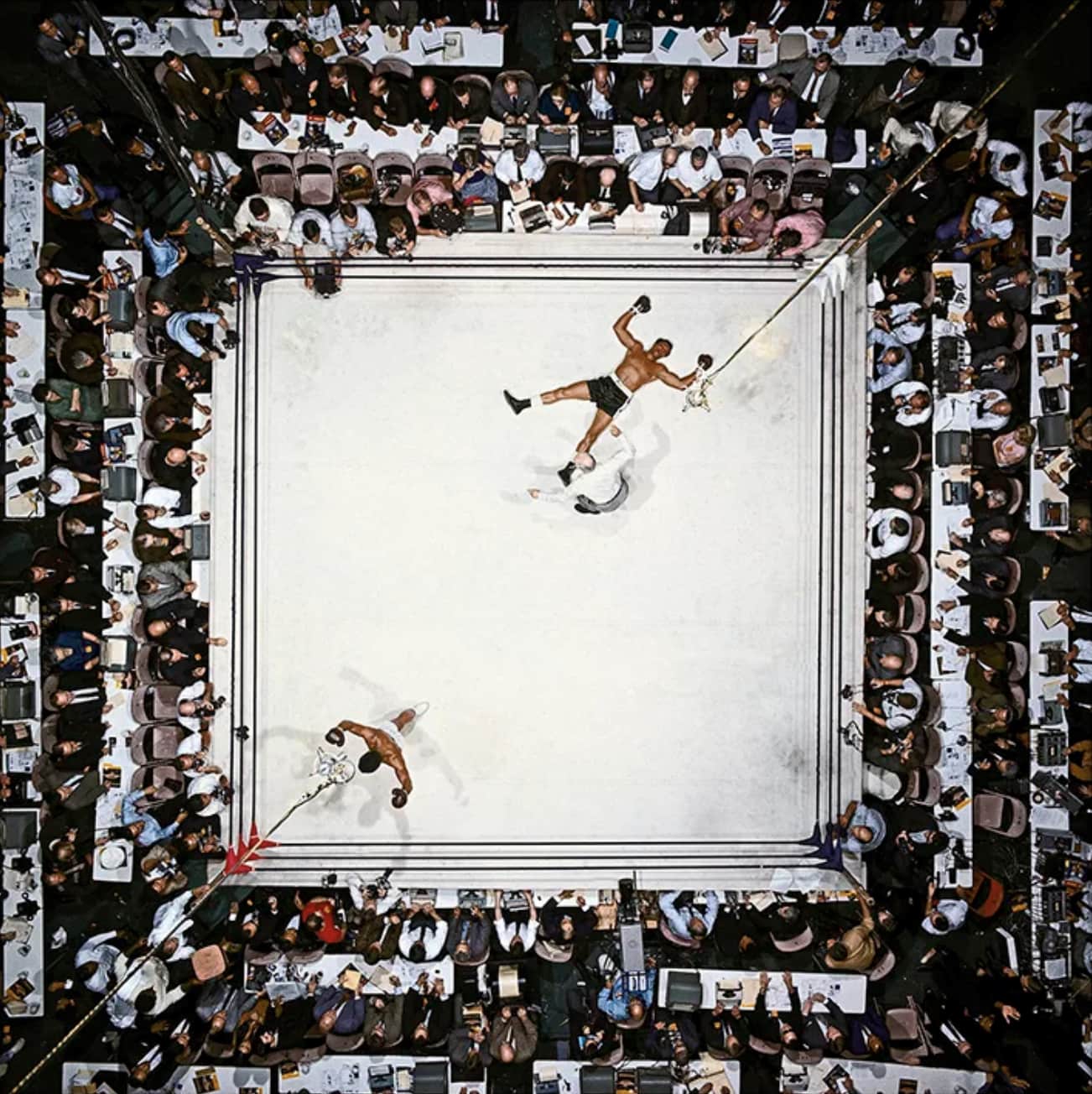 ‘I’ve never taken a better photograph than this’, confesses Neil Leifer. This image depicts the peak moment in a fight – as the crowd cheers enthusiastically, Williams lies flat on the ground, whilst a joyous Ali raises his arms in celebration. We appreciate the composition of this image: in a bird’s-eye view of an iconic scene, two boxers - one victorious, one defeated. We can almost feel the excitement of the audience who bears witness to a legendary event in the history of boxing. In this moment, Ali successfully defends his status of being the greatest boxer of all time.

In one of David Yarrow’s most iconic photographs, we observe a legendary figure in the history of football. Riding on the shoulders of his fans, the victorious Maradona looks straight into the camera, making this image one of a kind - the perfect shot in perfect timing. The chaos and wild celebrations portrayed in the photograph connect with the viewer, as a feeling of collective joy is skilfully represented. Taken in 1986, this work  has ‘stood the test of time’, in the words of Yarrow himself.

This image features the Dallas Cowboy cheerleaders, performing a dance alongside longhorn cattle ridden by cowboys. This is a unique shot of a joyous moment of collaboration and celebration. The photograph was taken in Dallas, a city which the author of the image holds close to his heart. The image is also evidence of Yarrow’s technical skill, capturing a subject such as cattle, which is not naturally compliant with photographic practices. 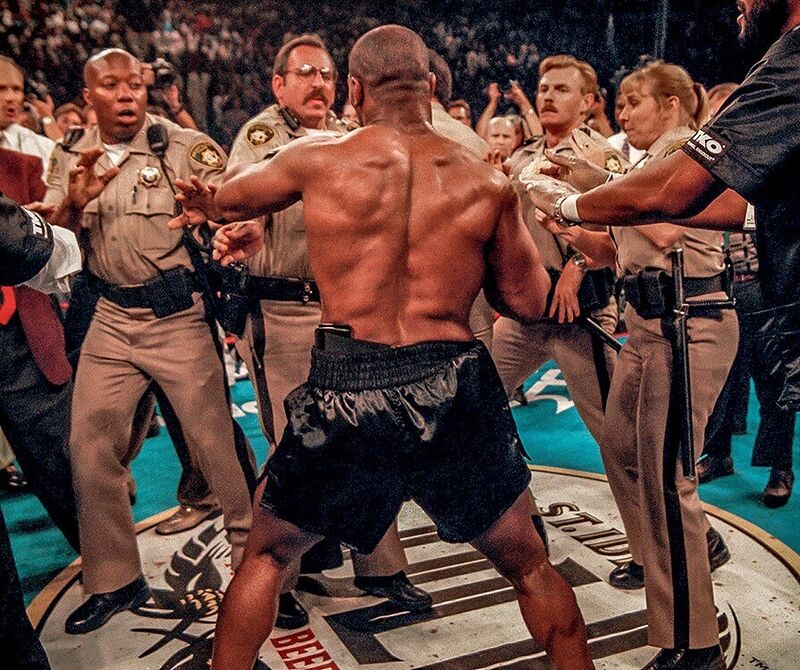 Looking at this photograph, we can sense the almost tangible intensity of the depicted situation. Evidently, Tyson had bit off a part of the ear of his opponent. The image captures a moment of the boxer’s meltdown, the result of his passion which has reached dangerous levels. In sport, people often become emotionally invested in the act – and this can often escalate, and sometimes result in violence. We can see the police officers surrounding Tyson, attempting to restrain him after his outburst of emotion. His back to the camera, we can make out every single muscle, tense with rage. As viewers, we can only sympathise with the recipient of Tyson’s wrath.

The power, the triumph and the energy emanating from this image immediately take over our vision and evoke our respect for this well-known player. The self-proclaimed ‘Greatest’ is seen proudly leaning over his defeated opponent, rejoicing at his victory in the first round of the match. Baring his teeth, we can see a glimpse of Ali’s animalistic side, a side which an intense sport like boxing undoubtedly brings out in him. Liston, lying on the ground, breathless and conquered, further empowers the presence and the greatness of Ali.

Sport is one of man’s oldest forms of physical stimulation and expression. These photographs evoke a myriad of feelings, from admiration for historic figures in sport, to curious snippets of games adored by millions of fans. We think about sport as an essential part of our cultural and emotional life, and we commemorate iconic moments through the art of photography.

Mamas Don’t Let Your Babies Grow Up To Be Cowboys