Why Collectors Are Loving Yoshitomo Nara

And how he is causing a stir in the art world, while achieving record prices

Yoshitomo Nara's unique depiction of human figures are stirring up the art world. At once sweet and sinister, each reflects a raw encounter with the artist’s inner self. At 60, Nara is one of the world’s most-loved Japanese artists—whose international recognition continues to grow. Here, we take a closer look at why he is achieving record prices at auction, and becoming increasingly popular with collectors.

Attracts both new and experienced collectors

Nara’s work is popular with new and experienced collectors—both in Japan, and around the world. ‘We find that his work has broad appeal among collectors of all nationalities and categories,’ confirms Evelyn Lin, Head of Asian 20th Century and Contemporary Art at Christie’s in Hong Kong.

Part of Nara’s appeal is the diversity of his output: he launched his first book, The Lonesome Puppy, in 2008, setting himself apart from artists whose sole domain is the canvas. It tells the story of a dog and a determined young girl, combining the sweet and sinister elements the artist has become known for.

Nara’s artistic practice extends to other collectible items, which has helped to further cement his appeal among audiences outside of the traditional contemporary art world. Collectors just starting out can buy Nara-designed skateboards, toys, and figurines online, providing an entry point to his work at a time when auction prices for his canvases are soaring. 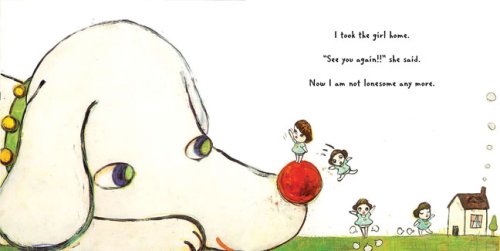 His sale prices are on the rise

Knife Behind Back (2000) was painted during a pivotal moment in Nara's life: he had been living in Germany for 12 years, and, in 2000, returned to his native Japan. At first, the painting appears to depict only a grumpy young girl in a collared red dress. The girl, however, hides one arm behind her back—implying that there is more to the painting than meets the eye.

THE RECORD BREAKING SALE OF KNIFE BEHIND BACK AT SOTHEBY'S, HONG KONG, 6TH OCTOBER 2019

He's a prominent member of the 'Superflat' movement

In 2001, Nara became associated with the avant-garde group of Japanese artists known as “Superflat”. The term was first used by artist Takashi Murakami to refer to various flattened forms in Japanese graphic art, animation, pop culture and fine arts.

Members of the Superflat group use bright colours, cartoon motifs, and deal with issues of inherited post-war trauma in Japan. It is an aesthetic that embraces the surface, rather than depth—the spectacular, rather than the cerebral, flattening the distinction between high and low culture in a manner reminiscent of Andy Warhol or Jeff Koons.

His passion for art began through his love of music

Nara has said ‘there was no museum where I grew up, so my exposure to art came from the album covers.’ The artist bought records from the US army base near where he grew up, in Hirosaki, Japan—sparking his early fascination with American and European music. While living in Germany, he became influenced by German subcultures including punk rock, as well as neo-expressionism.

Nara’s interest in music is celebrated in a retrospective exhibition, which is on view at Los Angeles County Museum of Art (LACMA) before touring venues internationally. Comprising more than 100 major works, the show also features 300 record covers from the artist’s personal collection. The latter highlight the influence of punk music on his work—both of which can share a harsh intensity.

In recent years, Nara has embraced folk music—a shift which has gone hand-in-hand with the creation of works that are more nuanced, with greater textural detail. An example is Adieu fille d’automne, a painting of a young girl with two different coloured irises, which shows a much greater degree of realism than his earlier compositions.

Nara’s reputation outside Asia was cemented with his major 2010 exhibition Yoshitomo Nara: Nobody’s Fool, held at the Asia Society in New York. Since then, his works have been acquired by international institutions including the Museum of Contemporary Art (MoCA) in Los Angeles, and MoMA in New York, which has more than 130 works in its collection.

In addition to featuring in the world’s most iconic art institutions, Nara's efforts to break away from the restrictions of high art world has encouraged him to embrace collaborative work which has become a large part of his artistic production.  Between 2000-2002, he worked with British artist David Shrigley, the two artists creating playful images which combine their distinctive styles and penchant for word play. More recently he collaborated with The Skateroom - an organization marrying skateboarding and art while empowering young people through various NGO initiative, releasing three skatedecks with depictions of children and animals.