What motivates you to buy art? While many collectors follow the old art market adage of ‘buy what you love’, for others, it’s important to know that a prospective purchase could represent a sound investment in years to come. To assess art’s potential to deliver a healthy return, we pitted the historic performance of Jean-Michel Basquiat’s works against the Nasdaq – exploring whether the artist’s market could outstrip the American stock exchange.

Born in Brooklyn, New York, in 1960, Jean-Michel Basquiat was a virtual unknown until 1980, when his work featured in The Times Square Show – a group exhibition with artists including Kenny Scharf and Keith Haring. Two years later, his first solo show sold out, with critics lauding the raw, radical style of his paintings. Today, 1982 continues to be viewed as the artist’s most significant year, and Basquiat himself declared it was when he ‘made the best paintings ever’. 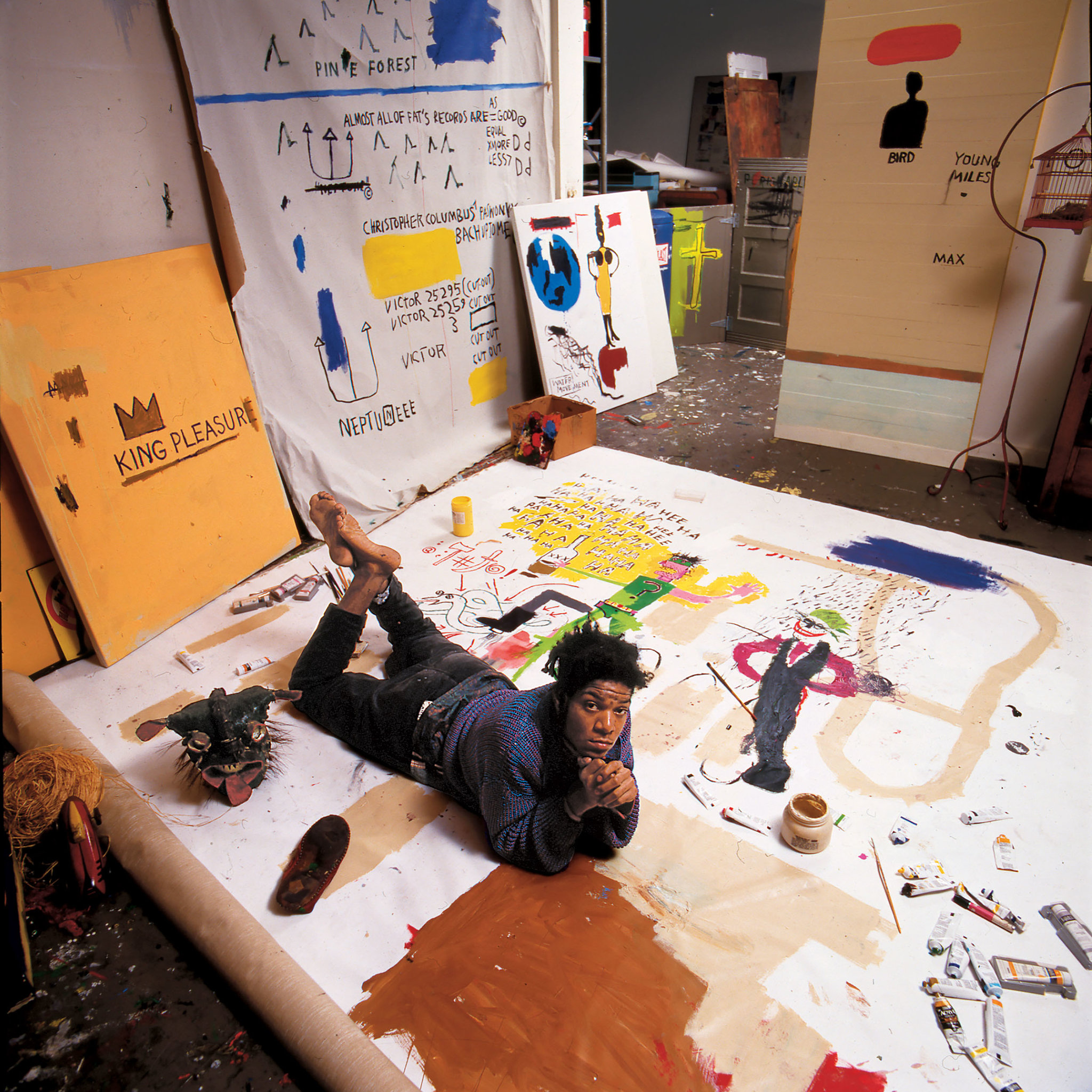 JEAN-MICHEL BASQUIAT IN HIS STUDIO

It’s perhaps no surprise that works dating from 1982 have generated some of Basquiat’s highest sale prices. In 2017, Untitled (1982) made headlines when it sold for $110,487,500 at Sotheby’s in New York, to Japanese collector Yusaku Maezawa. The figure represented a record for an American artist at auction, and the highest-ever price paid at auction for a work created after 1980. As remarkable was the work’s increase in value: Untitled (1982) had last been auctioned at Christie’s in May 1984 for just $19,000.

For anyone eager to collect art as an investment, Basquiat’s historic market performance is promising. Repeat sales of the artist’s work indicate the potential for healthy return – a factor which might be highly appealing if you choose to sell items from your collection in the future, or pass them to future generations. Eager to learn more? Maddox Art Advisory service can provide additional insight into the market, and bespoke advice tailored to your investment goals – whether steady growth over time, or a race against the Nasdaq.