The Works That Define Keith Haring

The artist is known for his recurring images - from barking dogs, to hearts. Here, we uncover the meaning behind each

Three decades after Keith Haring’s death, his lively works still have the power to captivate and delight – and his market shows no signs of slow down. Dear Keith, Sotheby’s recent online sale dedicated to Haring, achieved $4.6 million – more than three times its initial estimate, with 94% of lots exceeding their high estimate.

Here, we  take a dive into the motifs that recur across Haring’s works. Would you collect his barking dogs, or hearts? Or perhaps try to acquire a full set his most recognisable subjects?

Haring filled his work with signs and symbols, inspired by studying semiotics at the New School. He created a pictorial language that was both deeply personal yet easily accessible for all who encountered his drawings in the New York subway, where his ‘barking dogs’ and ‘radiant babies' became familiar to passers-by. 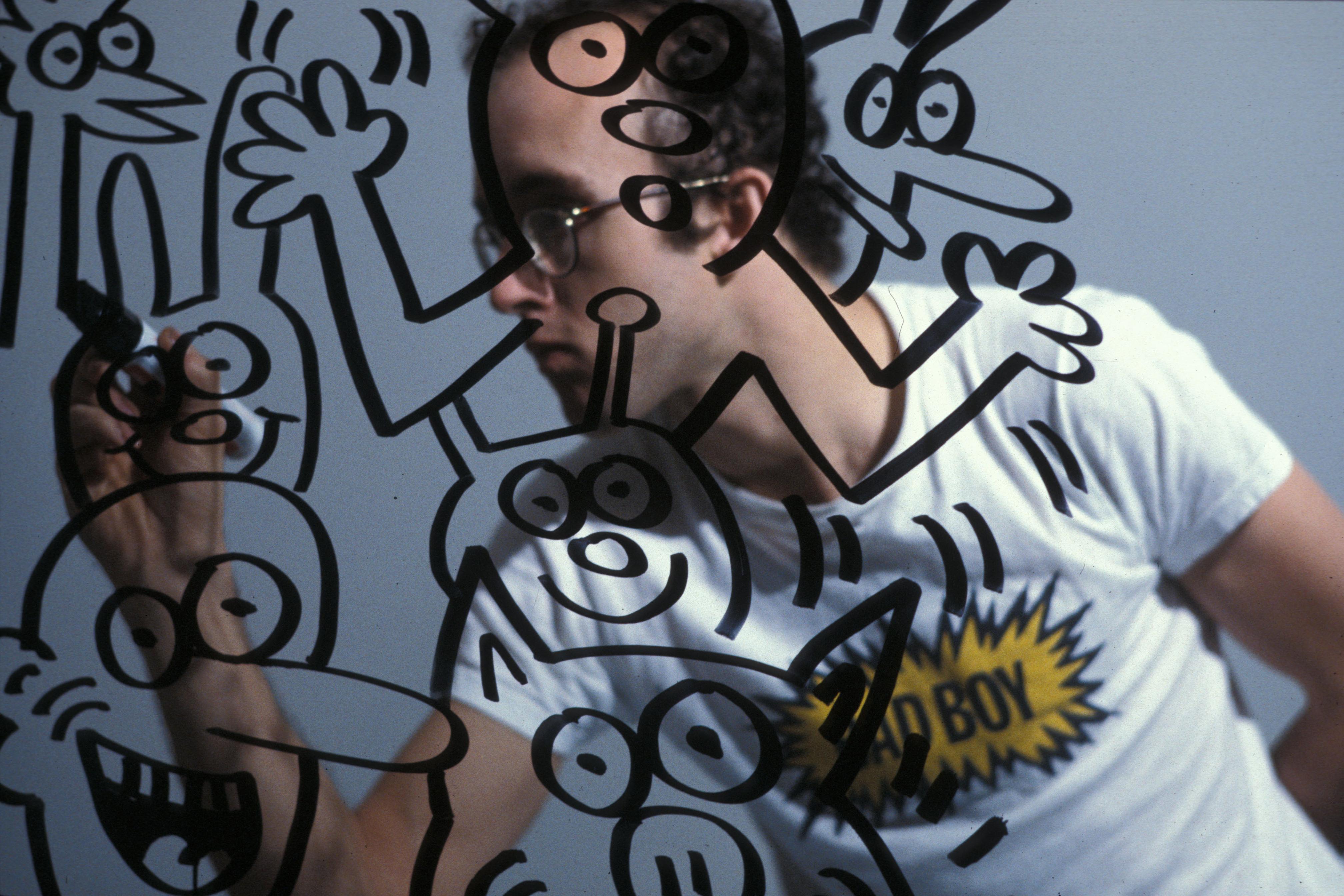 The barking dog is one of Haring’s most iconic symbols, first appearing in his subway drawings series in 1980. It acted as a warning to viewers of the abuse of power that permeated everyday life. Haring subverted traditional connotations of a ‘man’s best friend’,  symbolising loyalty, compassion and obedience, Haring encouraged viewers to think twice about those who shout the loudest.

Haring encountered the Jesus Movement of the 1970s, and his radiant baby motif emerged as a direct contrast to religious iconography, reflecting the concerns of his generation. The symbol of the baby represents innocence, or what Haring called ‘the purest and most positive experience of human existence’. However, as time went on, the baby motif found itself in more complex scenes, with the artist exploring themes including HIV.

In Haring’s work, the heart is often seen besides dancing figures as a symbol of optimism and love. It is a symbol used between androgynous couples, as well as a representation of community when it is held by two hands or is paired with a globe.

Perhaps one of Haring’s most iconic motifs, the dancing figure appears through many of the artist’s works, and reflects the joy and energy of the New York club scene - in particular, the gay scene of the ‘70s and ‘80s. Their radiating lines have come to symbolise freedom and ecstasy. They also appear in multiples, holding hands or stacked together, creating a sense of solidarity and community.  Haring once said ‘drawings don’t try to imitate life; they try to create life, to invent life’  - an ethos that very much captured the essence of his dancers.

The globe is a recognisable symbol of peace and community. As with many of Haring’s symbols, it often appears alongside others, for example with radiating lines or supported by hands, suggesting the artist’s belief in the importance of collaboration and positivity in the face of division, brought on by politics and the global AIDS crisis, which had an enormous impact on New York’s gay community.