The Artist's Medium: Why It Matters

We take a closer look at the artists defining their genre by their use of material and explore the mastery behind the medium.

From discovery to exploration, each artistic technique and material possesses a unique cultural history. This history is forever broadened as generation upon generation of artists continue to innovate, turning their hands to new techniques, reinventing mediums and ultimately, pushing boundaries.

As we cast our eye back over the history of art, and the methods and materials that have defined countless genres, we are reminded that material does matter and take a closer look at some of the techniques that have had long-lasting effects on the landscape of contemporary art.

Known for his colourful canvases and cool nonchalant attitude towards fame, Andy Warhol arguably defined the 20thcentury with his art. Not only did the American artist embody an epoch characterised by celebrity and consumer culture, but also Warhol’s innovative use of silkscreen printing reinvented critical perception of prints. Coming to prominence directly after the reign of Abstract Expressionism, there was a great focus on painting and the value of the hand of the artist. Warhol’s detached approach, both physically and philosophically, gave way to a new attitude toward an artwork’s value. Warhol inverted the traditional narrative by images no longer needed to be hand-rendered to be considered distinguished. 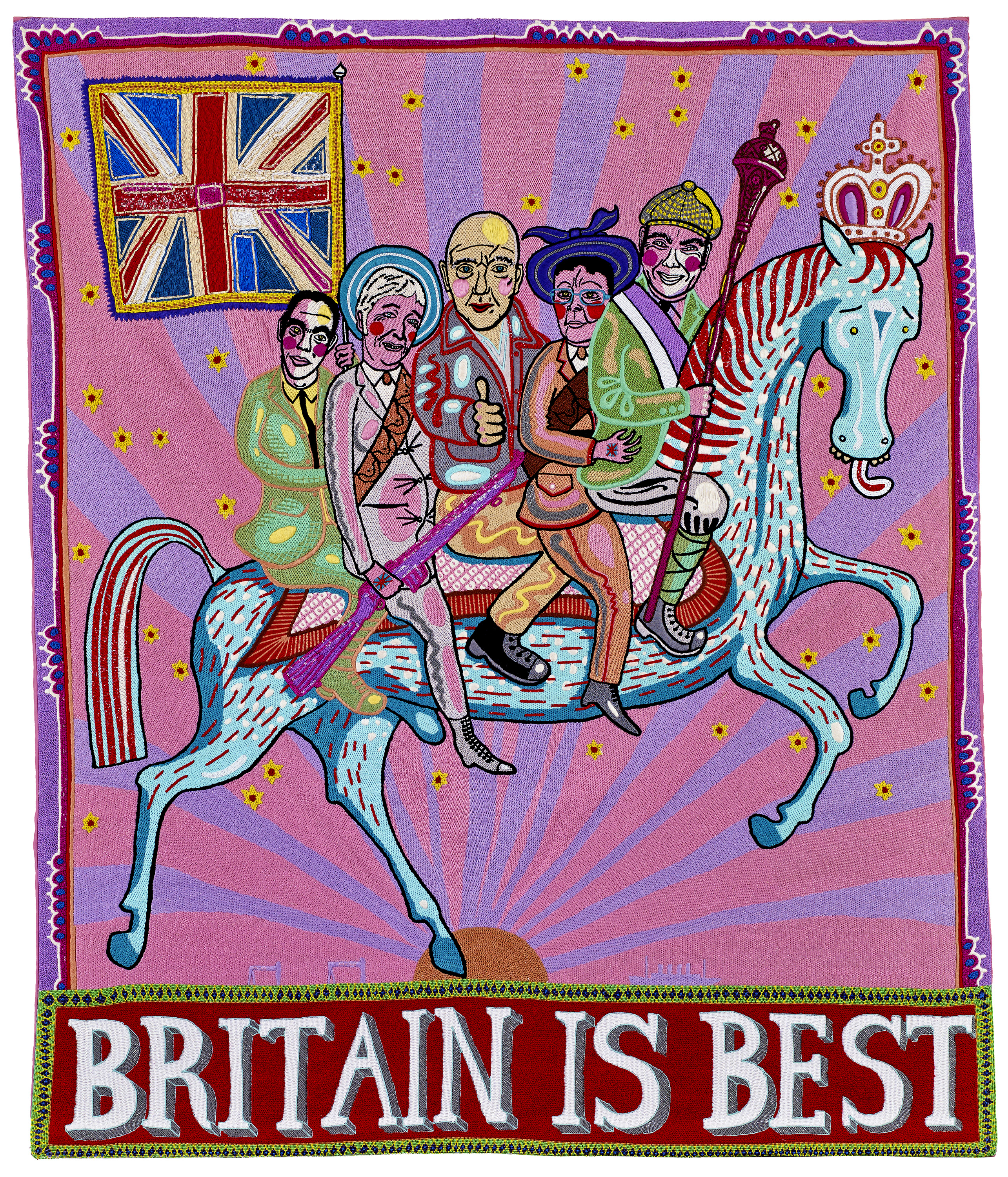 As a medium, embroidery has an extremely rich and complex social history. For centuries it was regarded as a mere feminine pastime as opposed to an object of fine art. However, the 1970s saw a reclamation of embroidery and tapestry-making in aid of political dissent. Feminist artists such as Faith Ringgold and Judy Chicago re-appropriated the medium and its history for their own socio-political motives. This brought about a resurgence of the material within the contemporary art scene, as well as a wider acceptance of the medium. Grayson Perry has been praised for his use of the embroidery to challenge traditional stereotypes and for an artist who so famously embraces gender fluidity, tapestry seems like the perfect choice of medium.

Working at a similar time to Warhol, O’Neill’s photography perfectly captured the essence of the 1960s. O’Neill was famed for his effortless portraits of celebrities and his photographs marked the invention of a distinctive snapshot aesthetic. Frank Sinatra, Miami Boardwalk is an excellent example of O’Neill’s classic style, characterised by a cropped frame and candid subject. Although perhaps not considered an extraordinary style of photography to a modern audience, O’Neill’s approach to photography was revolutionary for its time and has greatly influenced the genre as we know it today, acting as a precursor for the documentary photography of Nan Goldin and Philip-Lorca Dicorcia.