The Art of Collaboration: Duos That Took The Art World By Storm

In homage to Christo and Jeanne-Claude’s L’Arc de Triomphe, Wrapped, we look at artistic pairs who have proven that creative collaboration can be the key to success.

Collaboration is at the core of every artistic community. From creative romantics like Marina Abramović and her partner Ulay to collaborative peers like Warhol, Basquiat and Haring; when it comes to art, sometimes two is better than one.

On 18th September 2021, the art world proved collaboration was key when Christo and Jeanne-Claude’s artwork L’Arc de Triomphe, Wrapped was posthumously created. Despite the iconic duo both sadly having passed, their idea of wrapping the iconic national monument in Paris - with 25,000 square meters of recyclable polypropylene fabric - was executed 60 years after they originally conceived the idea in 1961. With this move, Christo and Jeanne-Claude established a partnership that is everlasting in the public consciousness, proving that with collaboration comes longevity.

In honour of Christo and Jeanne-Claude’s collaboration which transcended their own lifespan, we take a look at the other artistic duos who have shaped and continue to shape the art world today.

First introduced to each other in 1982, Jean-Michel Basquiat was keen to impress his idol. Just a few years before, Basquiat had been selling postcards and t-shirts on the side of the street, alongside tagging the city walls with ‘SAMO’. However, art dealer Bruno Bischofberger discovered the young artist painting in lower Manhattan, kickstarting his career. He introduced him to Andy Warhol just a few years later, yet unbeknownst to Bischofberger, this was not the first time the two artists had met. In the early 1980s Warhol had purchased a postcard from Basquiat on the side of the road for $10. 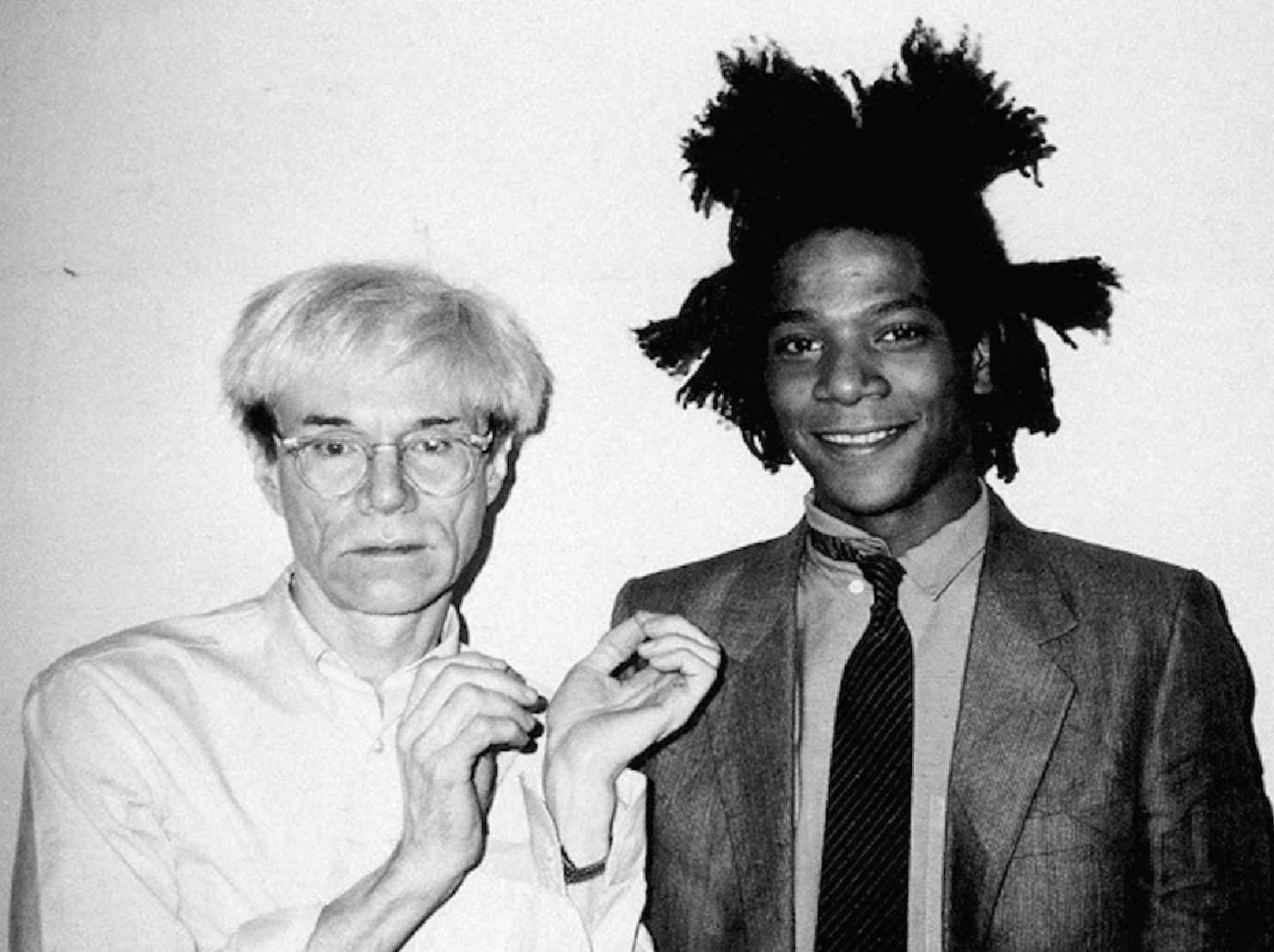 Following their first official introduction, the duo became firm friends. Warhol wrote in his diary that after their lunch meeting, Basquiat “went home and within two hours a painting was back, still wet, of him and me together”. Entitled Dos Cabezas (1982), the painting ignited a strong yet tumultuous relationship between the two artists that lasted six years and produced many collaborative artworks.

Despite both artists having uniquely different styles, their collaborative work seamlessly merged the clean pop aesthetic of Warhol’s prints with Basquiat’s dynamic brushstrokes. Their relationship was symbiotic; Basquiat was a rising emerging artist and his fresh perspective offered the essential injection of vitality that Warhol’s career was needing. In contrast, Warhol was already well established and was respected amongst the art elites. He helped Basquiat expand his network and establish his critical reputation, moving from a graffiti artist to a revered contemporary artist.

Over their six-year collaboration, Warhol and Basquiat made tens of untitled works that were shown in their 1985 shared exhibition in New York at Tony Shafrazi Gallery. The exhibition, Paintings, is often quoted as being the demise of their relationship. Critics and the media heavily criticised the exhibiting works. Despite these paintings now being highly sought-after by collectors, the critique the body of work received at the time caused tension between the two artists. Although they hardly spoke for the final few years of Warhol’s life, it is undeniable that the collaboration between these two creatives was as historically successful as it was turbulent.

A pairing that seemed less unusual yet equally iconic was the creative collaboration of Andy Warhol and Keith Haring. Both men were introverted, openly self-identified as queer and shared the philosophical opinion that art should be accessible to all. Although Warhol initially acted as a mentor to Haring when they met first in 1982, eventually the duo became a collaborative pair; both making art for each other and creating works together. Much like for Basquiat, for Haring, Warhol was somewhat of an idol before they met. The artist is reportedly quoted as saying ‘before I knew Warhol, he had been an image to me… He was totally unapproachable. At first Andy was very distant…Then he came to another exhibition at the Fun Gallery, which was soon after the show at Shafrazi. He was more friendly. We started talking, going out. We traded a lot of works at that time’.

A year after they first met, Warhol created an intimate portrait of Haring and his partner Juan Dubose. Executed in his signature pop style, the highly shadowed and vivid image is reminiscent of Warhol’s other famous portraits featuring well-known figures like Marilyn Monroe, Elizabeth Taylor and Mick Jagger, immortalising Haring alongside other icons of the era.

In 1986, Keith Haring created a series of silkscreen prints featuring Andy Mouse, a cartoon that was a hybrid character between Andy Warhol and Mickey Mouse. Using his renowned graphic style, Haring made four silkscreen prints featuring the character alongside his traditional iconography of dancing figures, introducing Warhol into his visual lexis. These collaborative artworks are a testament to the strength of their relationship.

On Warhol, Haring reportedly stated that “his life and work made my work possible. … he was the first real public artist and his art and his life changed our conception of art and life in the 20th century”. By assimilating Warhol to his iconic visual language alongside the likes of his radiant baby and dancing men, Haring immortalised Warhol’s eternal influence on pop.

In 2011, British creatives Mike Snelle and James Golding united to create the fictional brothers, Brendan and Franklyn Connor. The duo claimed to be brought up within a controversial and highly clandestine cult known as The Family. Maintaining to have escaped the Californian cult at the age of 16, the brothers marketed their artwork as a form of therapy, stating that their paintings and prints helped them make sense of the world around them. IMAGE OF THE CONNOR BROTHERS

In a 2014 interview with The Telegraph, Snelle and Golding revealed their true identity, explaining that their past struggles with mental health and addiction had led them to protect their identity, choosing the fictitious story of ex-cult members to cover their tracks. Mike Snelle notes that in 2011, he ‘ended up living with James. It was back then that we started to make these funny little collages. We didn’t see these as art, not at all. We were just trying to make each other laugh, something I hadn’t done in a while. After a few months, James suggested we show them’. Although Snelle objected, Golding persisted, and eventually The Connor Brothers were born.

A decade later, the duo are collected internationally, exhibiting in shows and art fairs across the globe. Their most recent exhibition, A Load of Fuss About Fuck All, celebrated the 10th anniversary of their partnership and spanned all three London Maddox Gallery locations. On their collaboration, Golding said ‘the great thing about The Connor Brothers is that it’s this long and interesting story, which feels like it’s a novel, but it’s been played out in real life with all sorts of fictional characters’. The duo’s partnership has not only captivated art enthusiasts across the world but also transformed the way that the art world looks at mental health.

We Are All In The Gutter