Take A Walk On The Wild Side: Behind The Scenes of David Yarrow’s Latest Photograph

From the inspiring strength of Zulu tribesman to the fierce nobility of African lions, we take an exclusive look at the renowned photographer’s incredible shot.

As one of the world’s best-selling photographers, David Yarrow is renowned for creating visually arresting and emotive photography. Describing his photography as conceptual, he has captured everything from wolves in the Wild West to some of the world’s most famous faces. Specifically known for blending the sublimity of nature with the impactful narrative of cinema, Yarrow is unrivalled in his eye for composition and his authentic approach to storytelling. 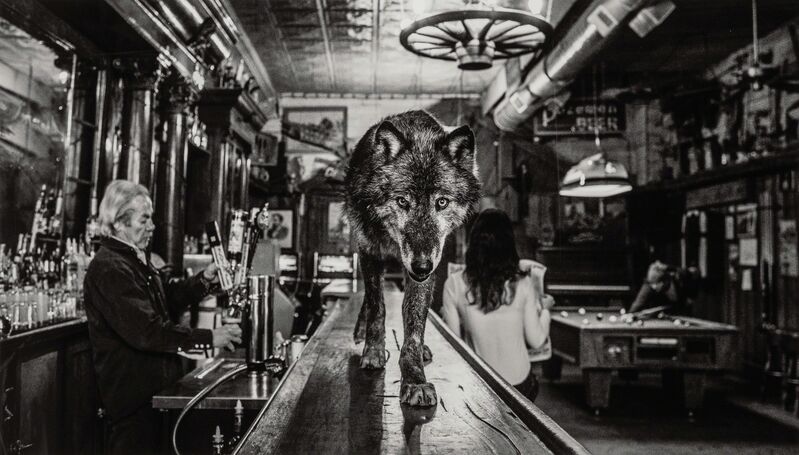 In early 2015, Yarrow took a photograph in an old saloon high in the mountains of western Montana. Titled, The Wolf of Main Street, the image depicted a large adult wolf striding across the saloon bar, directly towards the camera. The image became an instant hit with the last of the edition being sold for $100,000 at Sotheby’s. On the sale Yarrow noted that “the price paid was a tribute to the magnificence of the wolf as much as it was to the authenticity of the concept”.

Over the next few years of his career, and following the success of this artwork, the photographer borrowed from the depth offered by that saloon in many sets, and in 2021 created Catwalk; an homage to the composition of The Wolf of Main Street and a testament to his long-term relationship with Kevin Richardson, a man who is often better known by the public as The Lion Whisperer.

Inspired by the ‘tribal’ nature of the fashion world, and specifically the crowds at Paris Fashion Week, Catwalk depicts Vayetse the lion striding down a runway flanked by members of a Zulu tribe. When asked about the image, Kevin Richardson noted “this image has quickly become my favourite lion image for so many different reasons. It glorifies the lion like never before and tells a story that sucks you completely in and keeps you completely absorbed. In my humble opinion, that is the making of a great photograph. David is a master at his craft and like all really talented people, he makes his art form look far too easy, which is rather annoying”.

Richardson also observed that “the image is a metaphor for a time when lions will be admired and photographed by all, just the same as a model on a catwalk is, a time when a lion can strut its stuff without fearing for its life”.

Unfortunately, the habitat of this regal species is at risk and currently remains on the decline. Richardson states that “lion numbers have plummeted to less than 20,000 individuals and have lost more than 90% of their former habitat range. In Africa, the biggest threat to lions is loss of habitat due to human encroachment and with it, human-lion conflict. The lion is almost always on the losing side”.

In an effort to combat the threat posed to the lion population and to protect this magnificent animal, David Yarrow has pledged a percentage of the proceeds to the Kevin Richardson Foundation, a non-profit organisation founded by Richardson and dedicated to the protection and conservation of lions. Maddox Gallery are also delighted to confirm that they will be matching David’s donation for each sale, which on sell out of the editions, will equate to a total donation of £120,000.

As so aptly stated by Richardson, we hope that this image will "raise more awareness for the plight of the lion and keep the ‘king of the jungle’ at the forefront of conversations, which ultimately, can translate into action - notwithstanding the fact that previous lion images have raised millions of pounds for lion conservation in Africa. We hope this one will do the same. In the words of Baba Dioum, ‘at the end of the day, we will only protect what we love, love what we know and know what we’re taught’”.

BEHIND THE SCENES WITH DAVID YARROW AND KEVIN RICHARDSON

Between a rock and a hard place