As the holidays swiftly approach and the prospect of seasonal gifting looms, we’ve created a holiday gift guide to help you buy something for everyone on your list.

From the cinema buff to the hopeless romantic, we have curated a list of the best seasonal gifts to help you check every art lover off your list this Winter. 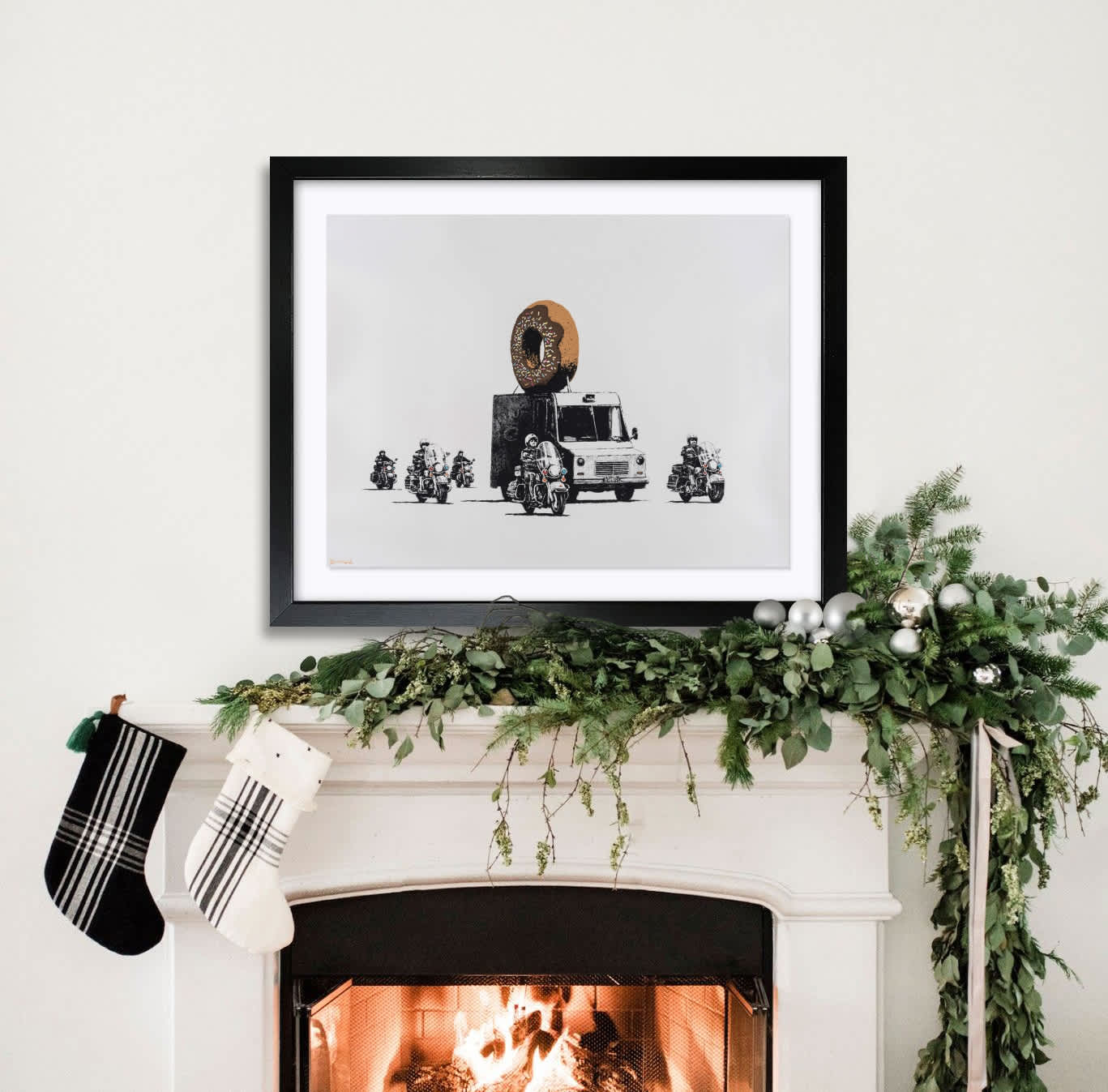 For The Party Lover

Best known for their Pulp Fiction series, The Connor Brothers create biting artworks that are as funny as they are true. Their on-the-nose look at love, life and loss can be morbid at times but never fails to make you smile. With family gatherings impending as the festive season approaches, there has never been a timelier artwork for the bacchanalian party-goers in your life than I Drink To Make Other People More Interesting.

THE CONNOR BROTHERS, I DRINK TO MAKE OTHER PEOPLE MORE INTERESTING, 2020

Creating nostalgic works inspired by Vintage Penguin Book Covers, Harland Miller’s artwork has been described as ‘visual earworms’. His artworks feature books with his own titles, which are often sardonic, but always memorable. Love A Decisive Blow Against If is a defiant artwork that encourages the viewer to be led by their heart and not be inhibited by the anxiety-inducing phrase - 'what if'.

HARLAND MILLER, LOVE A DECISIVE BLOW AGAINST IF, 2013

For The Cinema Buff

Featured in his latest exhibition ‘Changing Lanes’, Drive was inspired by 1991 cult classic Thelma & Louise. The critically acclaimed American crime drama was directed by Ridley Scott and follows two fugitive best friends, Thelma and Louise, on a road trip across the United States as they flee from a crime. On discussing the film, David Yarrow noted that “Ridley’s camera dived into the pages of a road trip storybook and coupled vivid cinematography with a character rich narrative. At all times he showed that he was fully in command of his medium and in so doing reminded us of the grandeur and majesty of the American West”. In Drive, Yarrow pays homage to Scott’s masterpiece, even taking the photograph in the exact same location of the film’s most iconic scene in Arches National Park, Utah.

For The Video Gamer

In 1998, anonymous French street artist Invader emerged on the contemporary art scene. Taking his name from the 1978 shoot ‘em up arcade game Space Invaders, the artist deploys his ceramic alien creatures in cities across the world, making the digital, physical. Using tiled mosaics, Invader produces artworks with a pixelated aesthetic that are similar to retro arcade game graphics. Nostalgic and light-hearted, Invader’s artwork is the perfect gift for anyone who is a child at heart.

For The One With A Sweet Tooth

Chocolate Donuts is a tribute to Banksy’s witty sense of humour and subversive politics. The comical image shows a van topped with a donut surrounded by police convoy. Perfect for the sweet tooth in your life, this entertaining image looks as delicious as it is amusing, swiftly becoming a highly sought-after print following its release in 2009.

For The Sport Enthusiast

On 19th July 1972, Muhammad Ali, one of the greatest American boxers of all time, visited Ireland to fight Alvin Blue Lewis, causing hysteria across the country. The professional boxer instantly won the hearts of the nation by announcing his Irish roots. He reportedly noted ‘yes I am an Irishman and that is what makes me ‘The Greatest’ because I am an Irishman,’ and went on to beat Lewis by a technical knockout in the 11th round. This rare Terry O’Neill photograph is one of the few pictures taken of Ali on his trip to Ireland and is a widely sought-after work of art by photography collectors and sport enthusiasts alike.

For The Budding Actor

Renowned for capturing the icons of our generation, there is seemingly no musician or actor that Andy Gotts hasn’t photographed. With an array of celebrity subjects at his fingertips - many of whom he now counts as close friends - this portrait of Ian McKellen is recognised by many for appearing on billboards around London and advertising the West End production of King Lear, of which McKellen was playing the protagonist. Co-signed by the actor himself, Gotts recalls with a smile asking McKellen if he might be able to have a couple of seats to the sold-out show, only to receive an entire row of seats reserved for press the following day and now, a new dilemma - who to invite to fill them! This portrait is not only emotive and of a theatrical legend, but the ultimate keepsake for the budding actor.