In celebration of the opening of Vivus II, we take an in-depth look at the practice of Lefty Out There and the inspirations behind his latest exhibition.

Opening on 31st March 2022 at our flagship gallery on Maddox Street, Vivus II is Lefty Out There’s latest exhibition. Marking the continuation of urban artist’s exploration of mark-making, the artist first launched his ‘Vivus’ series in 2019 with an exhibition at our Shepherd Market location. Whereas Vivus celebrated the excitement of simply being alive through the artist’s exploration of his signature polymorph designs, Vivus II is a visual abstract representation of the world we live in today, utilising the jarring intensity of Op Art to reflect universal global tensions. In celebration of his latest show, we detail everything you need to know about the multi-disciplinary artist and delve into the inspirations behind Vivus II. 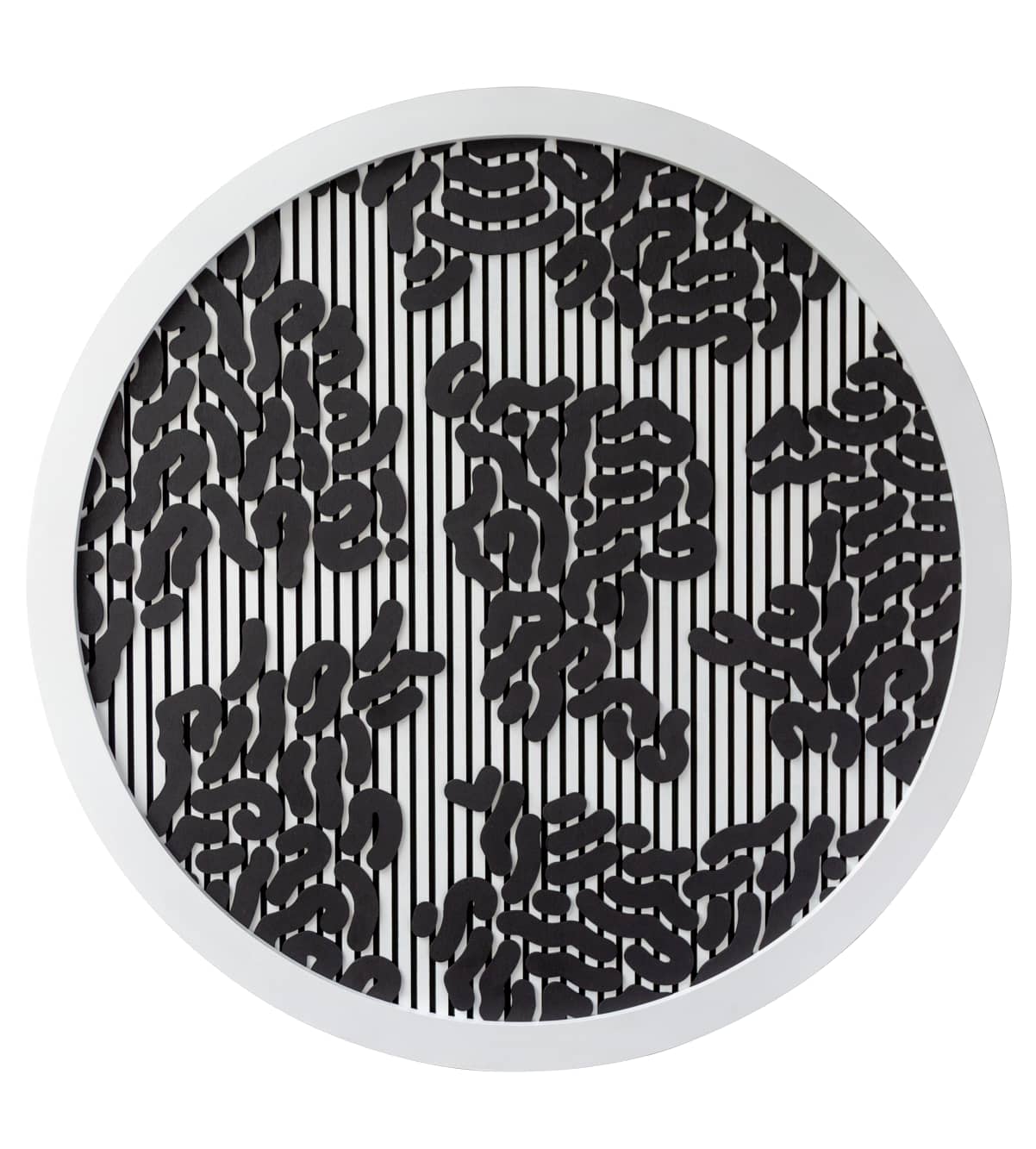 Who Is Lefty Out There?

Born in Chicago in 1991, Lefty Out There, otherwise known as Franco Campanella, is a multi-disciplinary artist known for his iconic polymorph design. Interested in art and music from a young age, as a child Lefty found himself intrinsically drawn to artistic expression through continually doodling. As he got slightly older, the artist became involved in Chicago’s burgeoning street art scene, starting to develop his now iconic patterns by using the urban landscape as his canvas. Since then, he has taken his work from the streets to the canvas, exhibiting globally in galleries and pop-ups in Los Angeles, New York, Miami, Mexico City and London. The artist has also gone on to collaborate with notable brands including Facebook, Nike and Samsung. 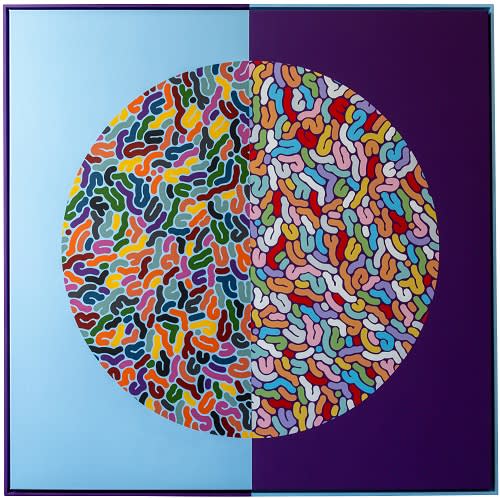 What is he known for?

Lefty Out There is known for his polymorphs, squiggle- like shapes that interlock. When creating them, the artist taps into the synergy between repetition and the divine, creating his ever-multiplying polymorph design in a way that seems both organic but uniform. The product of an intuitive process, his squiggles are reminiscent of biological cells. His artistic ethos is to ‘cover everything’, with the artist noting that his ‘art entirely consumes [his] life. [His] shapes, otherwise known as polymorphs, are the foundation of [his] creations’. Lefty has engulfed everything with his signature marks, including food, drink, clothes and even people.

Who and what are his inspirations?

Although not a street artist, Lefty is undoubtedly inspired by the genre of street art, as he first started creating art on the urban landscape of Chicago. Providing a fresh perspective on graffiti through an abstract approach, the artist’s work stands out against the rest. More recently, Lefty has been inspired by Op Artists such as Bridget Riley and Carlo Cruz-Diez as well as the controlled chaos of Kusama, Haring and Dubuffet. 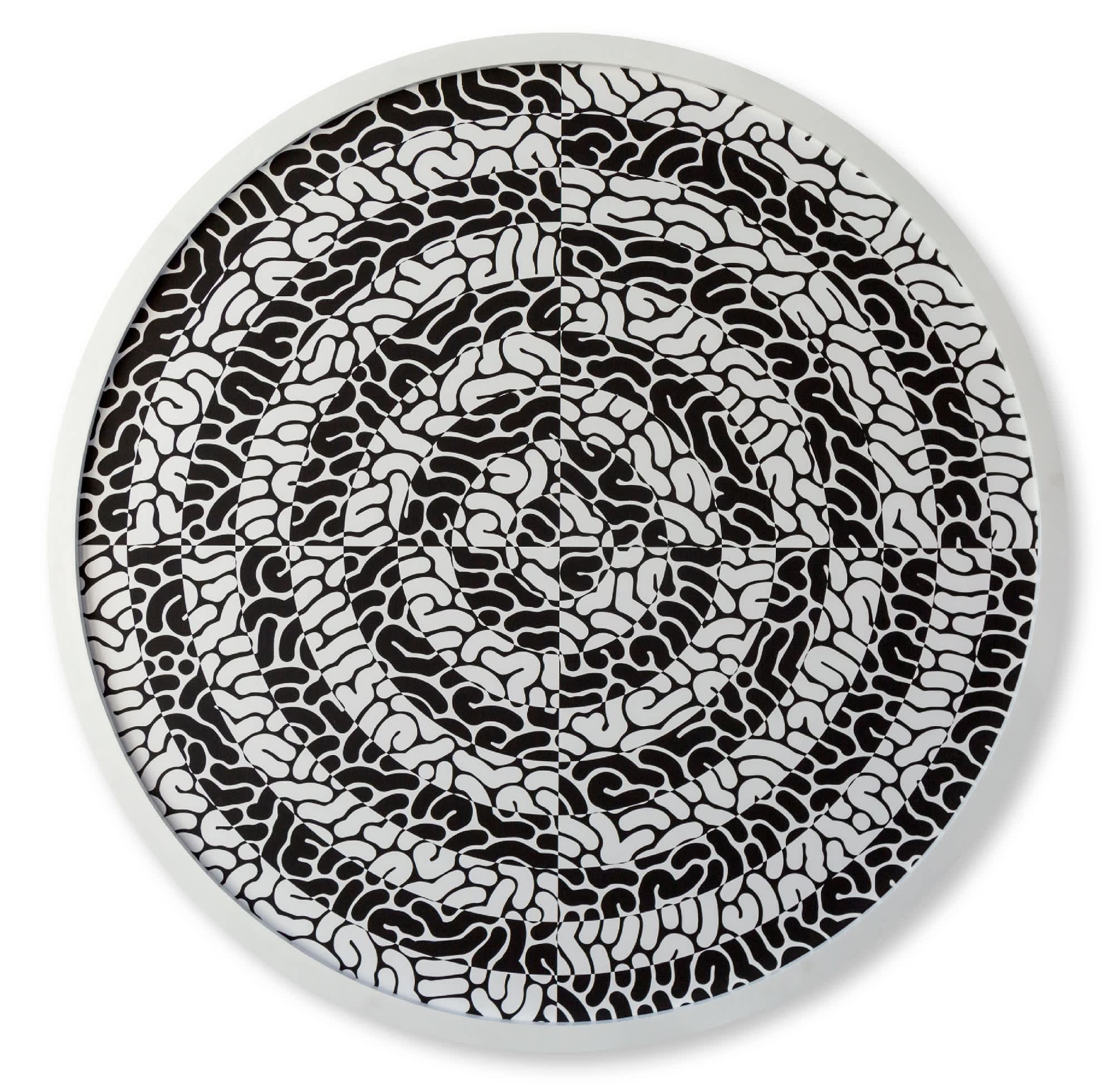 How does Vivus II depart from his previous exhibitions?

Whereas his previous artworks exuded joy through their simple forms and colours, the artworks in Vivus II possess an inner tension. There is an inherent duality to his work both in concept and design. The show is separated into two distinct bodies of work; one, a kaleidoscopic melee of glowing colour, the other, a powerful meditation on monochromatic art. These will be separated physically within the gallery space, with the viewer walking through Lefty’s black and white wonderland in order to experience the artist’s world in technicolour. 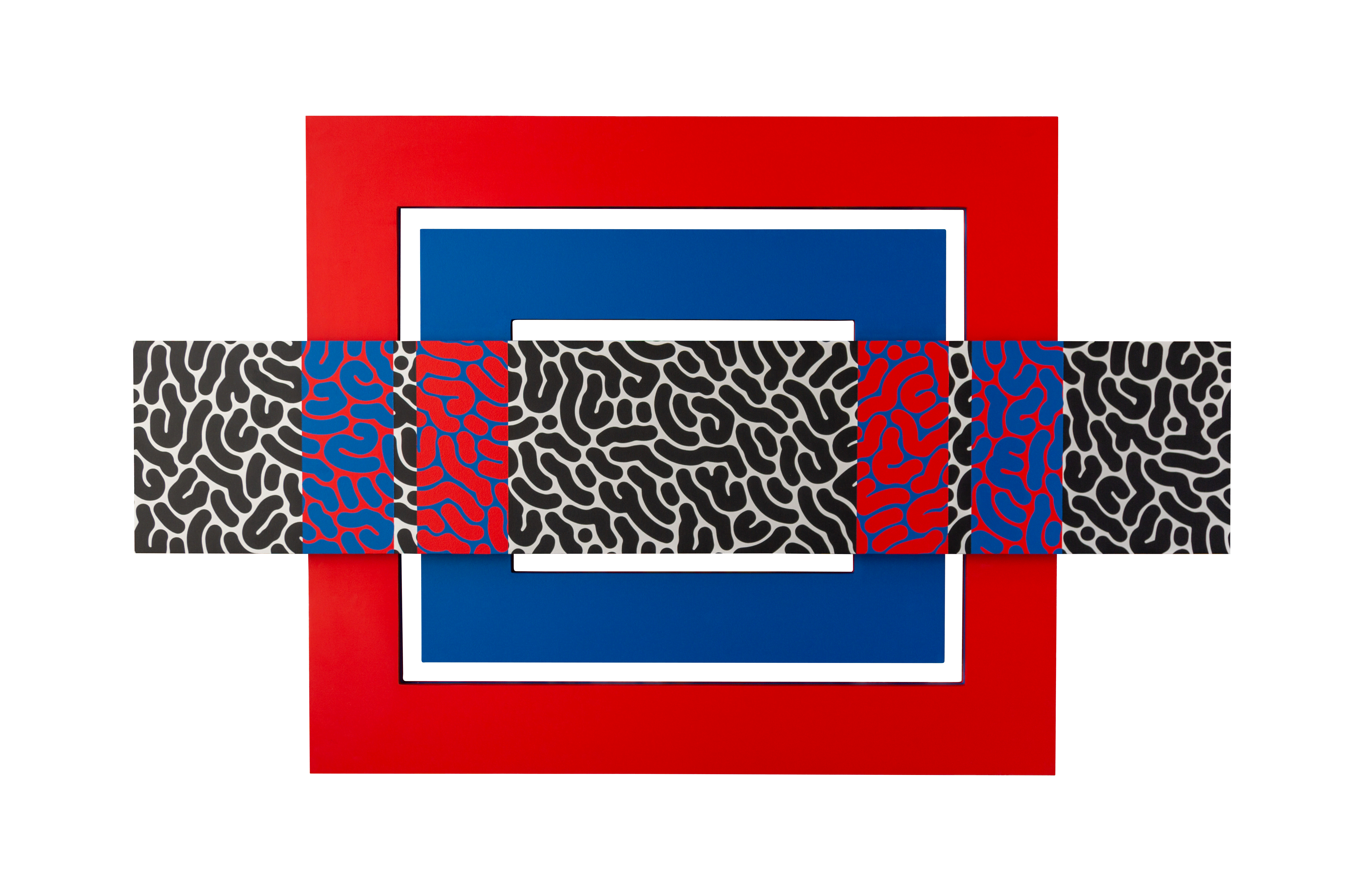 Across both colourways, Lefty combines his recognisable polymorphs with geometric shapes inspired by Op Art. His psychedelic designs spill off of the canvas creating an immersive experience that forces the viewer to step out of their comfort zone and disconnect from their current reality.