In honour of our latest exhibition, we take a closer look at our group show celebrating the diverse creativity of British art.

Opening this week at our Westbourne Grove location, Maddox Gallery are proud to present Best of British, a group show celebrating the lasting influence of the YBA movement on contemporary art and culture throughout the United Kingdom. From the distinctly British humour of David Shrigley to the vibrancy of Chila Burman’s neon artwork, the British cultural landscape is as varied as it is iconic. In honour of our latest exhibition, we look at the historical background behind some of the most celebrated names in contemporary art in the United Kingdom.

Born in 1965, Damien Hirst is one of the best-known contemporary artists of his time. Praised for spearheading the YBA movement (Young British Artists), the artist studied at the prestigious Goldsmiths’ College in London in the late 1980s. In 1988, he curated his first exhibition entitled Freeze, which would go on to define the face of British contemporary art as we know it - participating artists in the exhibition included Sarah Lucas, Angus Fairhurst, Gary Hume and Hirst himself. Described by Observer Arts writer Jessica Berens as “enter[ing] modern art history as a cataclysmic happening on a par with the Cabaret Voltaire and the Salon des Refusés”, the exhibition won instant critical acclaim and launched the careers of many of the YBAs. It cemented the young Hirst as a household name at the mere age of 23. 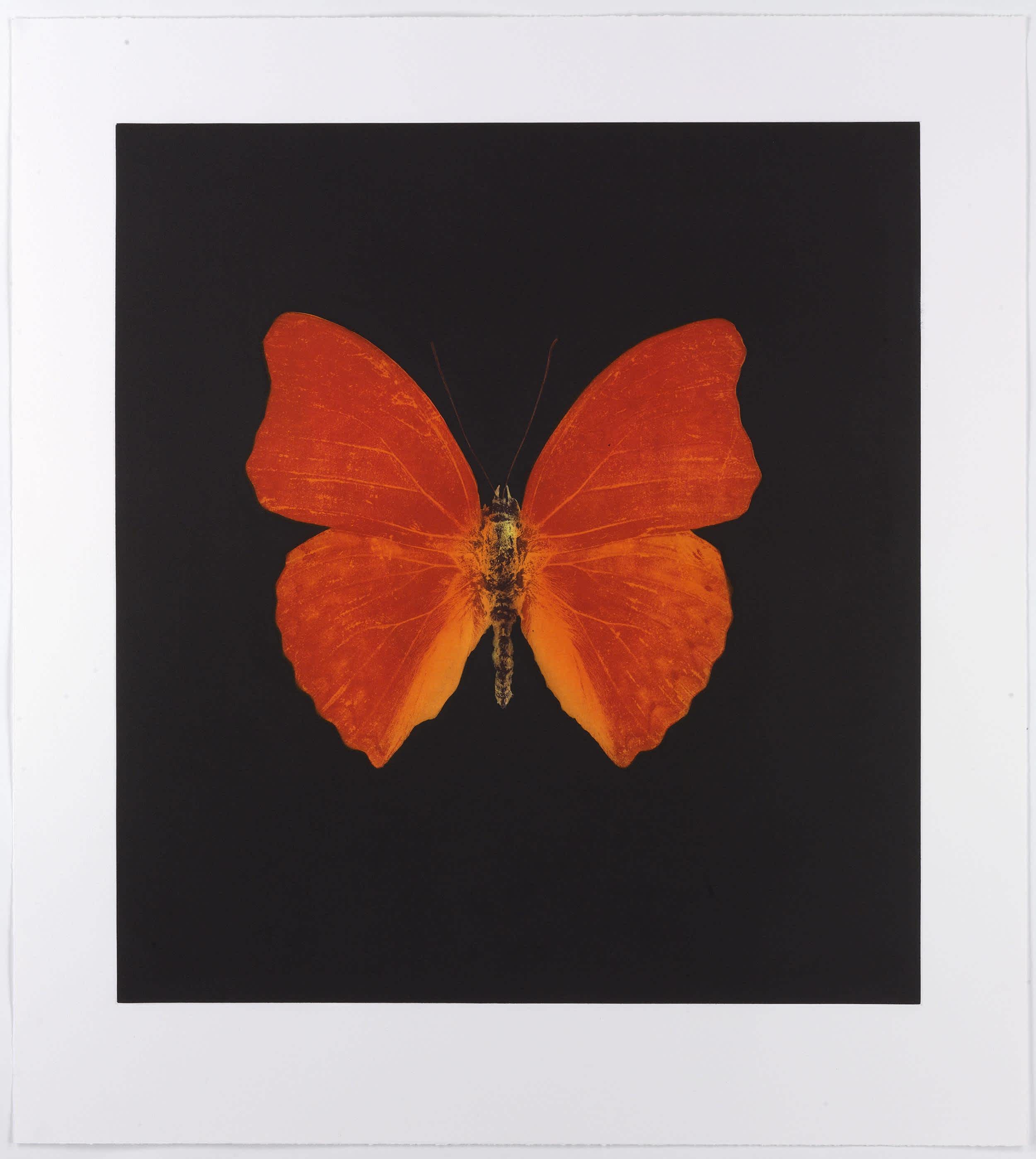 Since then, Hirst has gone on to dominate the global art scene, shocking curators, and critics alike with his ingenuity and unwavering entrepreneurial spirit. In 2008, Hirst broke all the proverbial rules of the art market when he sold $200 million worth of his artwork in one auction. Titled “Beautiful Inside My Head Forever,” the 24-hour auction exceeded all expectations and went down in history as the most expensive single-artist auction ever. The artist continues to work in surprising ways, and although he is best known for displaying dead animals in formaldehyde tanks, the artist has worked in a range of mediums throughout his career. From diamond encrusted skulls to pharmaceutical packaging, he has experimented with a range of materials, techniques and subjects that has resulted in a wide and varied practice that has stood the test of time. 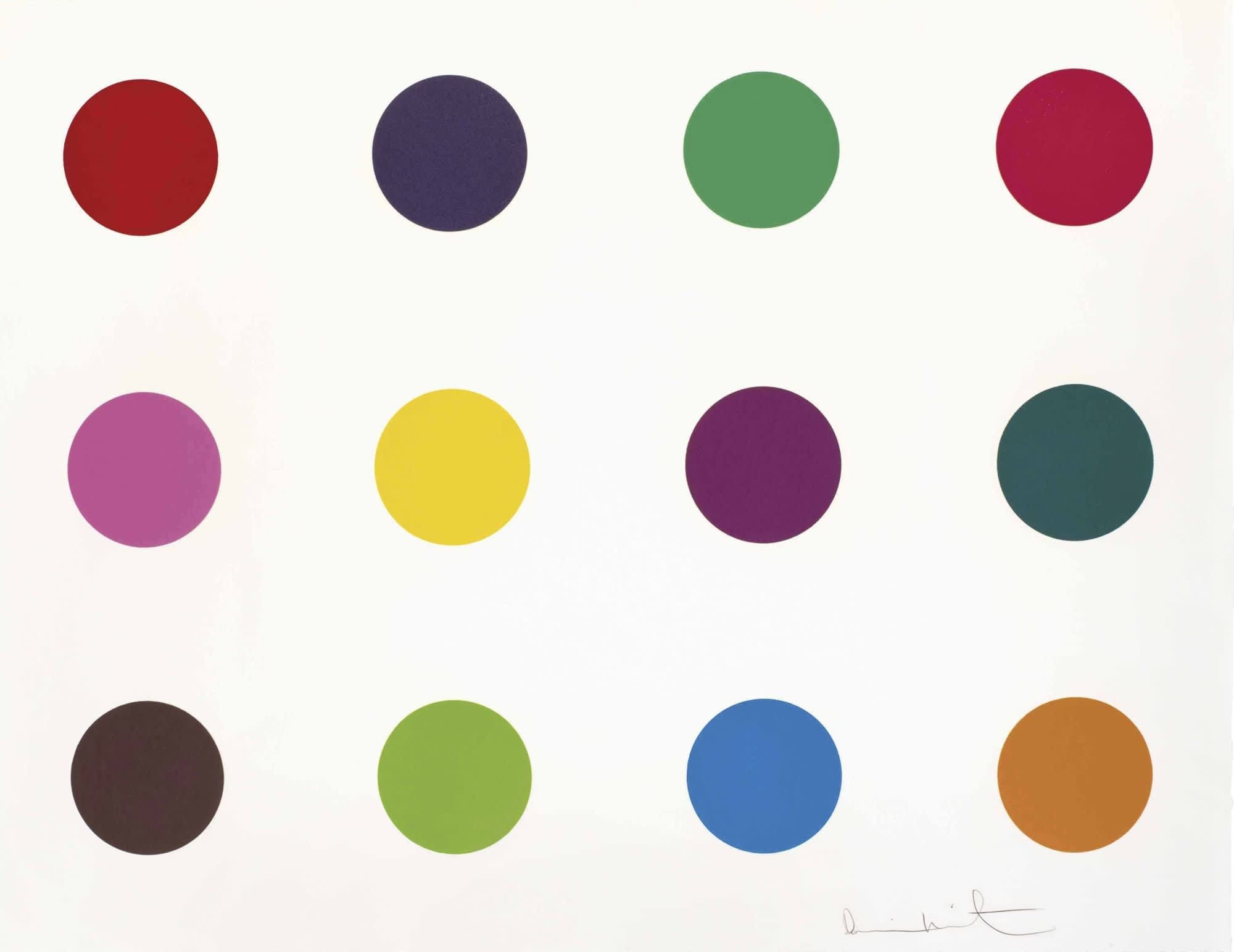 Born in 1931 in London, Bridget Riley is an English artist known for her geometric abstract paintings. Studying at both Goldsmiths’ College and the Royal College of Art, Riley has experimented with a range of artistic styles throughout her career. From semi-impressionism to pointillism, the artist was always intrigued by the optical possibilities of artwork. This study of optical phenomena came to fruition in the mid 1960s, when Riley immersed herself in the Op Art movement. The artist participated in The Responsive Eye, a pioneering Optical Art exhibition at the Museum of Modern Art in New York which put both her and Op Art on the map internationally. 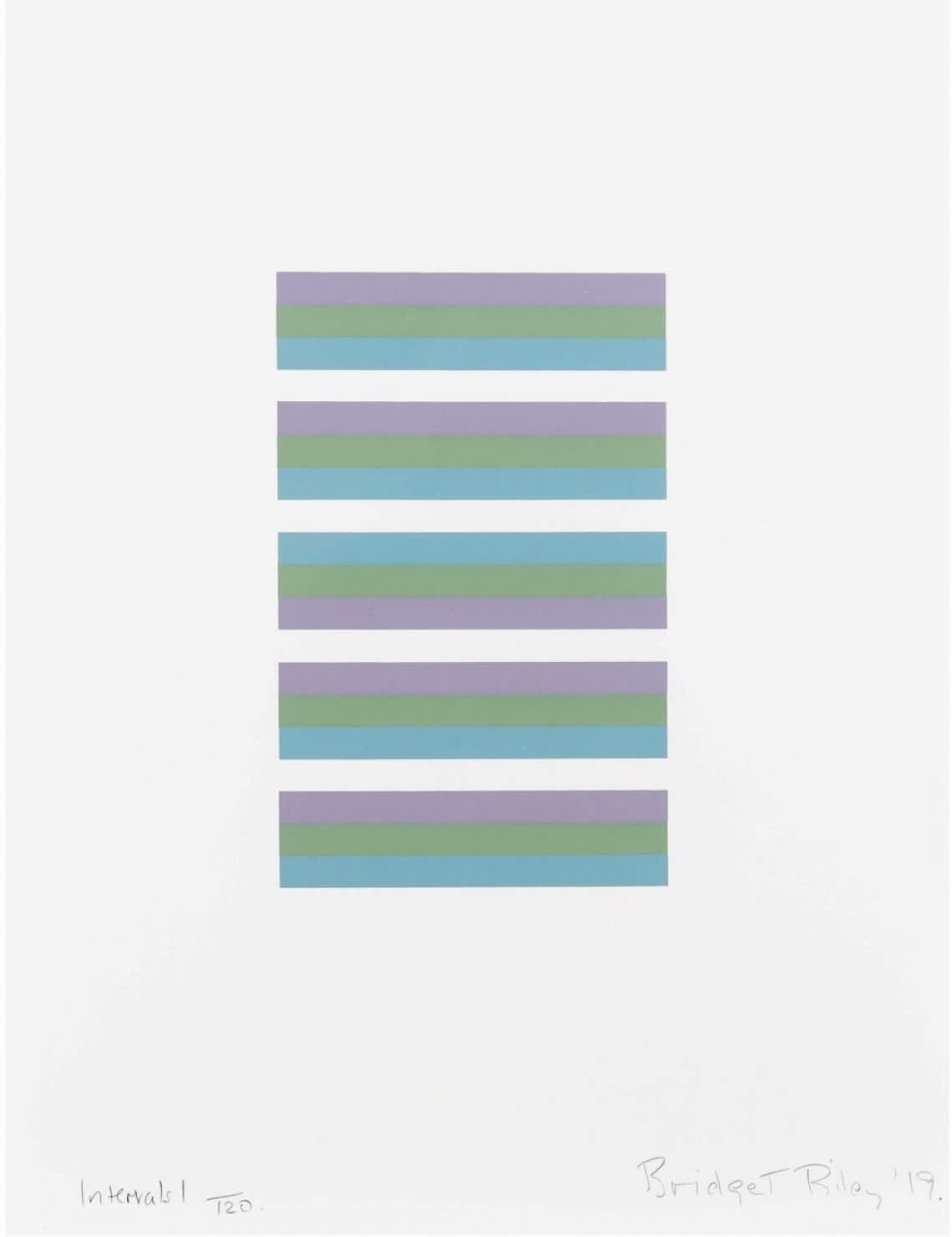 First known for her monochromatic works which she created between 1961 and 1964, by 1967 the artist had started investigating colour and created her signature striped paintings. In 1968, she represented Great Britain at the Venice Biennale where she was the first British contemporary painter, and the first woman, to be awarded the International Prize for painting. She went on to participate in two documentas (1968 and 1977) and has since had numerous exhibitions at prestigious locations and is featured in collections at Los Angeles County Museum of Art, The Metropolitan Museum of Art, New York, National Museum of Modern Art, Tokyo and many more. 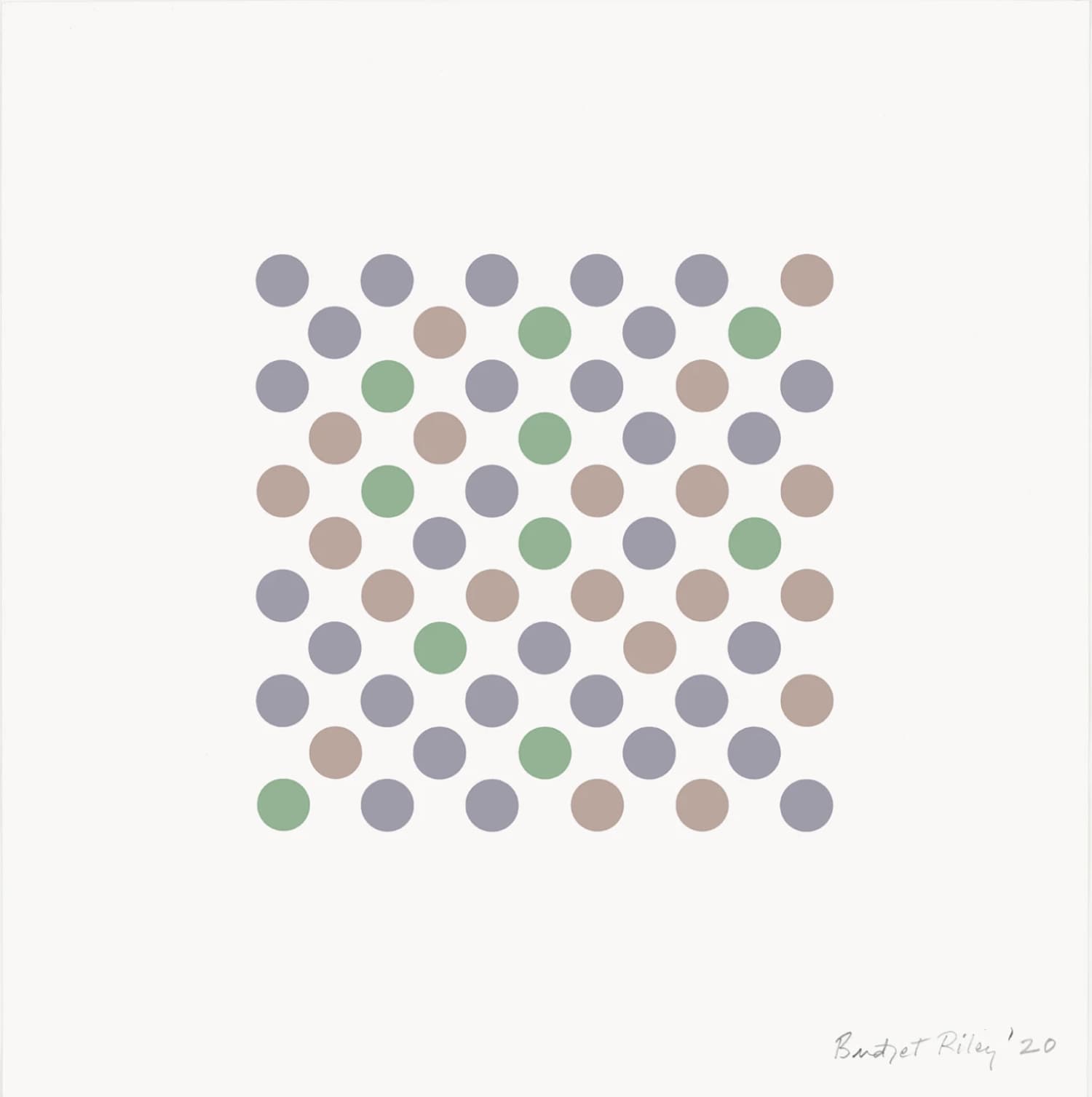 Born in Bootle near Liverpool, Chila Burman’s parents emigrated to the United Kingdom in the 1950s from India. Describing herself as a ‘Punjabi Liverpudlian’, Burman masterfully explores her mixed cultural heritage in her vibrant works. Throughout her career, she has perfected a range of mediums with her practice spanning everything from short films to neon sculpture. Describing her own artwork as ‘fun, playful, cheeky magical journeys that are happy and delightful’, her works are as uplifting as they are inspiring. 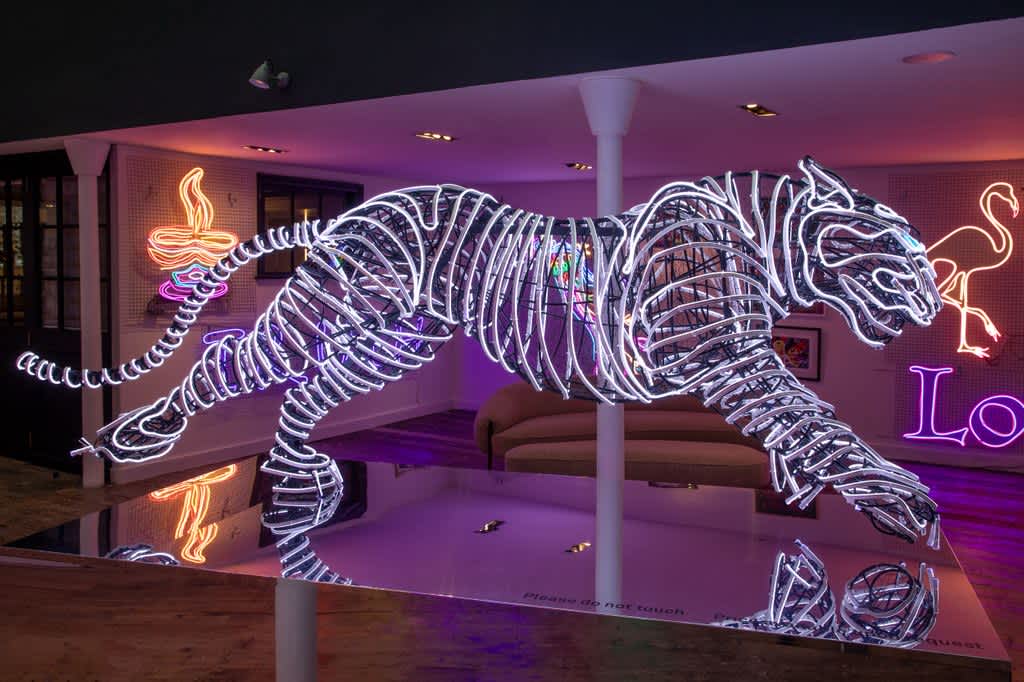 In 2020, the artist was commissioned by Tate Britain to transform the gallery façade in a swirl of hypnotic lights. The stunning installation, entitled Remembering A Brave New World, combines Hindu mythology, Bollywood imagery, colonial history and personal memories in a kaleidoscopic melee of colour. Transforming the figure of Britannia into the fierce Hindu goddess Kali, Burman comments upon India’s resistance against British colonial rule in the 1800s. Coinciding with Diwali, the installation took ‘inspiration from the luminous struggles and victories of the past to offer hope for a brighter future’. 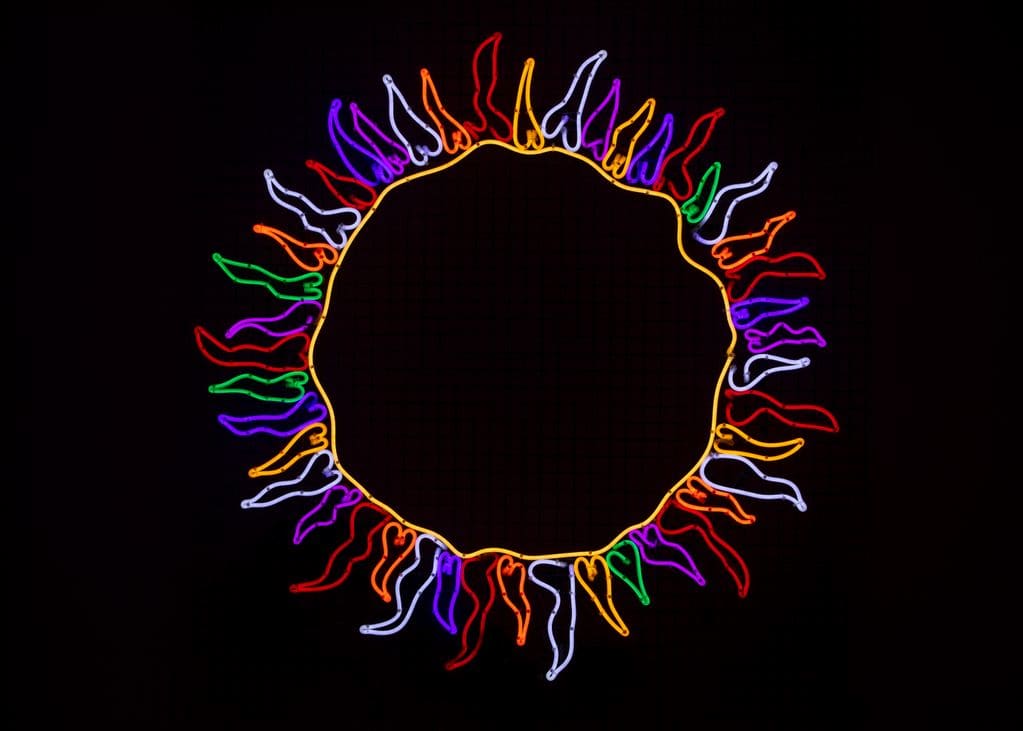 Best known for his humorous drawings and prints, David Shrigley infuses his artwork with a distinctly British sense of humour. Born in 1968 in Macclesfield, the artist studied at Glasgow School of Art until 1991. Creating cartoonish drawings in a childlike hand, the artist pairs his designs with deadpan text fragments from overheard conversations or Freudian slips. 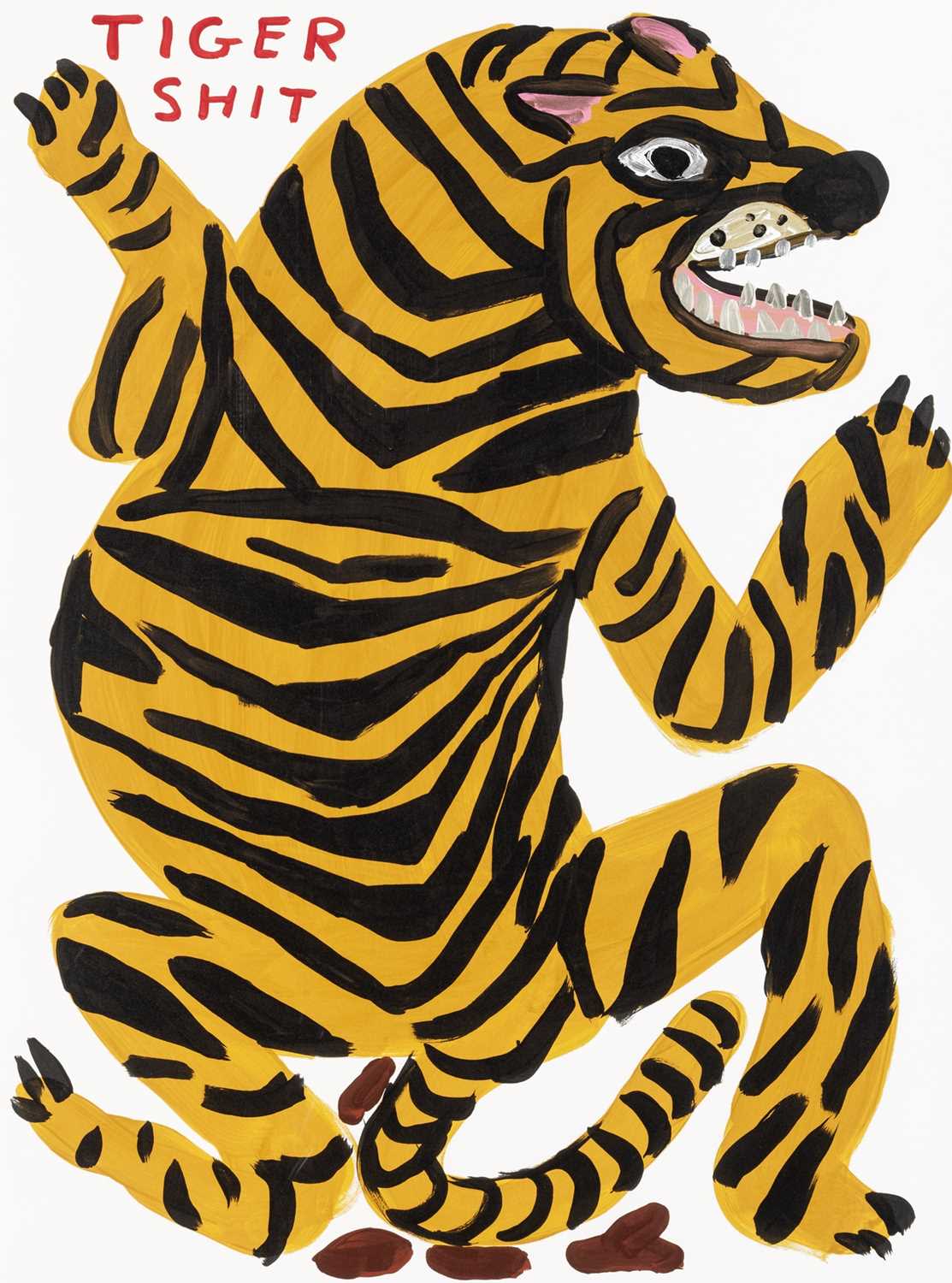 Spanning a plethora of mediums and subjects, Shrigley’s varied body of work is united by its uncanny hilarity. Leaving conspicuous comedy at the door, Shrigley opts for obscurity, leaving the viewer wondering what they are truly laughing at or if they ever even got the joke at all. His quirky humour makes sport of the art world and its serious disposition, adding a comedic element to works that are, by nature, somewhat profound. The artist reportedly states, “I don't really want to tell jokes about trivia; I'd kind of rather tell jokes about things like life and death". 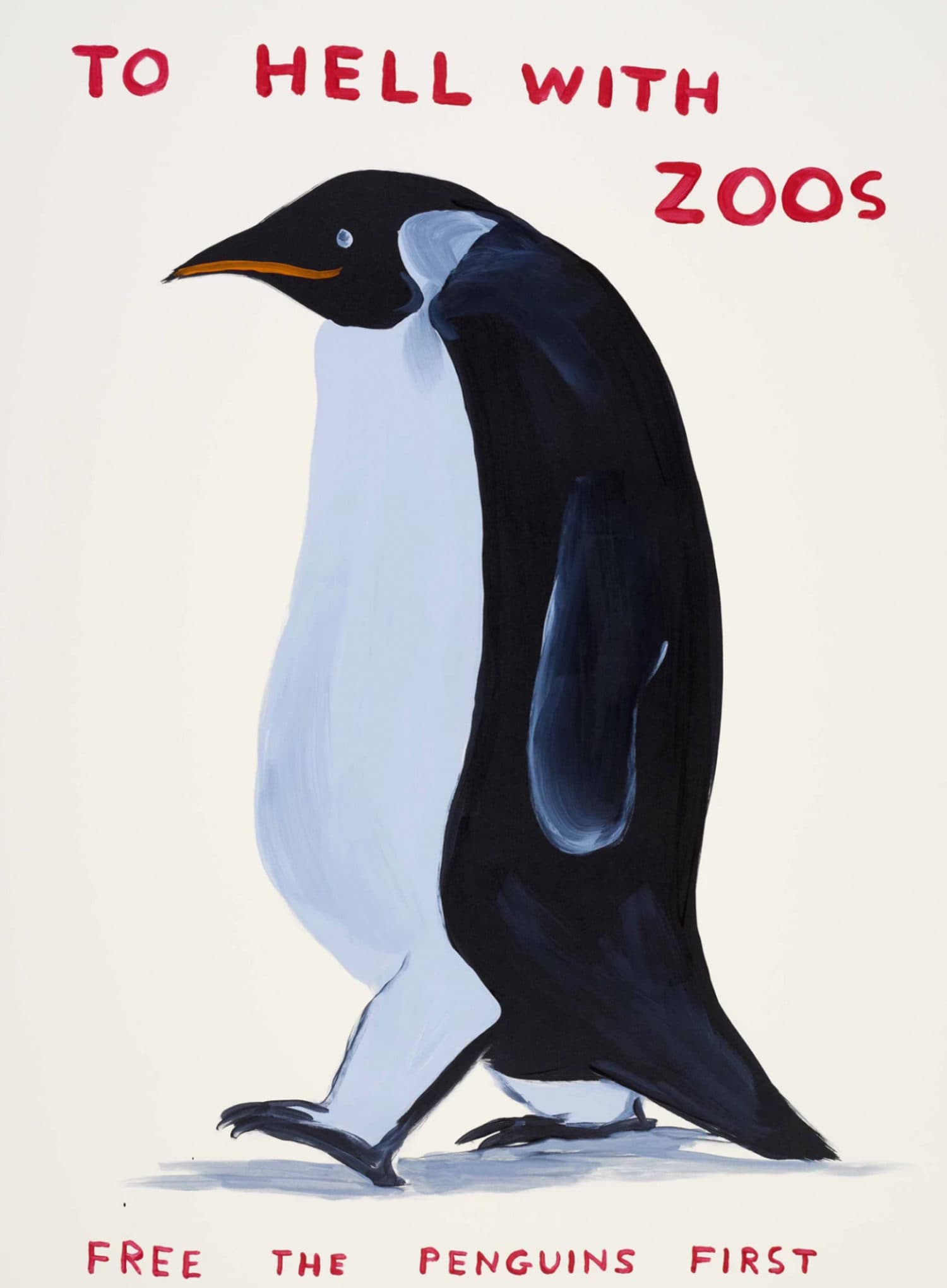 Screenprint in 3 colours on Fabriano 5 paper

Be Kind To Everyone

15 colour screenprint with a varnish overlay