In the wake of this iconic auction result, we discuss the historical importance of Shot Sage Blue Marilyn, learn about its provenance and ask what the auction result means for the art world.

On 9th May, Shot Sage Blue Marilyn (1964) by Andy Warhol went under the hammer at Christie’s New York for $195 million, making it the most expensive 20th century artwork ever sold at auction. The sale also set the record for the most expensive artwork by an American artist ever to go under the hammer. In the wake of this iconic sale, we spoke to our Artistic Director, Maeve Doyle to discuss the provenance of the artwork and the importance of the auction result. 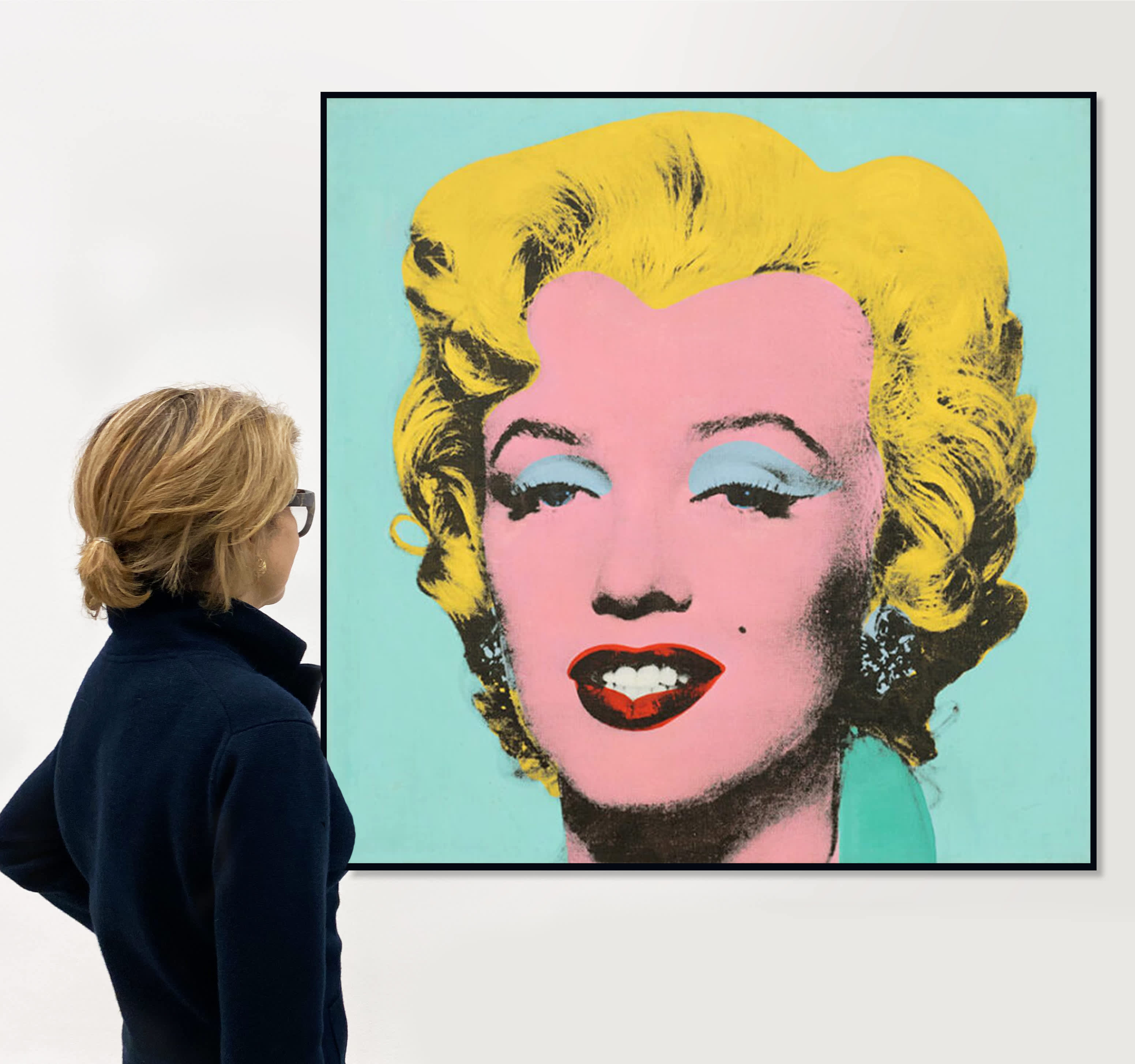 Andy Warhol first used Marilyn Monroe’s image in his artwork in 1962, when he exhibited at Eleanor Ward’s Stable Gallery in New York. Although he wished to display his work at the prestigious Leo Castelli Gallery alongside Robert Rauschenberg and Jasper Johns, Warhol showed his series of 20”x16” Marilyn prints at Stable to great critical acclaim. Every Marilyn print sold, with each work going for $250. The notable actress was an instant hit in his artwork and from that moment, she became a recurring motif throughout his oeuvre.

Maeve Doyle notes that “Marilyn represents both the light and dark side of the American dream. That is what attracted [Warhol]”. Famous for playing blonde bombshell characters, Monroe is synonymous with Hollywood glamour. Yet, her untimely passing and over publicised private life intrigued Warhol – her recent death had only shocked America a mere few months before the artist started depicting her in his work.

“You look at Marilyn and suddenly you’re basking in everything Warhol was about celebrity, death and disaster, tabloid culture and a great looking object. This piece represents everything about Warhol”.

The Story of The Shot Marilyn Series

Although Shot Sage Blue Marilyn (1964) was not the first time Warhol depicted Marilyn Monroe, the series has been immortalised in art history due to the events that took place after its creation. In 1964, Dorothy Podber, a performance artist and self-described ‘witch’, strolled into Warhol’s Factory on East 47th Street. Dressed in black leather and accompanied by her Great Dane named Carmen Miranda, she approached Warhol and asked him if she could ‘shoot’ some paintings. Assuming she meant photograph, Warhol agreed. Podber then peeled off her gloves and drew a German pistol from her handbag. She shot a bullet through the freshly made stack of Marilyn prints. Billy Name, a factory regular, reported that "she got Marilyn right between the eyes". Doyle notes that “in many ways, it was prophetic of what was to come for the artist”.

Only four years later, Valerie Solanas would enter the Factory and shoot Warhol three times in the chest, leaving the artist fighting for his life. Yet, unlike the eventual fatal shooting of Warhol, who later died from complications from his wounds, the damaged Marilyns were consequently restored and renamed the “Shot Marilyns”. Little did Warhol know, the body of work would go down in history.

Breaking the record for the most expensive 20th century artwork sold at auction, on 9th May, Shot Sage Blue Marilyn (1964) by Andy Warhol went under the hammer at Christie’s New York for $195 million. When asking Doyle what would motivate someone to buy a work like this, she states that “the owner instantly becomes immortal in the art world. The opportunity alone to buy a work like this is near unheard of”. Yet, the buyer of the iconic portrait, Larry Gagosian is no stranger to the art world. In fact, it was the same mega-dealer who sold the artwork to Thomas and Doris Ammann in the first place. So what does his re-purchasing of this work tell us about the art world?

“Warhol said that ‘Being good in business is the most fascinating kind of art. Making money is art and working is art and good business is the best art’ and this sale epitomises that”. The artist’s choice to turn business into an artistic medium has had a lasting effect on the market and the anticipation and consequent sale of Shot Sage Blue Marilyn has made global headlines, undoubtedly driving demand for Warhol's already sturdy market.

Screenprint with acrylic enamel and diamond dust on linen