In celebration of the opening of The Connor Brothers’ latest solo show, ‘Mythomania’, we take an in-depth look at the evolution of their practice and the inspirations behind their newest exhibition.

Traditionally known for their paintings and prints of pin-up models, The Connor Brothers is a well-recognised name within the industry. From their fictitious backstory that fooled the art elite to the surprising way their style evolves, there is nothing ordinary about the artistic duo. In celebration of the opening of their latest solo show, ‘Mythomania’, we take a deep dive into The Connor Brothers’ past and look at the inspirations and motivations behind their latest body of work. 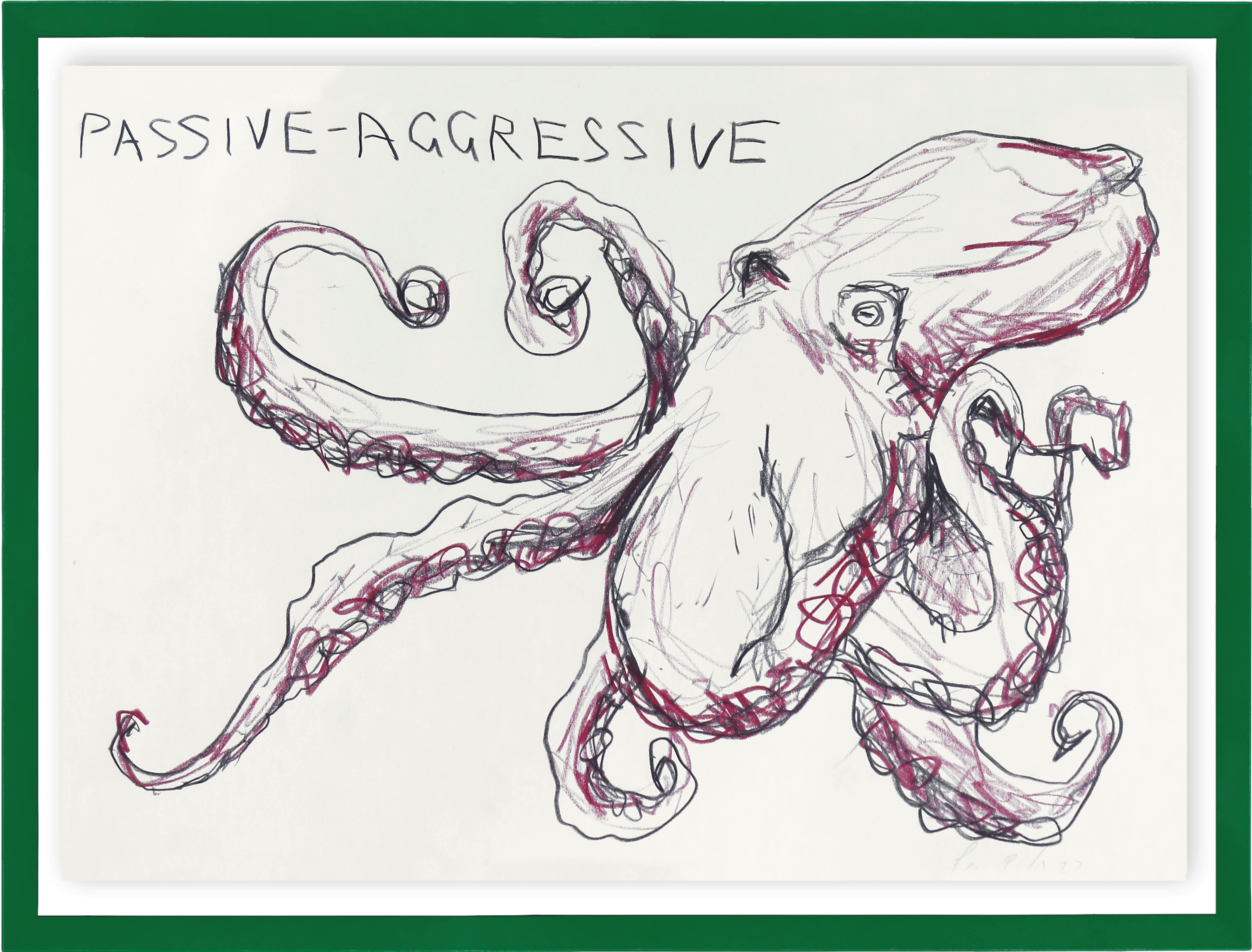 Emerging on to the scene over a decade ago, The Connor Brothers quickly established themselves as key players in the art world. Like most artists, over the past ten years, their style has changed. Their first, and arguably most well-known series, was called Pulp Fiction. The body of work saw the pair combine imagery from vintage paperback books with snippets of pithy text; ‘I Drink To Make Other People More Interesting’, ‘Tell Me Beautiful Untrue Things’, ‘I Don’t Want To Go To Heaven, None Of My Friends Are There’. At first glance, these sayings may evoke a smile or a chuckle. They are witty and entertaining. Yet, with further reflection, you realise that the artwork’s humour is largely to do with the accuracy of the text. The quotes, although snappy and clever, are poignant. They reflect upon life, death and everything in between. This dichotomy between humour and emotion, truth and artifice, lies at the centre of all of The Connor Brothers’ work.

In ‘Mythomania’, these tensions are brought to the forefront. Sitting as part of the Regression series – a collection that grew out of art therapy sessions the pair undertook during lockdown, the exhibition features work that are visually contrasting from their earlier oeuvre. Rendered in a childlike hand with a unique authenticity, the canvases depict mythical creatures, largely dinosaurs and dragons. These fantastical beasts exude energy, and the naïve way they have been drawn only adds to this sense of unbridled dynamism. Visually, the body of work is a far cry from the smooth and controlled style of Pulp Fiction. 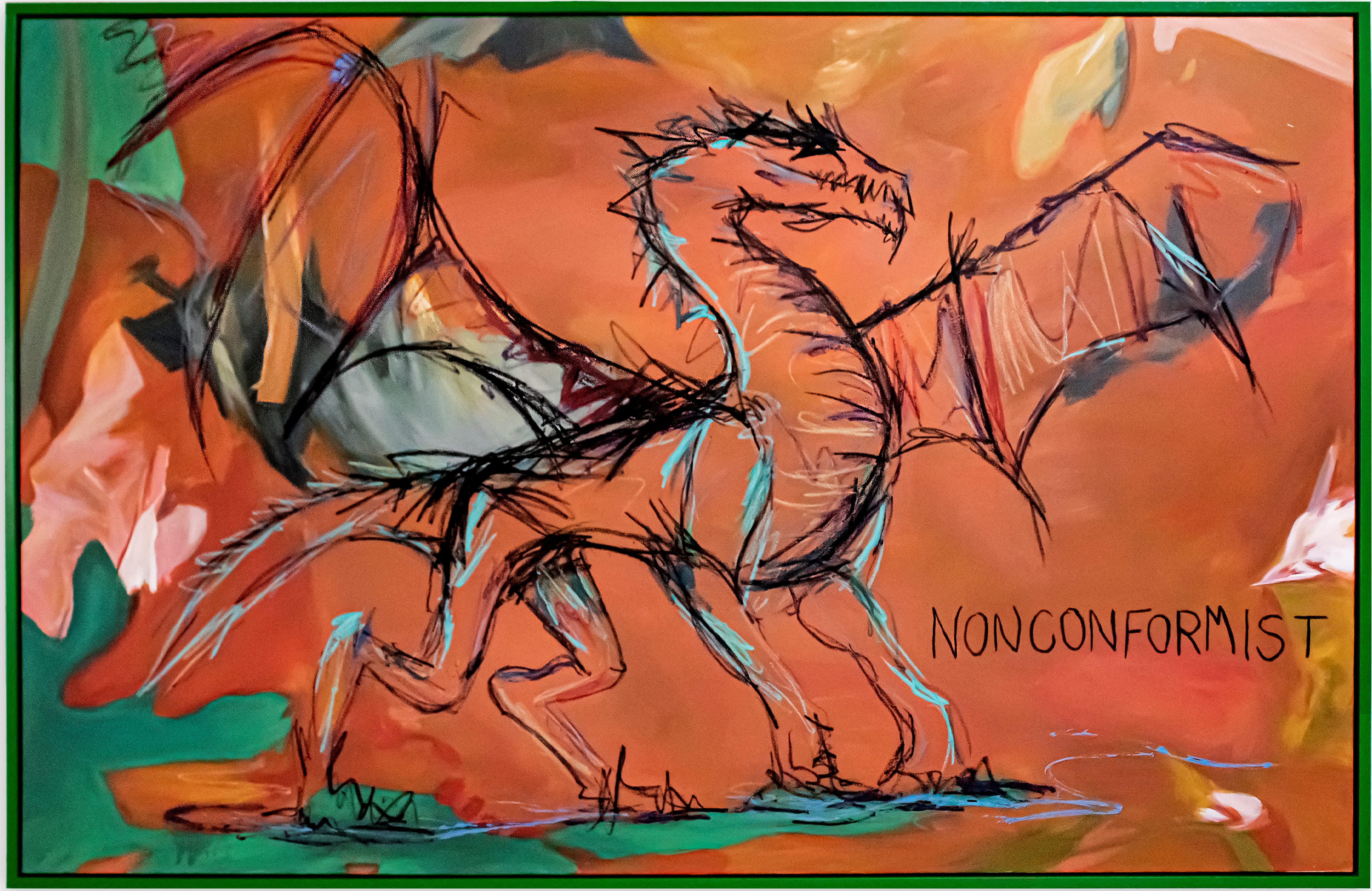 However, the sentiment remains largely the same. Beneath the light-hearted façade of the playful works lie hidden worries that ring true to a contemporary audience. “The Future”, “Social Media”, “Cancel Culture”; these snippets of text describe modern anxieties. Yet, when juxtaposed against smiling unicorns and unassuming dodos, you laugh – the innocent drawings softening the gut-punch blow of having your anxieties laid bare. Like their previous bodies of work, this series treads the line between absurdity and empathy with finesse and skill.

‘Mythomania’ by The Connor Brothers will be available to view at our Westbourne Grove location until 7th August 2022. 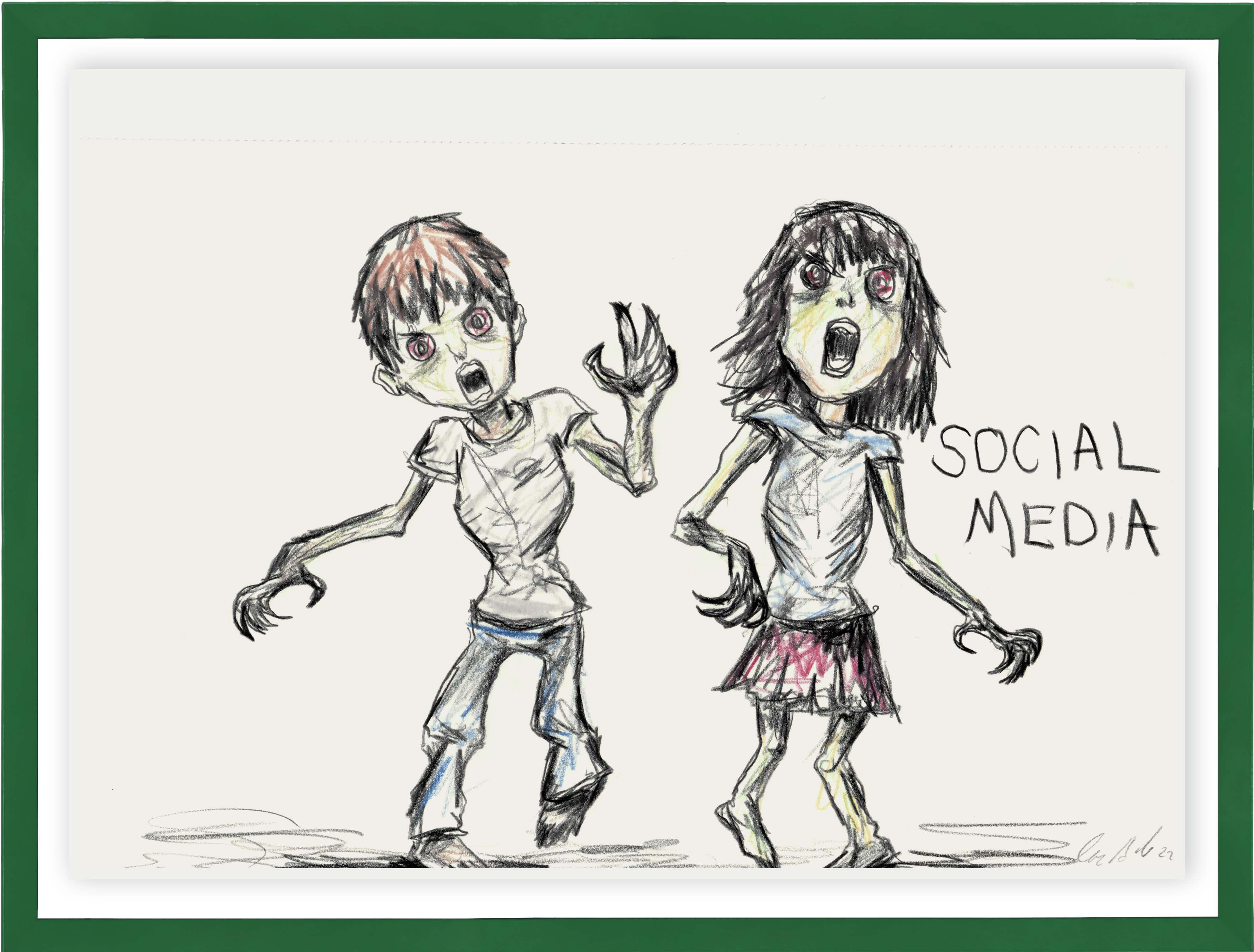