5 Artworks to Invest in Now, by Jay Rutland

Interested in investing in art? Making an investment into an artwork is a process which is no longer complicated and full of risk. With the right guidance, you can make a profitable investment and enjoy the future market prospects of the work of your choice. We explore Maddox Creative Director, Jay Rutland’s five top picks in which to invest today.

Often referred to as the father of Pop-art, Andy Warhol is an iconic figure who made his mark on art history and paved the way for the Pop-art movement to develop throughout the years to come. His work spans across different media, including painting, silk screening, photography, film and sculpture. Centred around popular culture, Warhol’s art is based on topics such as consumerism, celebrity culture, and advertising, and how these interlink with artistic expression. Warhol’s investment potential is second to none. Not only was he the third best performing artist at auction in 2021, but in 2022 his print market has broken last year’s record, from £31.2m in 2021 to £38.5m in 2022. This, coupled with his auction record for “Shot Sage Blue Marilyn” earlier this year, has made the artist’s work even more desirable among collectors, with almost half of his prints selling above estimates on the public market.

“Orangutan From Endangered Species”, is part of a larger body of work which he endearingly refers to as “animals in makeup”. Interestingly, this series was commissioned by political activists and friends of Warhol, Ronald and Freyda Feldman, in order to raise awareness on environmental issues. Bold in colour and deep in message, this work is not only a profitable investment, but would also serve as an important addition to any collector’s portfolio. 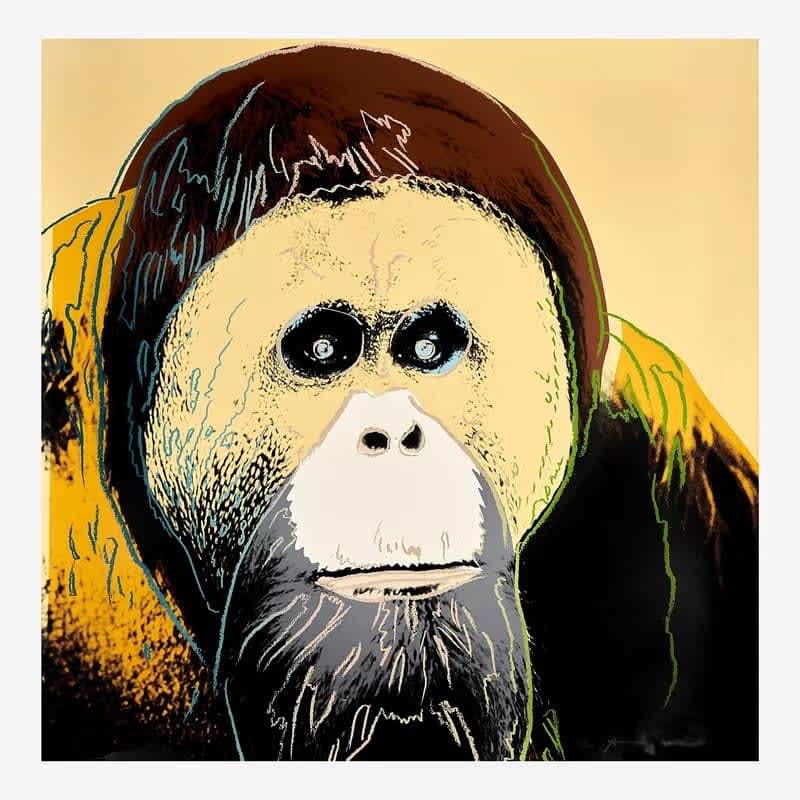 Harland Miller is a visual artist and author who enjoys marrying words with visuals in his work. His witty reimaginations of famous book covers present a mixture of nostalgia and humour. His work is widely exhibited and collected by celebrities such as Ed Sheeran, Sir Elton John and George Michael. In terms of investment potential, Miller has been steadily elevating his status in the auction world in recent years. At auction his work achieved a turnover of more than £1.2M in 2021, up 350% from his previous peak in 2015. This has made his work an important consideration for all art investors. This specific work came from a series called “Circling The Small Ads”, a form of newspaper advertising by people looking for companionship. Miller was inspired to create Narcissist Seeks Similar as a playful comment on people’s way of publicly advertising themselves in the hope to find intimacy with another human being. 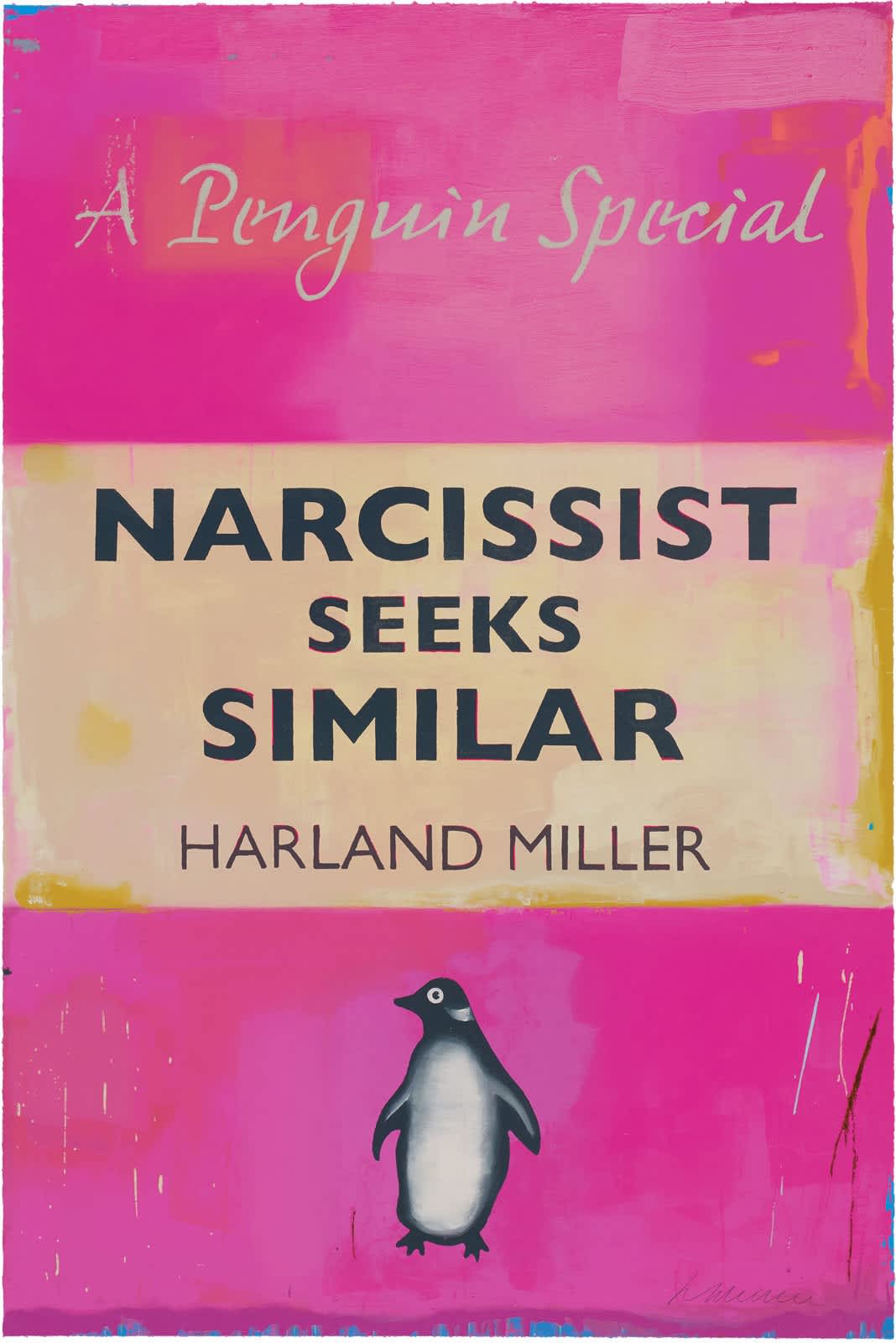 Banksy is a name all of us know, no matter our knowledge on art. The infamous street artist began making work in the early 1990s, initially under the name “Robin Banx”. Later changing to the much more recognisable and memorable “Banksy”, he immersed himself in graffiti culture, spray-painting walls across the Southwest. At that time, graffiti was still considered vandalism and not art, and the artist had many encounters with the police. Much has changed since then, and we now appreciate Banksy’s art both in the streets and at auction. Since he appeared at a sale for the first time in 2006, his prints and editions have garnered significant attention, and have been steadily increasing in value for the last 15 years. Even in the uncertain economic landscape in post-pandemic times, the artist continues to break auction records. Maddox clients who invested in Banksy have enjoyed average returns of 35% in 2021. In this particular work, Kate Moss, we see a familiar reference to pop-art star, Andy Warhol. Paying homage to the artist’s iconic Marilyn Monroe suite, Banksy created this unique edition for Kate Moss herself as a wedding gift. Arriving at the destination of her honeymoon, she was pleasantly surprised to see the work installed in her hotel room. The value of the Kate Moss series has been subject to a 371% increase in average auction price in the last 10 years. This work signifies the way an icon can immortalise another icon through artistic means, which makes it relevant and valuable for a larger audience. 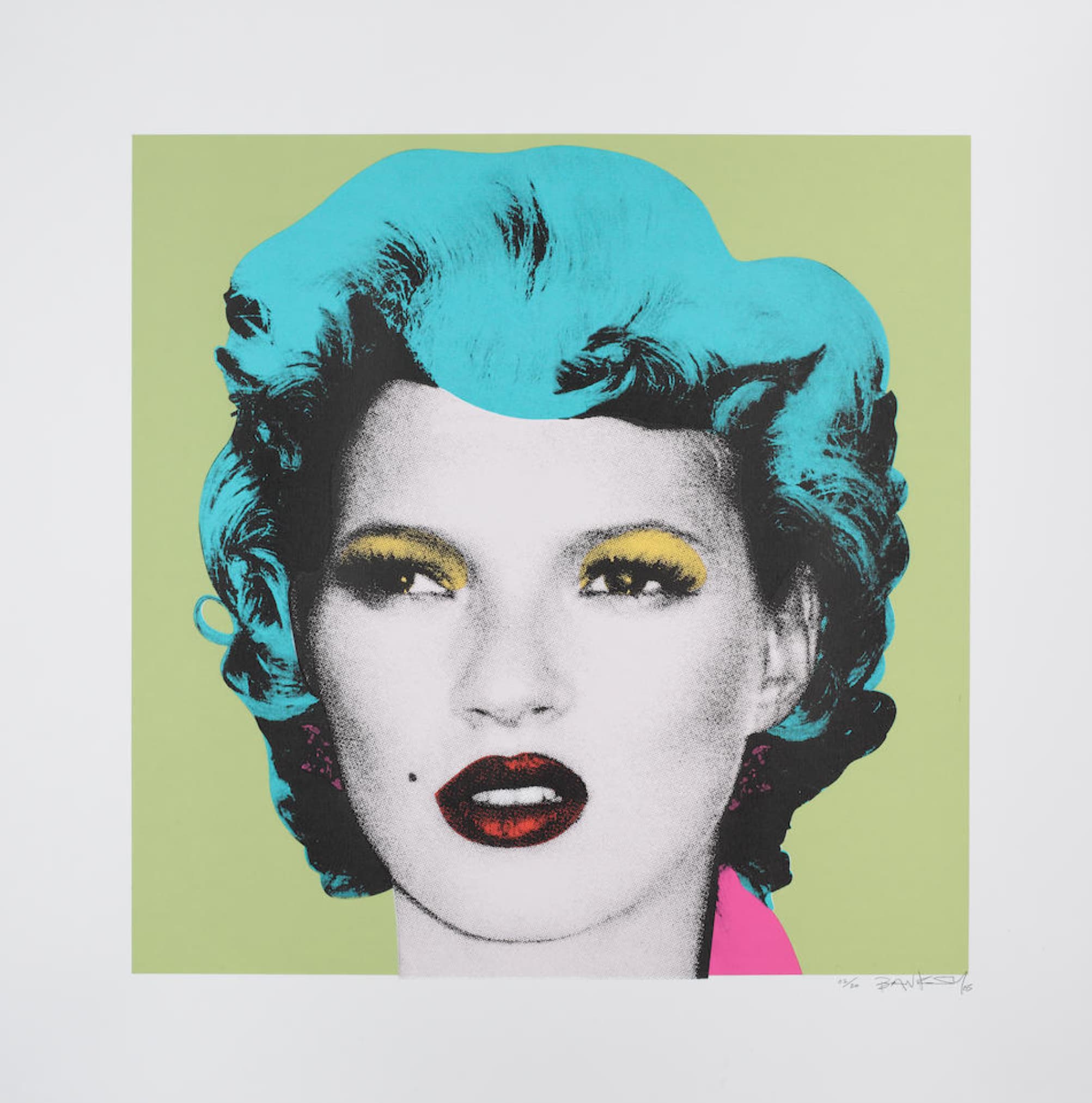 George Condo is an artist who didn’t go down a traditional path when embarking on his art career. Whilst he was working in a silkscreen shop after leaving college, he joined a band called The Girls, which led him to meet the renowned street artist, Jean-Michel Basquiat. Basquiat encouraged Condo to focus on being an artist, and that is where it all began. Condo began by working in Andy Warhol’s studio, applying gold to the pop-artist’s series Myth. His career developed from that point, and spanning over four years, it made him into one of America’s most influential living artists. With an average of 10 shows per year between 2010 and 2020, Condo has a stellar curatorial track record, which in turn placed his work firmly onto the marketplace for eager buyers to consume. In 2021, Condo hit a record sale at auction, gaining a total of £55.2M, a 35% increase from the total auction sales in 2020. And since 2000, his prints represent 57% of the total volume of lots selling at auction. With these figures in mind, collectors are confident to invest in the artist, knowing that his work is timeless in value and in aesthetics. His present work, Droopy Dog Abstraction, was produced in 2017, the same year as Condo’s first major retrospective of works on paper. This exhibition travelled internationally, and the work has sold for 50% above its low estimates since its first appearance at auction in 2019. Desirable among collectors and a favourite for art lovers, the work is playful, imaginative and humorous at the same time. It is an artwork which sparks conversation, and will no doubt be a key piece in any buyer’s collection. 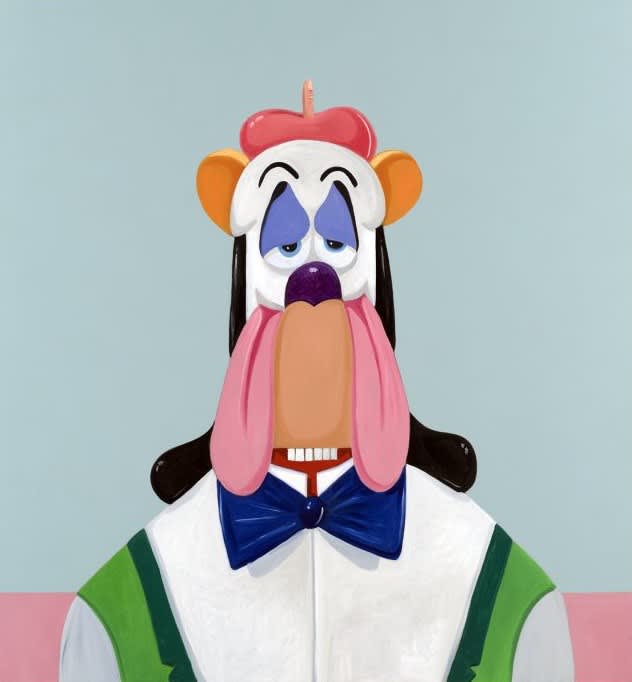 Jean-Michel Basquiat emerged from New York’s underground art scene in the late 1970s. At the age of 20, he had already become an established gallery artist, collaborating with some of the most prominent artists of that time such as Andy Warhol. He became one of the most internationally renowned artmakers of the 20th century, and even after his untimely death at 27, his legacy continues to flourish. His works, whether his originals or produced by his estate, have consistently garnered the attention of collectors and investors who boosted his print market to the dizzying figure of £17.7M since 2000. His average sale price has increased by 140% from 2017 to 2021, and the number of prints sold has quadrupled in the last decade. These factors make for an insatiable appetite for Basquiat’s work on the market, as collectors see the healthy long-term potential in such an investment. Basquiat’s work interrogates topics such as politics, race and philosophy. His bold lines, dynamism and bright colour palette perform well in the formats of prints and editions. Impact, power and meaning is what we draw from the present Basquiat work, Boxer Rebellion. Using scripted words both in English and Chinese, Basquiat writes “Chinese Boxer Rebellion” at the bottom of the artwork, as it examines the historical event in the north of China while expressing admiration for Black sport icons such as Sugar Ray Robinson. The vibrant patches of yellow, red and blue suggest the influence of mainstream media and television, reinforced by the word “Technicolor” and “Panavision” written in the bottom of the artwork. Although no longer living, Basquiat continues to inspire enthusiasm within collectors, and his thriving market ensures that he lives on in his art for generations to come. 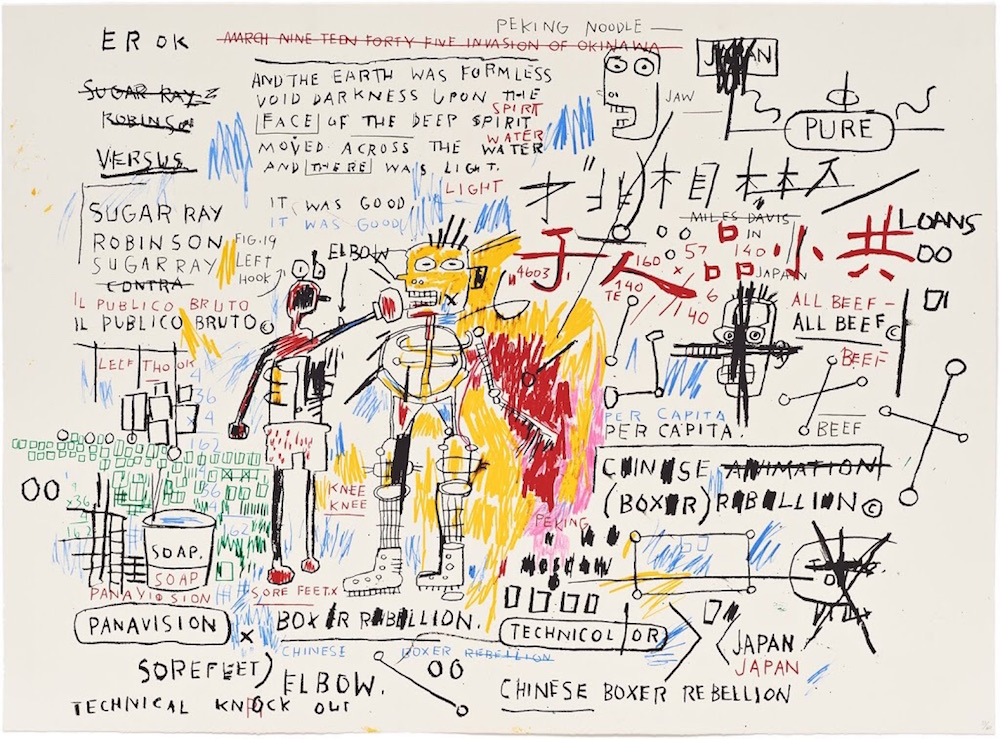 Untitled No. 15 from "The Yosemite Suite"