The Cult of Celebrity

The art world has always been fascinated with celebrities. Pablo Picasso famously received a gift of an elephant from the musician Igor Stravinsky, which inspired his series of works based on the animal. And we all know about Andy Warhol's obsession with Marilyn Monroe, which led him to create some of his most iconic works. Art and celebrity have always gone hand in hand, and when a part of history is documented and co-signed by both the creator and the sitter, collectors are willing to dig deeper into their pockets to secure it.

The close personal relationship between the artist and rock star led to an iconic series of 10 prints, created in 1975. Unlike other celebrity portraits appropriated from a public source, the portfolio of images used to create the Mick Jagger series was produced directly from a Polaroid photoshoot with Warhol in person.

Projected and stylised into collages of solid blocks of colour, metallic hand touches and intersecting lines, the collection of Mick Jagger prints is the only series by Warhol to be signed by both sitter and artist in its entirety, which has historically increased their price at auction.

Publicly offered at auction just eight times in the last 20 years, in June 2020 the portfolio of 10 prints sold for $875,000, doubling its estimate and setting a record for the series. 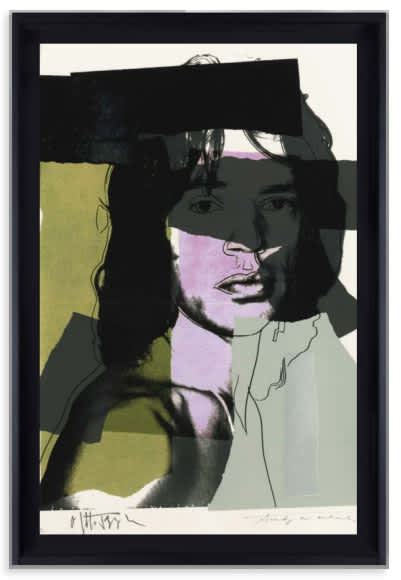 Terry O’Neill’s dynamic and evocative photographs radiate the spirit of the swinging 60s, as personified by the Hollywood actress Brigitte Bardot. One of the world's most collected photographers, O’Neill’s lens captured politicians from Winston Churchill and Margaret Thatcher to John Major and Nelson Mandela, as well as members of the Royal Family, including Queen Elizabeth II herself, but it is his series of portraits of Bardot that are among his most iconic.

Brigitte Bardot, Spain was photographed by O’Neill on the set of Les Pétroleuses (The Legend of Frenchie King). This world-famous portrait of the screen siren smoking a cigar is part of the National Portrait Gallery’s permanent Photograph Collection.

Co-signed examples of Brigitte Bardot, Spain are rare and highly sought-after, accounting for three of the 10 most expensive artworks by O’Neil ever sold at auction. 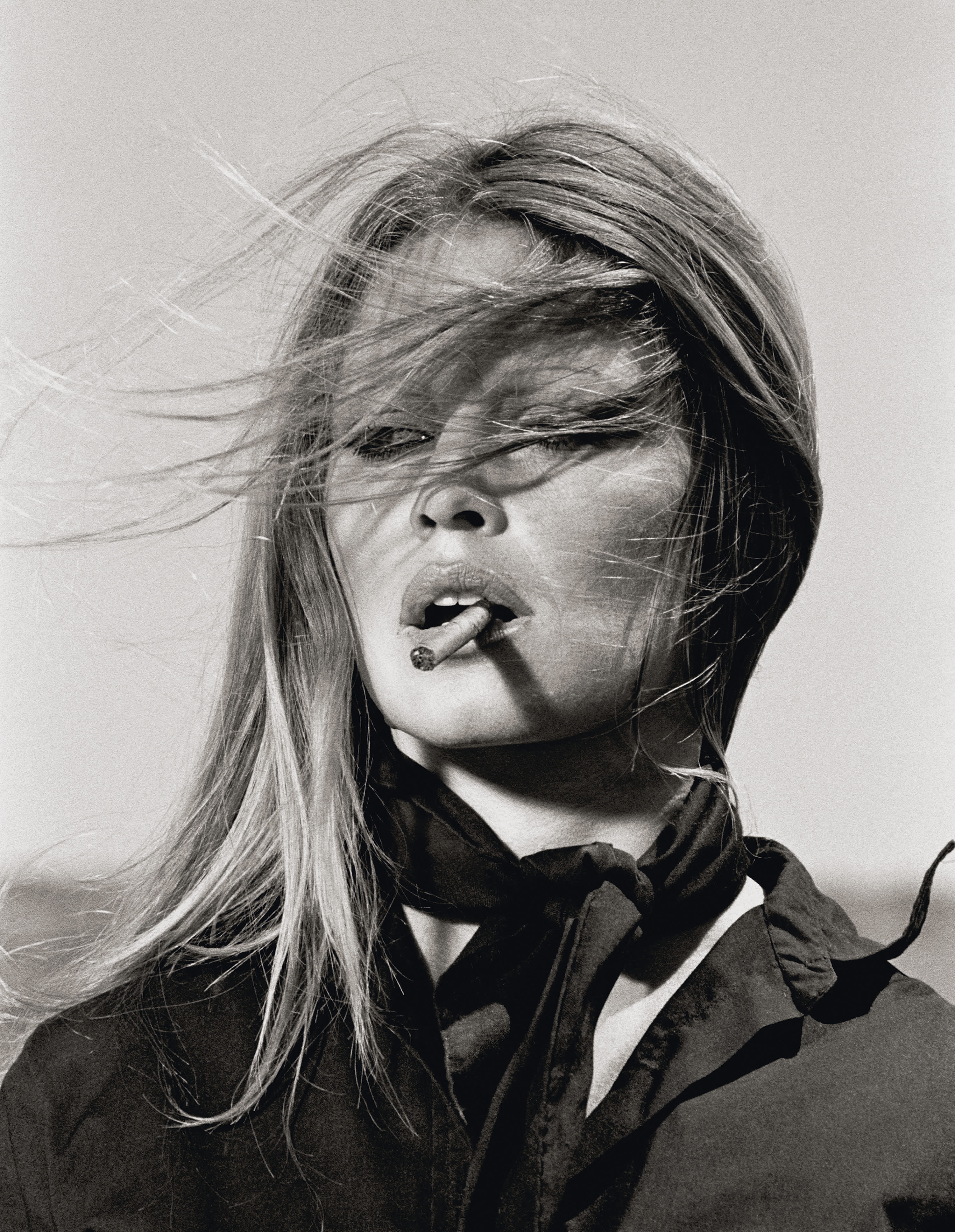 World-renowned fine art photographer Andy Gotts is famed for capturing the human behind the celebrity. From Eddie Redmayne to Robin Williams, Pacino to De Niro, his intimate portraits of Hollywood greats are characterised by their cinematic use of shadow and contrast, inspired by Gotts’ love of the movies.

Captured in his signature black and white style, Gotts photographed Soccer Aid stars of screen, music and sport, including Usain Bolt, Damian Lewis and Rita Ora, for his current exhibition Faces of Soccer Aid at Maddox Gallery. Running until 9 October 2022, all proceeds from the sale of the images, co-signed by both artist and sitter, will aid UNICEF’s work.

Representing the close bond between artist and subject, every celebrity generously donated their time to sit for and sign each of their portraits. Co-signed works carry much more weight than an autograph alone, making these prints even more special and collectable. 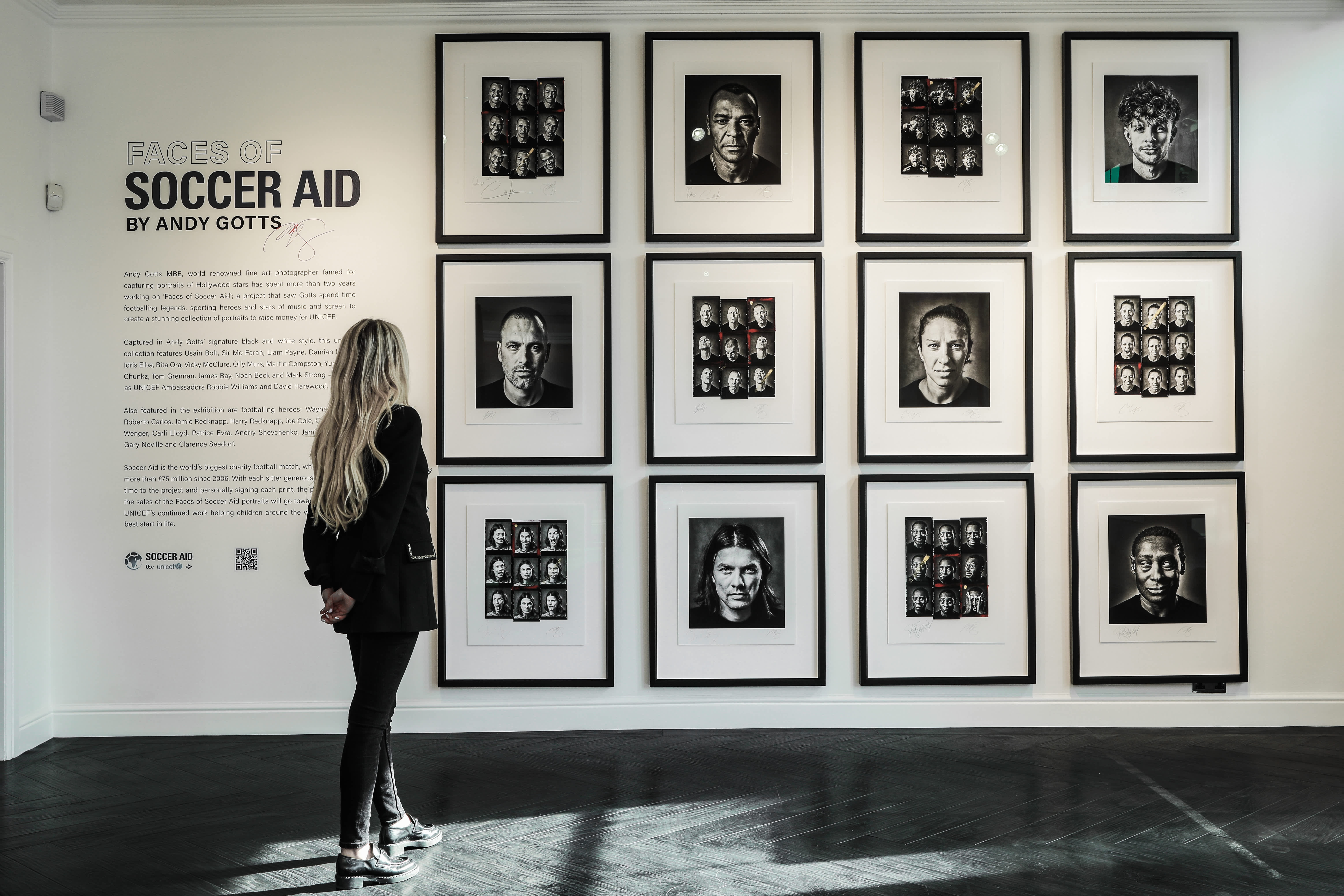