According to the industry analysis firm ArtTactic, confidence in the art market has reached its highest point since 2014. But what does this mean for new investors starting out with smaller budgets? If you are considering joining this expanding pool, the good news is that you don’t need an enormous investment to do so. Here are our top five recommendations for investing in art on a budget of less than £20,000.

1. Start small and reinvest your profits

If you’re brand new to the art world but want to enjoy the benefits of investing in art, it is quite possible to start with a small budget. According to the RawFacts Auction Review of the First Half of 2022, the volume of works in the market priced at $10,000 and under grew by 43% between January and June of this year. This means that it’s easier than ever to discover and invest in an original piece of art that you love. 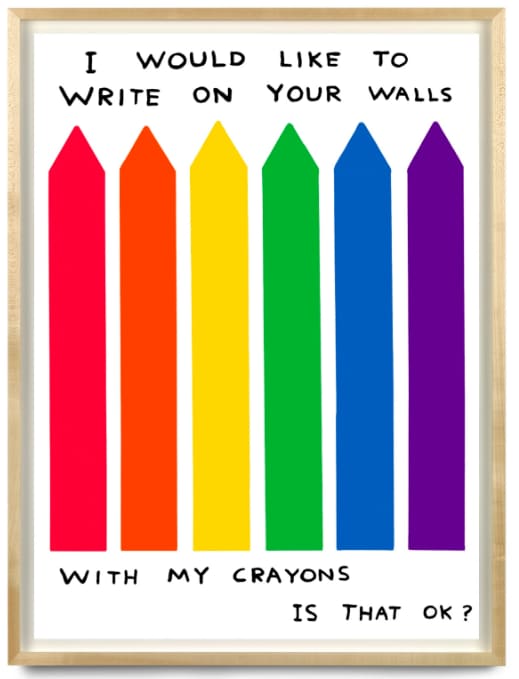 DAVID SHRIGLEY, I WOULD LIKE TO WRITE ON YOUR WALLS

As you build your confidence based on your returns and develop an understanding of the field, you will want to reinvest your profits and climb the investment ladder. Our personal advisors at Maddox are there to guide you through each step of your journey and will recommend you increasingly sophisticated options every time you want to reinvest, based on their detailed knowledge of the contemporary art world and experience in portfolio management.

Best known for his paintings of words, Mel Bochner is considered a pioneer within the conceptual art movement. His powerful use of language produces artworks that are both mordantly funny and bursting with colour. With some of his original artworks auctioning above the £200,000 mark, investing in prints such as Scoundrel and I Forget can be an excellent entry point into the world of art. 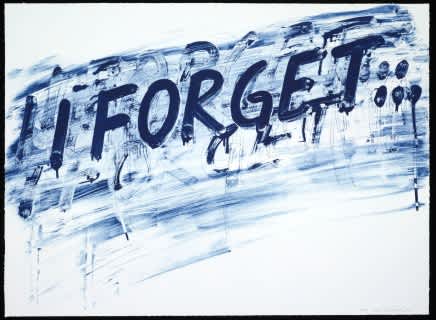 There are so many talented artists who are yet to be discovered and break into the blue-chip world. With emerging artists often producing top-tier works for a far more affordable price than the established names, investing in young artists can be highly rewarding both financially and emotionally, allowing the collector to build a very personal connection with an artist’s career. 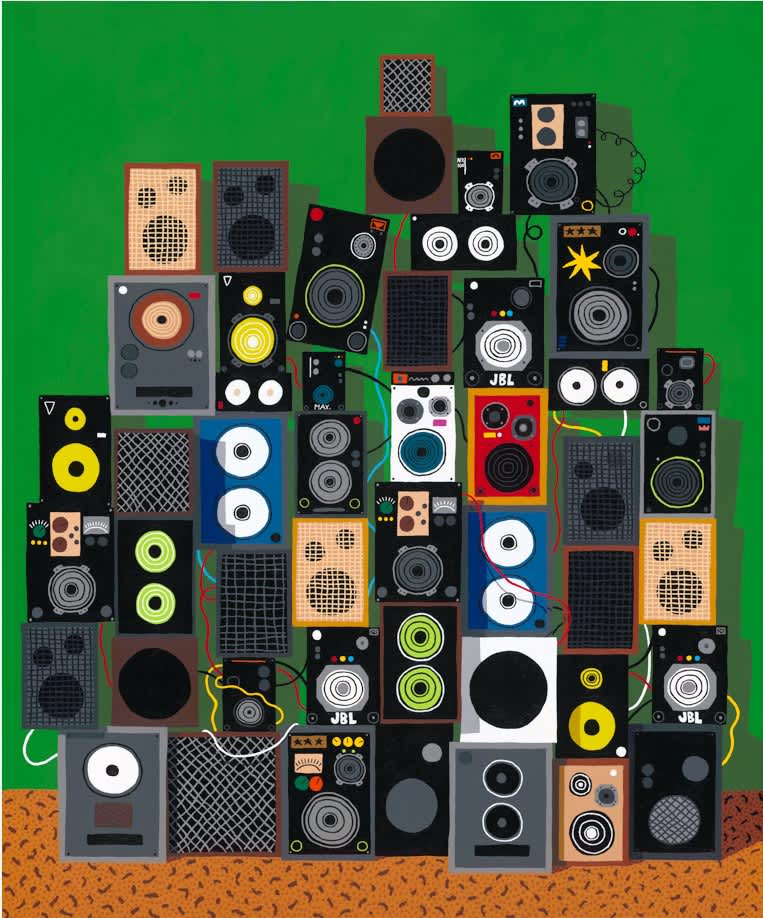 Works by emerging artists can be a very savvy investment, too. Although it is more difficult to estimate how much a work will grow in value over time, emerging art often sees the sharpest rise in value.

3. Collect editions or works on paper

Works on paper go far beyond a sketch or doodle. A robust category that has quickly become a favourite for new investors in the past five years, works on paper have an accessible price point, while enabling their owner to gain a closer relationship with an artist’s creative practice. With an increase in the curation of works on paper through special booths at art fairs and auctions dedicated solely to them, this is a great way for new art collectors to invest in contemporary artists and even blue-chip masters. 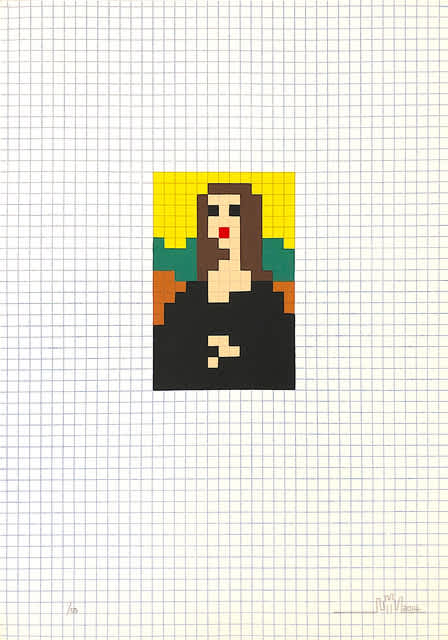 Since 2004, the French street artist Invader has been pioneering a new artistic movement called Rubikcubism. Working exclusively with Rubik’s Cubes, this new art form reinterprets iconic imagery through the pixelated lens of the artist. In 2005, he recreated the iconic Mona Lisa using the pieces from 330 Rubik’s Cubes – the first in a series of works revisiting some of the world’s most iconic images. The artwork, which is included in Invader’s first retrospective at the MIMA Museum Brussels (open until January 2023), achieved £319,200 at auction in 2020.

While his original mosaics and artworks are extremely rare and hard to find in the market, Invader’s prints have extended the reach of his works, with his Low Res Mona Lisa prints selling for more than 14 times higher than they did in 2014.

With their almost mythological status, major works by blue-chip artists have meteoric prices to match. However, artists such as David Hockney, Yayoi Kusama, Damien Hirst, Banksy, Jean-Michel Basquiat and Keith Haring have produced prints and editions of some of their most iconic works, giving collectors the opportunity to buy a print at a fraction of the price of the original. 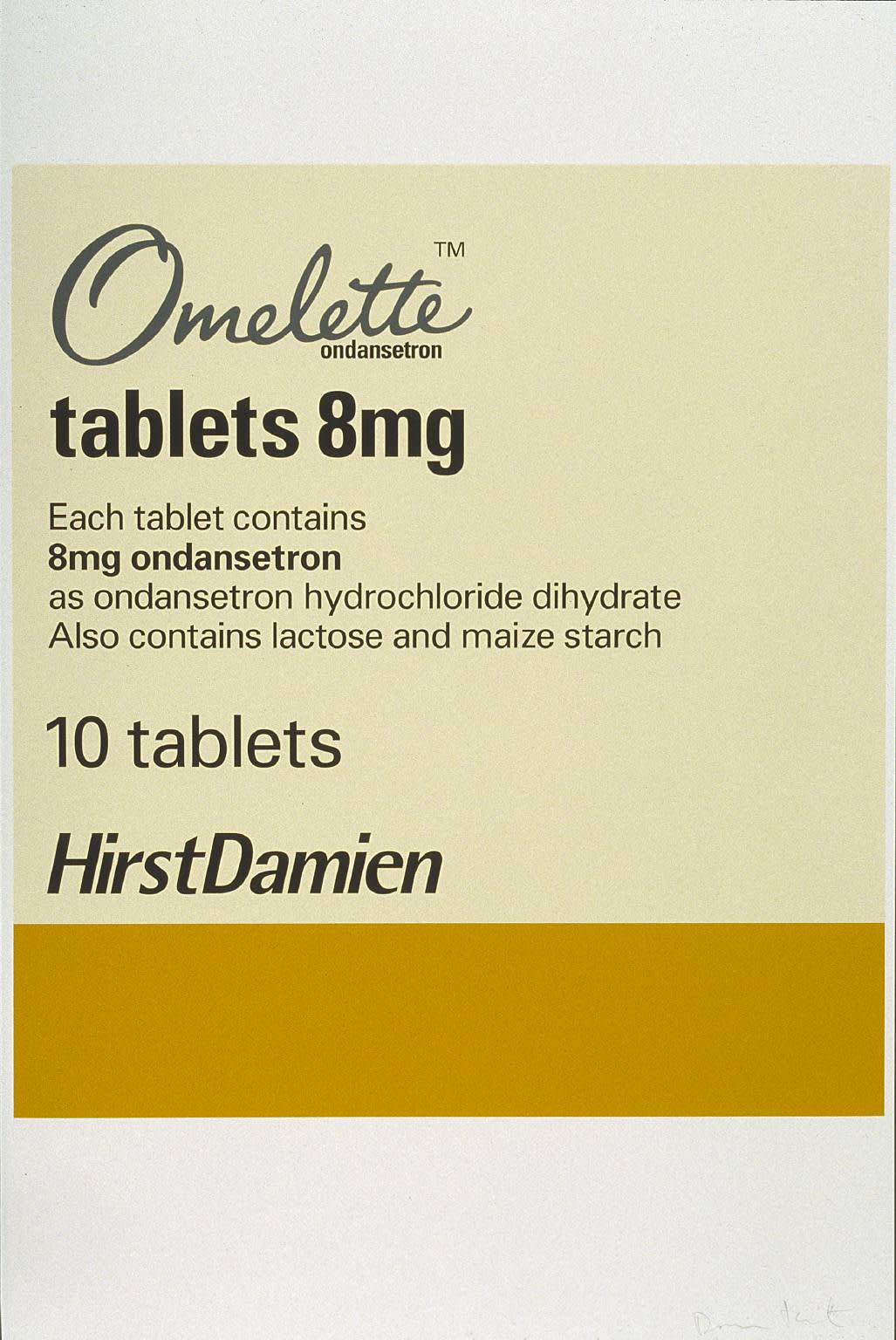 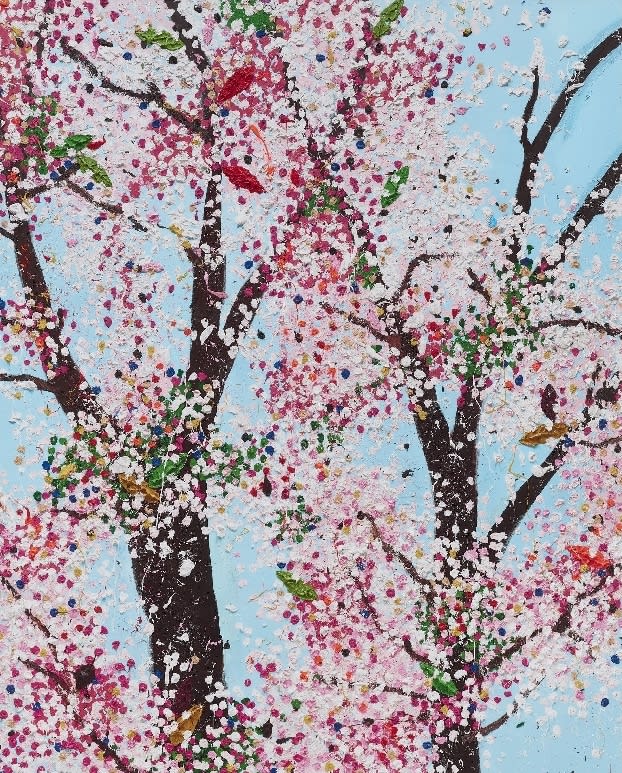 In February 2021, the original bad boy of the art world, Damien Hirst, released a new series called Cherry Blossoms, with each work named after the eight core tenets of the samurai’s Bushido code. Priced at $3,000, an incredible $22.4M of Cherry Blossom prints were sold in just six days.

Patience is a virtue, and this is especially true when investing in art. Since freshness to the market is an important component when valuing art, the longer a collector or investor holds an artwork, the more likely it will increase in price and sell for a profit.

Repeat auction sale data from the Sotheby’s Mei Moses index suggests that works of art held for longer periods benefit most from “the holding period effect”. This was also confirmed in the private sector by Deloitte’s Art and Finance Report, which states that 88% of contemporary art investments held for over 10 years return a profit. 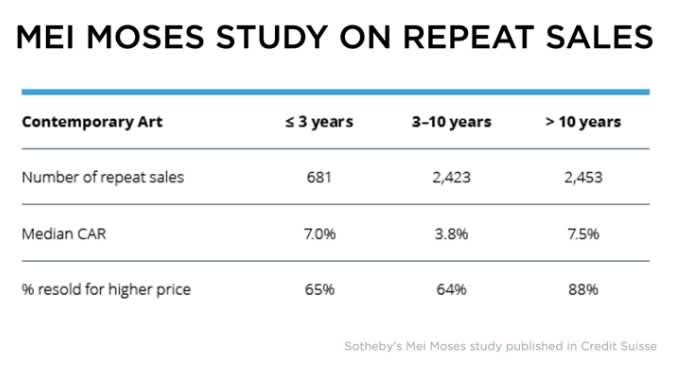 With shorter holding periods and higher net profits, Maddox has historically outperformed public sales. However, we still recommend taking the “holding period effect” into consideration when investing in art.

ARTWORKS TO INVEST IN UNDER £20K

It’s been raining for 150 million years

Ink and marker on paper

Know What I Mean?