5 Things We Love About Stik

Stik’s art can be described as "simplicity itself" - instantly recognisable stick men drawings, made up of six lines, a circle and two dots on a plain background. 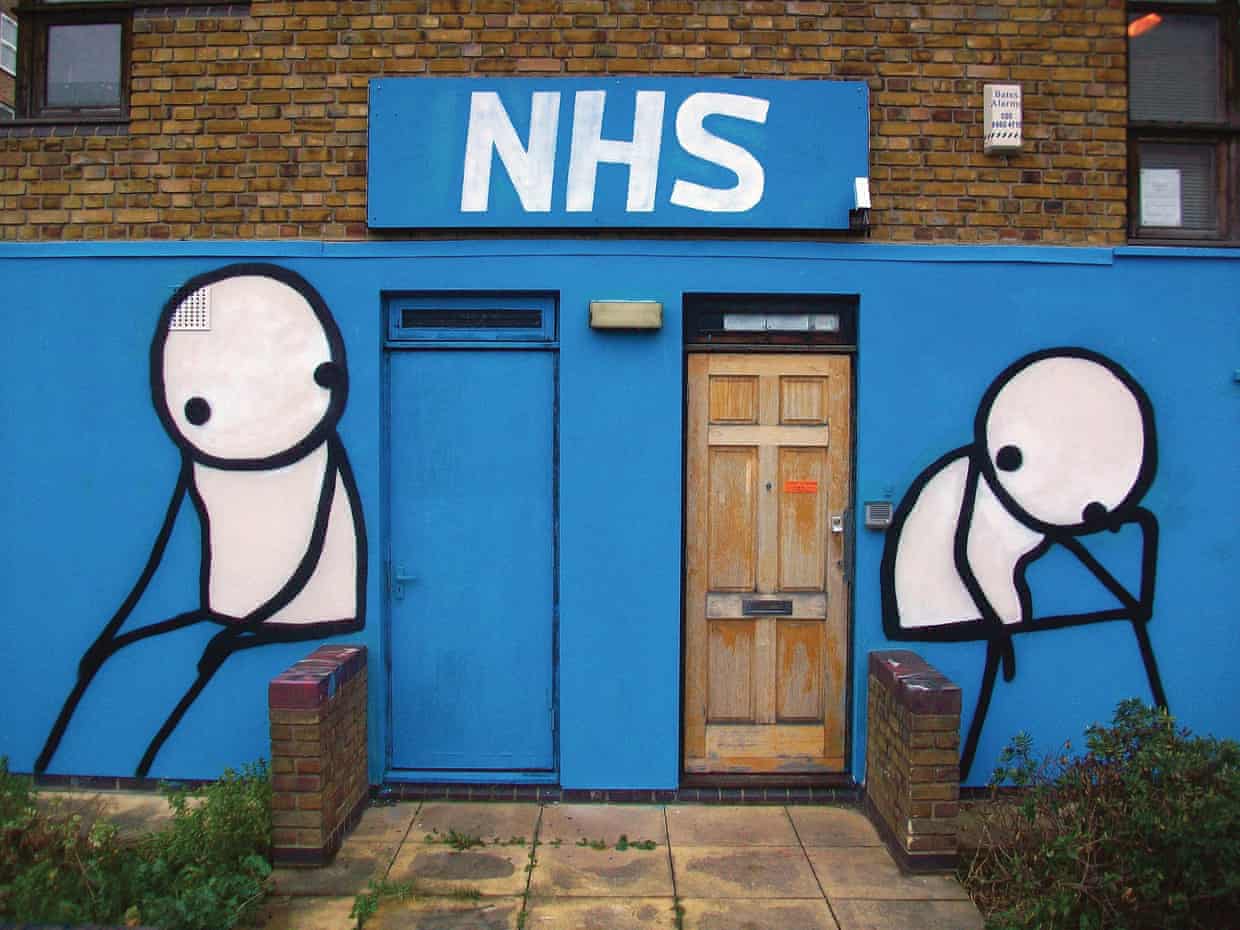 1. Street art is his way of giving back to the people

Though his past may be shrouded in mystery, the artist has been very vocal about one element: he was homeless in the early noughties, and remained so for almost a decade. In 2009 he was given a place at St Mungo’s hostel in Hackney, and it was whilst he was here that he was truly able to focus on his street art and found a sense of purpose. ‘It was the Hackney community that helped me get back on my feet,' he’s said. 'It was squatting and eventually social housing which enabled me to gain a foothold and get back to a decent standard of life. Street art was my way of giving back to the people who helped me.’ He was still in the hostel when he prepared for his first solo exhibition in 2011 at Imitate Modern Gallery.

He’s generous; in 2018, he gave his 8-year-old sculpture, ‘Up on the Roof’, to Cardboard Citizens, a theatre group helping the homeless, for auction. It fetched £150,000. Despite his important role within the art world, very little is known about the iconic street-artist: much like fellow street artist Banksy, he prefers to maintain an anonymous persona. That’s not to say he is unapproachable – he gave street lectures about his work. Merely that he is secretive when it comes to his backstory, though warm and willing to talk about his art. 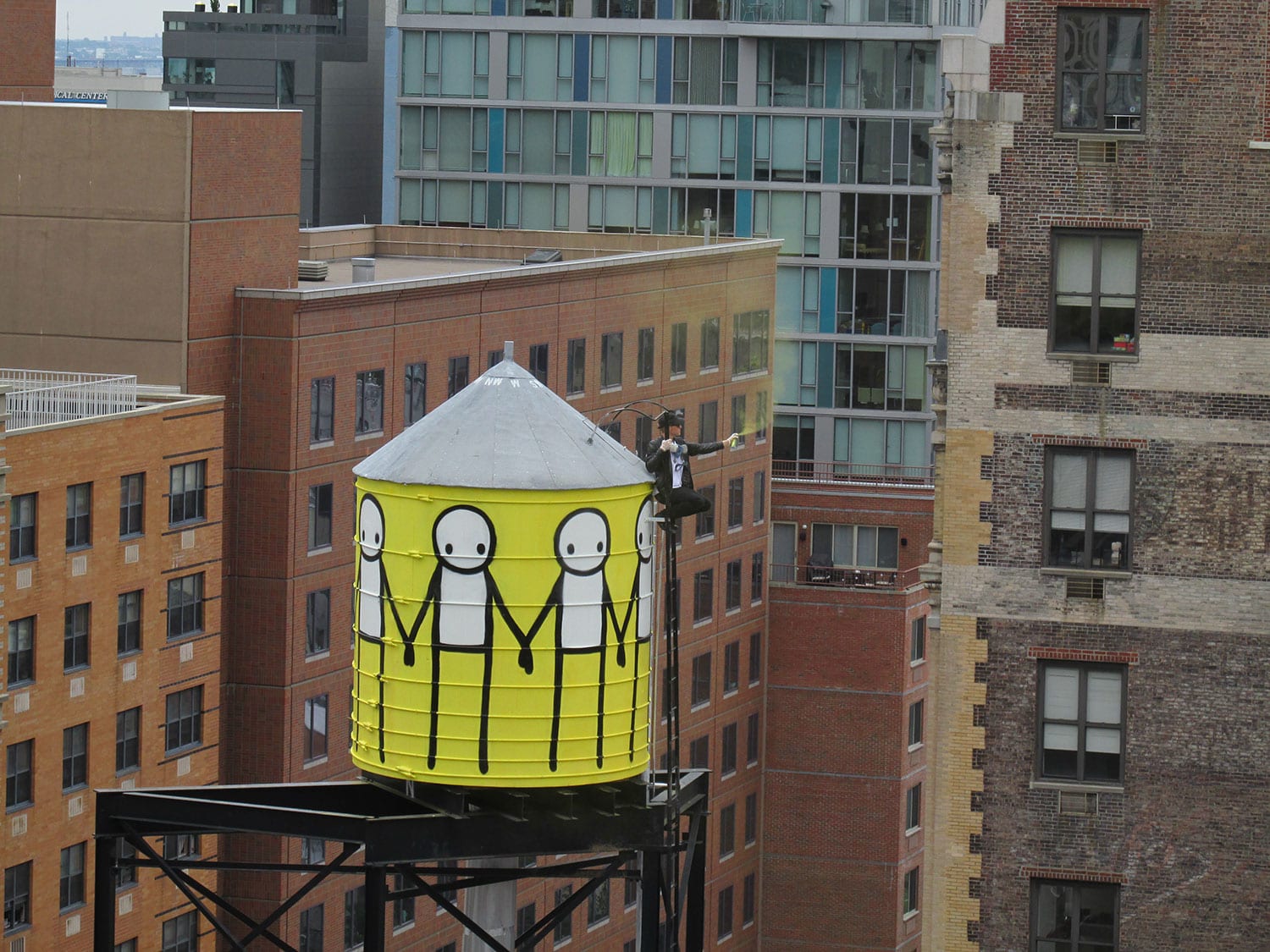 Community is central to Stik’s work and motivation, whether he’s working in the UK, Jordan or Berlin. This element isn’t only represented in his work – the stick symbols are universal and reach beyond notions of race, gender and class, and often seek to comment on social vulnerability in urban sprawls. Instead, the community is inherent to the actual execution of his work. And so - despite approval and invitations from local councils to do murals – it’s the locals that he looks to satisfy. He says, straightforwardly, ‘I would never march straight in and paint on someone’s wall. I think it's really rude to do that, even if you have “official” permission [from local authorities]. I always get the endorsement of the people who actually live there. That’s the most important thing.’

3. His murals are not available for commission

‘Anything that’s visible from the street I do for free,’ says the graffiti artist. This is an element of his practice that Stik won’t budge on. (Initially he had a policy that he’d never sell art, but... well, needs must, and his studio work fetches up to £28,000). Should a council approach him to adorn a space, he takes not a penny and views this as ‘permission’ to get to work. This principle also allows Stik to retain control of what he depicts – such as his famous 2014 mural, the 125ft ‘Little Big Mother,’ which took him nine months to complete on the Charles Hocking House council estate in West London. The building had been condemned for demolition, and Stik used the piece to comment upon the uprooting of communities and marginalised societies: ‘The mother is looking out to the horizon, wondering where she’ll go once the building is demolished, while the child’s eyes are fixed on the luxury apartments being built opposite this social housing block. Obviously the child is not going to be living in those apartments — the final destination is unknown.’ But, as Stik joked after he had finished the piece, ‘I won’t be getting any more commissions from Ealing Council, that’s for sure.’

4. He maintains his street art

‘A Couple Hold Hands in the Street’ is another of Stik’s much loved works, this time in Brick Lane. It is typical of his style and speaks, hopefully and trustingly, to the local community – it is of two stick people, one a Muslim woman and the other a white man, holding hands. Although it is now ten years old, it is still very much in tact – Stik himself regularly takes to the streets to restore his own pieces, removing other graffiti tags scrawled upon them and keeping them looking fresh. It is perhaps this dedication to his work’s survival, together with the way his figures resonate with locals, that stops his works from being removed or defaced.

5. He never went to art school

Of his characters, Stik has said, ‘I started drawing stick people when I was old enough to pick up a pencil, and I just never really stopped.’ That said, his style was also born out of necessity, A necessity familiar to many graffiti artists – the simplicity of his figures meant he could paint them quickly without getting caught, whilst their monochrome colours meant he only needed a can of black spray paint and white wall.

Cute, economical in design, yet packed with emotion, they first began to appear on walls across East London in the late noughties.  Stik quickly picked up something of a cult following, so much so that he was approached to provide artwork for the music magazine Q's awards. From there his fan base expanded swiftly, with the likes of Elton John, Bono, Tinie Tempah and even the Duke of Kent buying his works. He’s since worked with contemporary galleries and various other organisations, some political, as well as doing his own charitable work.