A Guide to Marc Quinn

Five things to know about the British contemporary artist making waves in the art world.

Born in London in 1964, Marc Quinn is a popular visual artist whose work extends across painting, sculpture and installation. He has exhibited worldwide at industry renowned institutions including the Tate Gallery and National Portrait Gallery, the Fondazione Prada in Milan, Italy and the Beveler Foundation in Riehen, Switzerland.

In honour of his 57th birthday taking place on the 8th January, we reflected on the incredible career of this daring contemporary artist and have curated a comprehensive guide of five interesting facts to know about Marc Quinn.

He came into prominence with a sculpture he created with his own blood.

It was in 1991 that Marc Quinn first gained critical acclaim with his sculpture Self. The sculpture is a life-sized self-portrait bust, crafted entirely out of Quinn’s own blood. The sculpture was cast with ten pints of Quinn’s frozen blood and must be kept at sub-zero temperatures to retain its appearance. Quinn notes that the work was a comment upon human dependency and the need to be connected to something in order to survive. Since originally casting Self in 1991, Quinn has gone on to cast four more busts at five-year intervals to record a cumulative index of passing time.

His art considers human experience and man’s relationship with nature.

Man’s relationship with nature is at the core of all of Marc Quinn’s work. From Garden, his 2000 artwork that saw a full garden frozen and submerged in low viscosity silicon oil, to his oil paintings of frozen flowers, Quinn’s work not only examines the human condition but also how that interacts with nature.

He creates art in a number of different mediums.

Marc Quinn is a multi-disciplinary artist and works in a plethora of different mediums. He uses both traditional mediums and methods, such as hyper-realistic oil painting and casting bronze sculptures, as well as more unorthodox materials, such as silicon, blood and even human DNA. In 2000, Quinn was commissioned to create a portrait of Sir John Sulston, Nobel Laureate to commemorate his work on the sequencing of the human genome. Quinn opted to use Sulston’s actual DNA rather than taking the traditional approach in honour of Sulston’s scientific pursuits.

He was commissioned to create art for The Fourth Plinth in Trafalgar Square.

In 2005, Quinn was chosen to create a sculpture for The Fourth Plinth in Trafalgar Square. Since 1998, notable contemporary artists have been commissioned each year to create an artwork for the plinth that comments upon complex and current issues. In 2005, Quinn created Alison Lapper Pregnant, a monument to commemorate his contemporary, artist Alison Lapper. Born without arms or legs, the sculpture depicts Lapper during her pregnancy, with the aim of the sculpture to be the celebration of the diversity of humanity. The sculpture was widely celebrated by the public and critics alike, with British journalist Rachel Cooke, describing the art in The Observer as ‘bold, brave and beautiful.’

He created a public installation inspired by the Black Lives Matter movement.

Following the Black Lives Matter demonstrations of 2020, Quinn partnered with protester Jen Reid to create a public installation to commemorate the toppling of Edward Colston’s statue in Bristol and more generally, to honour the Black Lives Matter movement. Quinn created a life-size bronze sculpture of Reid standing upon the vacant plinth with her fist raised in a Black Power pose. The sculpture – based on a photograph captured in the moments following the demonstrations – has been the centre of much debate, with many critics deeming it ironic for a white artist to create artwork commemorating the events..

However, Quinn has noted that the sculpture is only a temporary artwork and is in no way a permanent solution to what should be on the plinth. In a public statement, he described the sculpture as ‘a spark which [he and Reid] hope will help to bring continued attention to this vital and pressing issue.’ 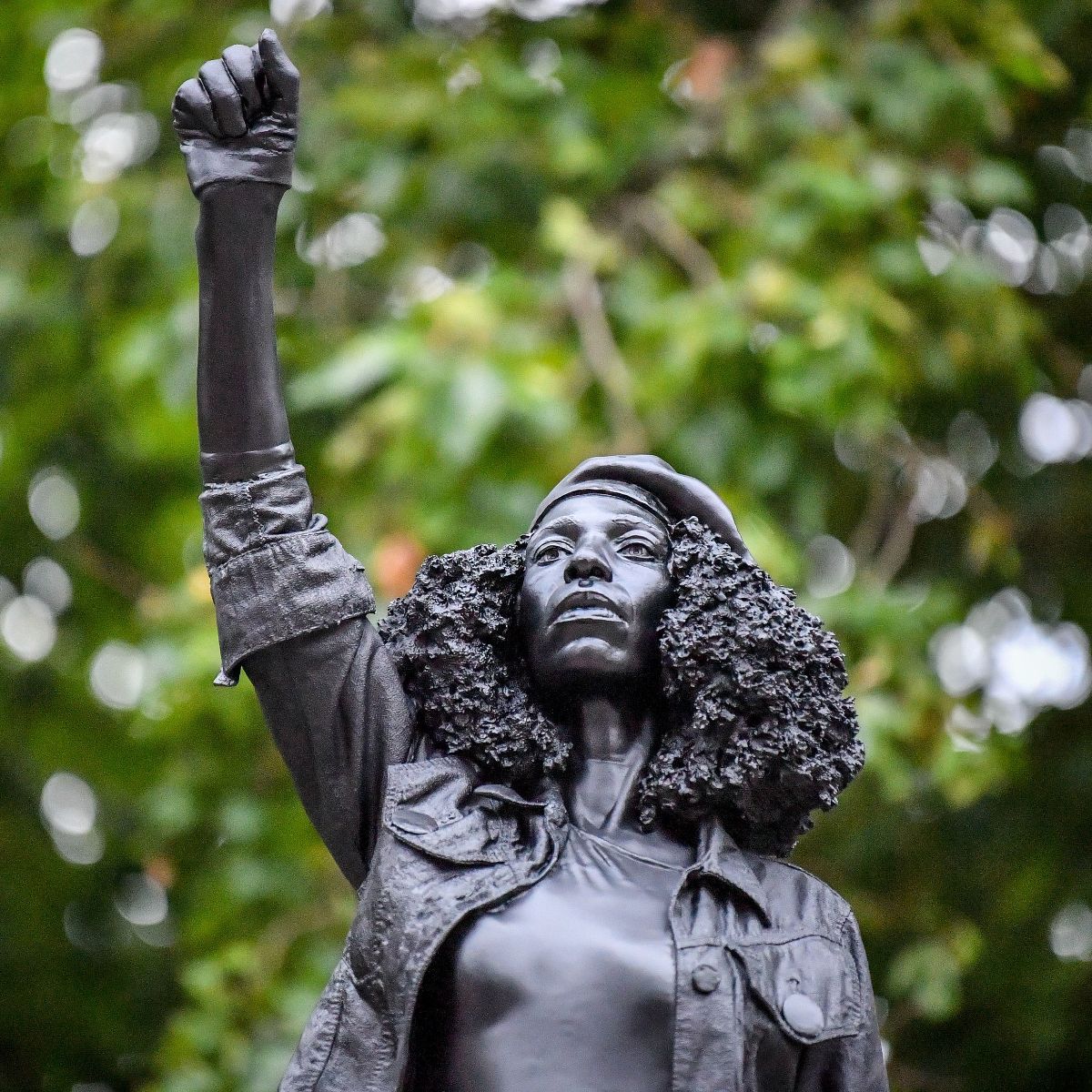 At the Far Edges of the Universe #1

At the Far Edges of the Universe #2

At the Far Edges of the Universe #4