Statement Sculptures and Monochrome Murals: A 2021 Update On Our Artists

As 2020 drew to a close, there was no sign of slowing down for our artists, with many unveiling exciting projects to reflect upon the past and welcome in the New Year.

Swapping wintry Europe for warmer climes, Klibansky’s artwork has gone transnational. In December of last year and ahead of New Year’s Eve celebrations, Klibansky and his team travelled to the United Arab Emirates to install a large sculpture in downtown Dubai. Rendered in his iconic polished bronze, this monumental monkey stands at over 3 meters tall. The artwork, named Birthday Suit, is situated in The Galliard; a popular restaurant in the city. The manager of the restaurant, Mert Turkman, told a local newspaper, "The Galliard has always been a place of firsts. We are very happy to start 2021 with this wonderful and famous sculpture." Klibansky’s playful sculptures punctuates the Dubai skyline in glittering gold, shimmering proudly in front of one of Dubai’s greatest treasures, the Burj Khalifa.

Last month, Lefty Out There transformed the façade of Maddox Gallery in LA, covering the exterior of the building with his iconic squiggle motif. The artist left no surface untouched with his monumental mural. Starting with the outline, Lefty proceeded to cover the walls with a bold black and white design, setting the building apart from the others in the fashionable West Hollywood district.

To discover more about Lefty’s process, watch the creation of the mural here.

In December, Mike Dargas teamed up with former NCAA basketball player and social media phenomenon, Austin McBroom. The former basketball star, who has over 17 million followers across his social media channels, tasked Dargas with creating the perfect surprise Christmas gift for his wife. Over the course of a month, Dargas worked on depicting Catherine McBroom in his signature style. The hyper-realistic oil painting resembled many of his previous works, such as Sweet Kisses, with the use of honey to add a tactile element to his work.  The large-scale painting was enthusiastically received by both McBroom’s wife and the millions of their adoring followers, proving that art truly is the perfect gift. Watch the vlog below, which now has over 3 million views:

On November 25th 2020, tragedy struck as Argentine football icon Diego Maradona passed away at the age of 60. Maradona, to many, is considered to be one of the greatest footballers of all time and his untimely death brought Argentina to a standstill. For David Yarrow, Maradona’s death was also a momentous moment, as it announced the photographer’s first break in the industry, marked by capturing the famous footballer at the 1986 World Cup. Yarrow reportedly notes that "Maradona was a genius, and [he] owes him so much." The photographer was only 20 years old when he snuck on to the football pitch in Mexico City to snap his perfect shot, and whether it was part of an ingenious strategy or Yarrow simply struck gold, Yarrow’s image of Maradona has undoubtedly shaped the photographer’s career. 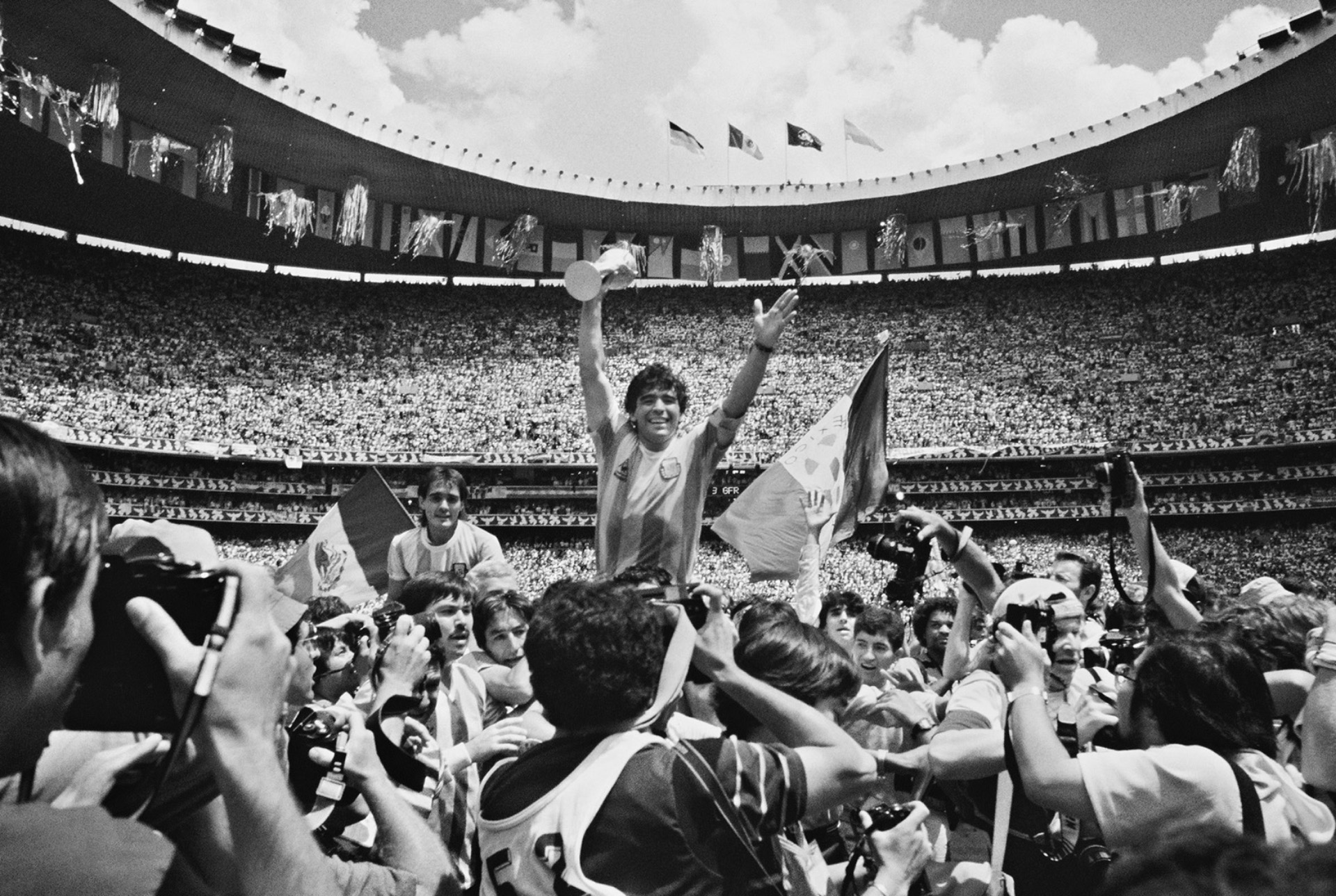 The Richest Hill In The World

The Girl on the Train