CATCH UP WITH DAVID YARROW'S PODCAST: IN FOCUS

Travel the globe from the comfort of your own home by catching up on Yarrow's latest podcast series, In Focus

Detailing his trips to the snow-capped mountains of Norway and the dusty deserts of South Sudan, David Yarrow’s podcast transports you to some of the most remote places in the world. Describing a new location each week, In Focus is a six episode series that tells the breath-taking stories behind Yarrow’s iconic photographs. Whether you are tuning in for a specific episode or listening to the whole series, we’ve outlined a summary of the podcast to date so you can start listening straight away.

In 2019, Yarrow knew he would have to battle the short daylight hours and frosty winds of Norway to take his coveted picture of an orca. What the photographer didn’t anticipate was his sudden plunge into the icy depths of the Norwegian sea, joining the killers in the frozen waters. Hear the treacherous tale behind his perspective-shifting orca photo, The Killers (2019).

From watching football with Japanese hijackers to smuggling memory cards out of the country, Yarrow takes us through his eye-opening trip to uncover the real North Korea. Photographed outside of Pyongyang, Yarrow’s cinematic Blade Runner (2018) details the hidden gritty industry district, unseen by the Western world. 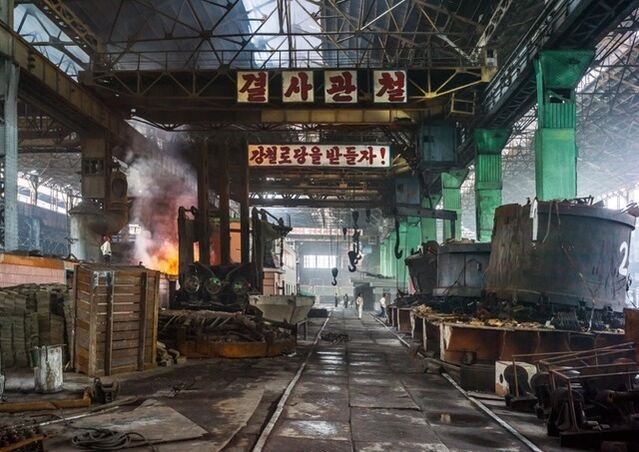 Trying to achieve that which other photographers have failed to, Yarrow travelled around the globe to get the perfect shot of a polar bear. Majestic but lethal, polar bears are poor candidates for portrait photography as getting too close can be fatal. Yet, in this episode, with the help of a few friends and a some knowledgeable locals, Yarrow executes his powerful polar bear photographs: 78 Degrees North (2017), Diamonds in the Sky (2018) and Hello (2015).

Whether it be avoiding flaming cow dung or wading across the crocodile-infested Nile, Yarrow’s trips are never short of drama. In this episode, Yarrow recalls his travels in South Sudan where he photographed the Dinka people, creating Mankind (2015), the image that catalysed his journey to becoming one of the world’s most celebrated photographers.

From majestic masses of colossal elephants to super-model Cindy Crawford’s trip to a ghost town in Montana, the final two episodes of In Focus promise just as much intrigue and drama as the previous chapters. So stop the search for new content, and tune in with us this Wednesday for the next episode!

In Focus with David Yarrow is a six-episode series. To tune in to episode 5, being released this Wednesday 3rd, please visit: https://www.davidyarrowpodcast.com or tune in to wherever you get your podcasts.

All You Need is Love

On The Road Again