Kusama To Koons: 7 Seasonal Artworks To Get You In The Summer Mood

With the weather getting warmer and the days getting longer, we look at the artworks set to inspire you for the summer season ahead.

With increased sunshine and bank holidays galore, the prospects for this year’s summer are looking good. In celebration of the season, we present seven artworks guaranteed to help you bask in the sunshine, from the nostalgic photographs of Terry O’Neill to the vibrant compositions of Yayoi Kusama. 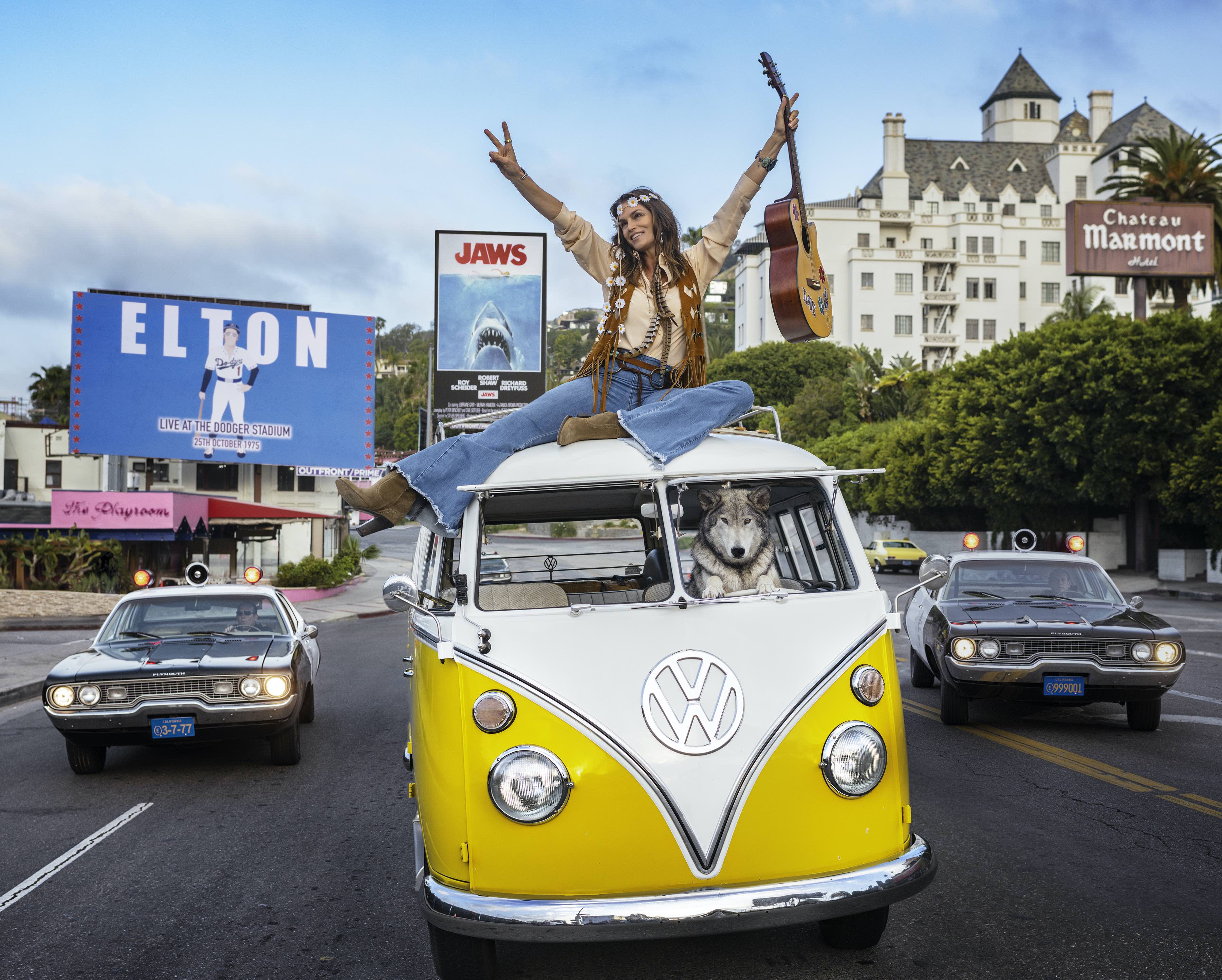 Known for his atmospheric photographs, David Yarrow is a British contemporary photographic artist who fuses cinematic narrative with breath-taking landscapes. One of his latest images, The Summer of ‘75 transports the viewer back to the disco, bell-bottoms epoch of the 1970s, with Cindy Crawford taking centre stage. On the photograph, Yarrow comments “I decided that we could go back in time to an era when Hollywood was free rolling, liberal and fun and all the props would emphatically play to that moment in time. It was the love and peace summer of 1975”. Taken on the iconic strip of Sunset Boulevard, this artwork truly captures that summer feeling.

Gazing Ball (Monet Water Lilies) is part of contemporary artist Jeff Koons’ iconic Gazing Ball series. For this body of work, he takes canonical artworks and adds a reflective panel to ‘connect the viewer to a family of representations from our cultural history in real time’. This specific artwork is inspired by Claude Monet’s Water Lilies series, a collection of 250 oil paintings that were produced over a period of 30 years by the French Impressionist. Synonymous with French summer, Water Lilies were painted plein-air, allowing Monet to depict the flora around him with accuracy and emotion. In Koons’ adaptation of this work, the viewer is even more connected to the scene, placing us directly in Monet’s garden in Giverny, Normandy.

There is no contemporary artist more vibrant and vivid than Yayoi Kusama. From enchanting immersive installations to her mesmerising prints, the work of the Japanese artist brings universal joy. Her ongoing fascination with nature has been central to her practice with her radical works featuring pumpkins, flowers and tentacular creatures that hook and multiply, all adorned in her signature polka-dots. Bright as it is brilliant, Flowers is representative of Kusama’s playful style. With the lilies blossoming into full bloom, you cannot help but smile at the charming screen print.

Inspired by the iconic Pepsi Ad directed by Joe Pytka in 1992, Yarrow’s homage to the commercial does more than justice to the original. Featuring Cindy Crawford, the same model as in the vintage advertisement, Yarrow’s image captures the seduction of a cold drink on a blisteringly hot day. Printed in intense colour, a departure from Yarrow’s usual monochrome shots, the artwork radiates the vibrancy of summer. On the photograph, Yarrow notes “For some time I had yearned to do my own interpretation of the advert with a still photograph and I secured Cindy’s involvement, who in turn secured Pepsi’s approval. The Halfway House has not changed at all from 1992 and neither really has Cindy”.

Renowned for his images of the Swinging Sixties, Terry O’Neill defined fashion photography as we know it, capturing everyone from Brigitte Bardot to David Bowie. Over the summer of 1966, O’Neill shot several evocative pictures of Audrey Hepburn in the South of France. On the photograph, O’Neill reportedly noted, ‘Audrey hated the water – she was afraid of it. But the scene [from the film Two for the Road] had to be shot. I remember the whole set-up because it was a production. There were divers just out of camera waiting to dive in if she needed help. I stood on the other side of the pool and captured some beautiful photos, in black and white and in colour of her in and out of the pool’.

Synonymous with summer, Coca Cola is an iconic drink that transports us to cherished holidays past. In this print, the Miaz Brothers present us with the recognisable red packaging, depicted in their signature hazy style. Hand-finished with spray-paint, the drinks can seems to almost drip with condensation, evoking the sense that if only the viewer could reach their hand through the canvas, they could take a sip of the refreshing drink. With the days getting sunnier, this print is guaranteed to revive you this summer.

Andrae Green is a contemporary American artist known for his paintings of overlapping colourful figures, patterns and landscapes. A recent series of his entitled Divers, depicts various intersecting figures jumping from rocks into the sea. Green gradually layers different elements, building each painting in the series into a uniquely imagined world. The rugged coast is rendered in sharp pinks and acidic yellows, yet the mellow purple tones of the sea below look inviting. As figures flip and jump from the board above, the spontaneity of an active summer is perfectly portrayed.