From Stone Age To Street Art: The Marks That Make History

In celebration of our latest Los Angeles exhibition A Simple Mark, we look at the global history of mark-making from the Blombos Caves of South Africa to Banksy’s graffiti.

Opening 7th April, Maddox Gallery Los Angeles is delighted to present their latest exhibition entitled, A Simple Mark. This group exhibition features graphic and vibrant work from a range of artists who each create their pieces through unique mark-making processes. Bringing together artworks by Banksy, Lefty Out There and RETNA, each artist has created form and meaning out of a simple mark. In celebration of this exciting show, we look at the history of mark-making, mapping it from its conception to current day, investigating what artistic gestures can reveal about an artist and their society.

The Blombos Caves: Making Our Mark

Until the early 1990s, it was thought that the oldest known drawings by humankind resided in caves in France and Spain. These line drawings dated back 30,000 to 40,000 years and their discovery neatly abided with antiquity’s Eurocentric narrative that promoted Europe as the hub of creativity.

However, in 1991, a team led by renowned archaeologist Christopher Henshilwood, discovered cave drawings that pre-dated the European discoveries by 30,000 years. These were found in the Blombos Caves of South Africa and have become the oldest known creative marks made by human. Archaeologists believe these drawings were created by dragging an iron-rich rock across silcrete stone, leaving behind a red geometric pattern that is widely considered one of the oldest drawings in the world. Although the intent behind the sketches remain unknown, the ochre crayon cross-hatching dates back 73,000 years and indicate humankind’s innate need to express themselves through mark-making. 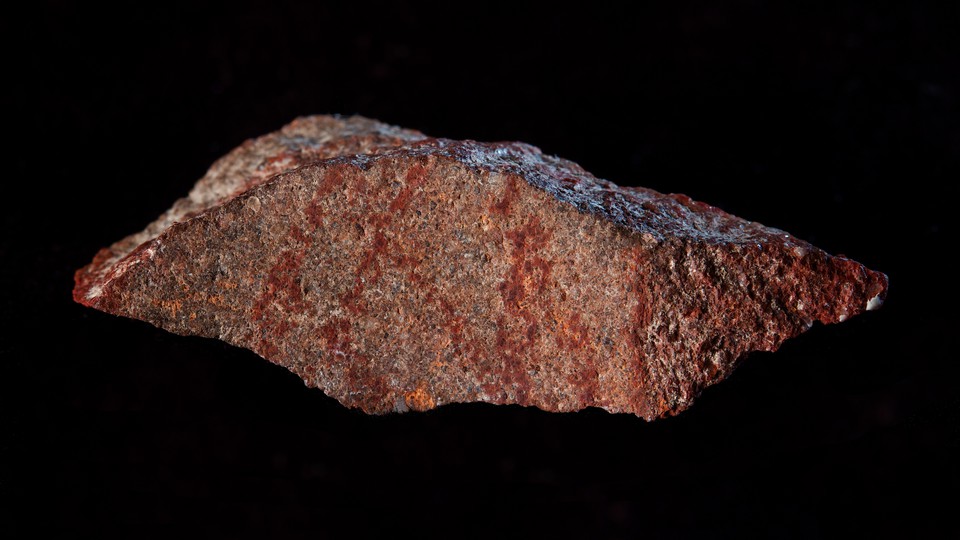 Since then, mark-making has become central to creative practices across the globe. Whether it be with a stone crayon, by a stroke of a brush or a spray of paint, artists use gestural symbols and scratches to express their emotion and assert place in the world. From the swirling marks of Van Gogh to the dynamic splatters of Jackson Pollock, the way these lines and patterns are created have come to define art movements.

For example, Impressionist paintings can be categorised by their fine yet visible brushstrokes, with Post-Impressionists like Seurat taking it a step further, replacing thin strokes with delicate daubs of accurately placed paint. For Abstract Expressionists, the looseness of the brushstrokes defined their art movement. Gestural arcs of paint drip and splash on to the canvas with an unbridled sense of dynamism that ultimately led to the movement being referred to as ‘Action Painting’. Whether controlled or spontaneous, executed with force or with care, how a mark is created is central to an artwork and its history.

For graffiti and street art, this is a history that is ever-growing. In the 1990s, Banksy revolutionised the genre when he took to the streets of Bristol, not just with a spray-can but also with stencil in hand. His unique method allows for quick execution and accurate results and has since become his signature style. Previously graffiti artists had tagged walls or sprayed streets free hand, making gestural marks with aerosol paints. Yet, Banksy’s stencil approach allows the artist to create more detailed murals in just the same amount of time, meaning that his visual language has become as impactful as it is ubiquitous.

Other street artists have also created visual languages rooted in graffiti such as RETNA. The Los Angeles born artist mines from a vast archive of typography, with his artwork taking inspiration from the visual mark-making of hieroglyphs, calligraphy and other scripts. Street art and graffiti as a genre, continues to thrive as its own visual language, proving the continuing need for human-kind to communicate through mark-making, even in the present day.

Birds Of A Feather (Diptych)

Everyone's Looking for Something

Oil and Acrylic on Canvas